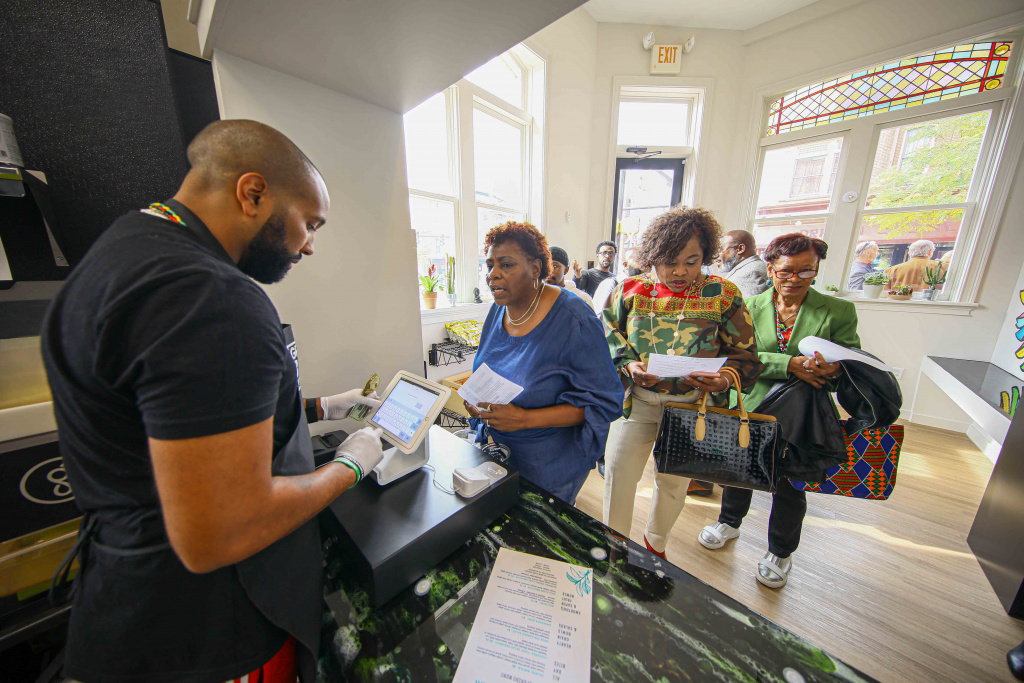 “We are very pleased to welcome these two successful businesses to this beautiful new space on Market Street,” said the Mayor. “Wilmington’s already thriving Downtown District is fortunate to have the talent, creativity, drive, and innovation of these young entrepreneurs, all of whom are committed to enriching the City’s cultural life while also nourishing – literally and figuratively – the communities that they serve.”

Green Box Kitchen, at 400 North Market Street, is a fast-casual vegan eatery and juice bar, serving hand-crafted salads, grain bowls, smoothies, açaí bowls, cold-pressed juices, and other fresh foods that are both delicious and always 100% plant-based. The restaurant is an outgrowth of Wilmington Green Box, a 501(c)(3) non-profit formed in 2016 and centered on providing jobs for local at-risk teens while supplying so-called urban “food deserts” with access to healthy goods. Both organizations are committed to hiring community members and fulfilling market demand for healthy dining options that anyone can enjoy on a consistent basis.

Jet Phynx Films, next door at 408 North Market Street, was incorporated as an independent film company in 2015. It specializes in entertainment and lifestyle branding, offering digital content such as video production, photography, motion graphics, graphic and sound design, and music production, and boasts a client list that includes Lady Gaga, Kanye West, Coca-Cola, Under Armour, Roc Nation, RCA Records, Atlantic Records, Skechers, Zelle, and Soundcloud among others. Jet Phynx Films strives to offer a space that will help “creatives and executives bring their imagination to life.”