BIG3 BRINGS HOT SHOTS AND ENTERTAINMENT TO THE ATL 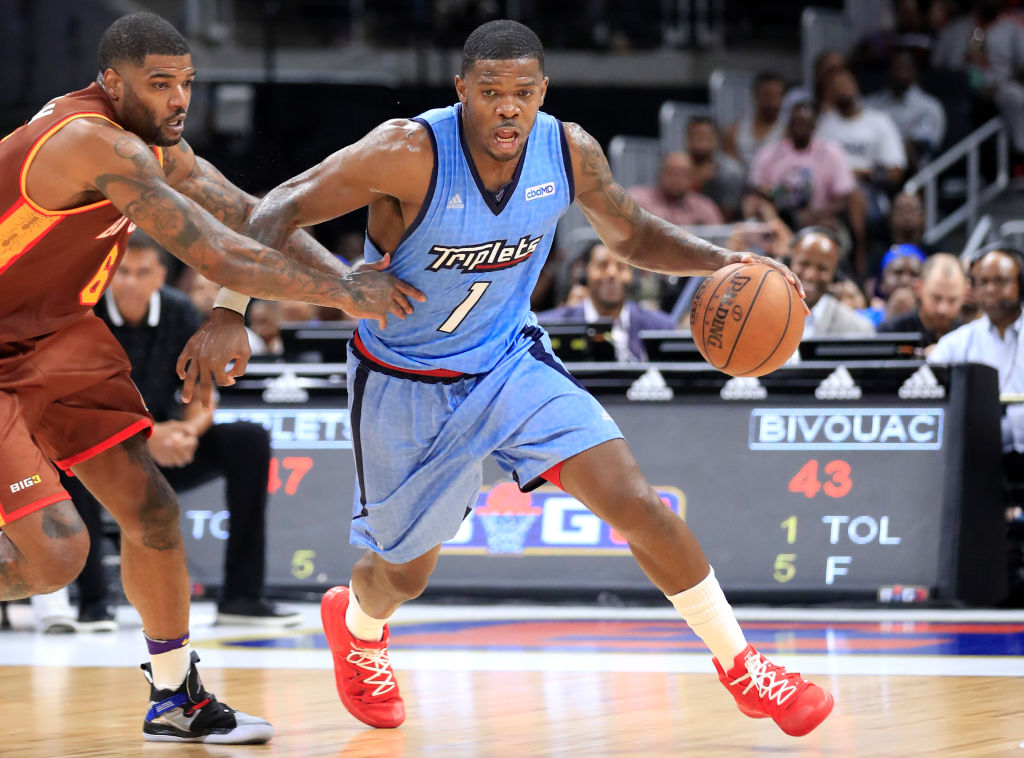 It was a homecoming for former Atlanta Hawks stars Joe Johnson and Josh Smith. “Iso” Joe came into Week 3 as the BIG3’s second leading scorer, averaging 23 points a game, but it was Smith who brought the early energy, scoring 19 in the first half to help Bivouac take a 25-14 lead at the break.

During the postgame press conference, Hall of Fame Legend Lisa Leslie said, “You learn the most about people during tough times and we were in a tough situation”. The Triplets clearly took their coach’s words to heart, steadily chipping away at a 12-point deficit, getting key contributions from Chris Johnson and Alan Anderson. Ultimately, Johsnon’s explosive game would prove to be too much for Bivouac, as the former Atlanta Hawk added to his MVP-calibur campaign with 24 of his teams 37 points in the second half to keep the Triplet’s undefeated season alive. 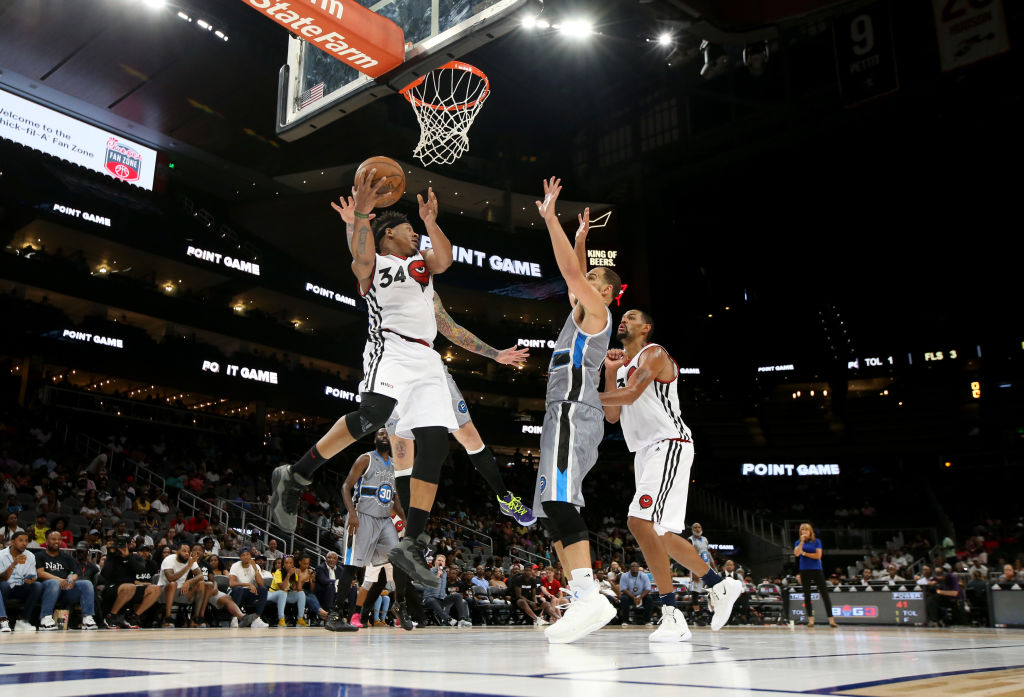 ATLANTA, GEORGIA – JULY 07: David Hawkins #34 of Trilogy gets the rebound against Power during week three of the BIG3 three on three basketball league at State Farm Arena on July 07, 2019 in Atlanta, Georgia. (Photo by Andy Lyons/BIG3/Getty Images)

The second game of the night featured a battle of unbeatens, as Charles the “King of New York” Oakley’s Killer 3s put their perfect season on the line against Gary “The Glove” Payton’s 3 Headed Monsters.

As expected, the contest proved to be a physical matchup from the early going. Led by NBA Champion and Captain Stephen “Stak” Jackson, Killer 3s went on an 11-2 run to take a small 25-21 lead into the half.

Refusing to go down easy, 16-year NBA veteran and 3 Headed Monsters’ Captain Rashard Lewis put his squad on his shoulders, accounting for his teams’ first 10 points coming out of the break. Mario Chalmers showed his championship mentality, pouring in bucket after bucket to bring 3 Headed Monsters within one late. Ultimately, Chalmers’ late game heroics would not be enough as the shifty Frank “Nitty” Sessions impressed with several spectacular drives to close out the victory for Killer 3s. 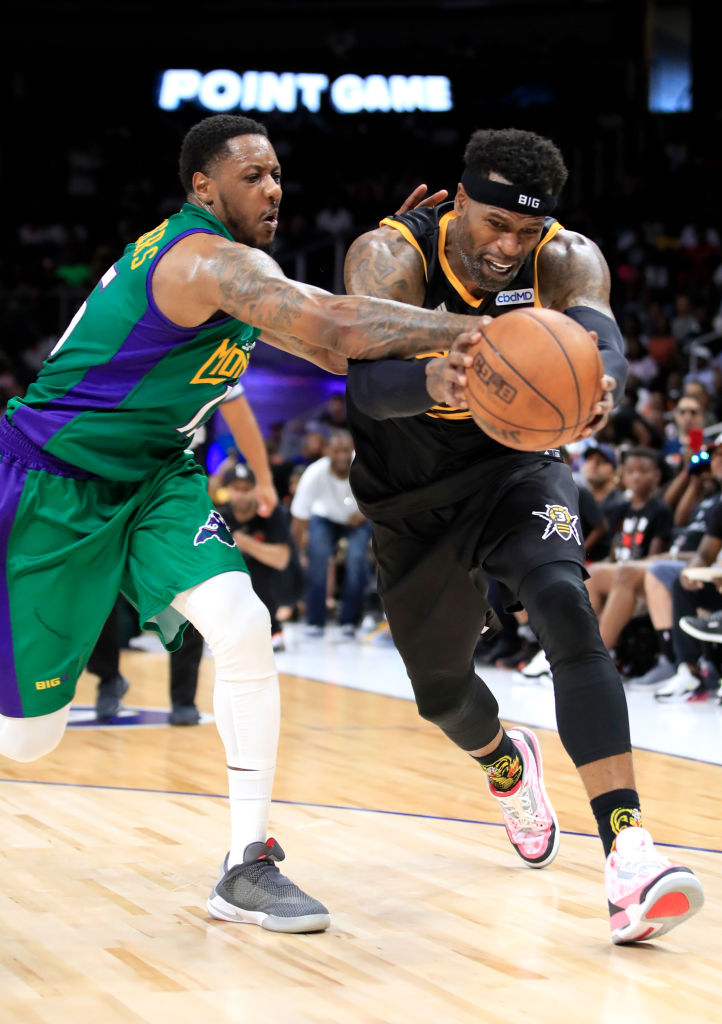 After allowing Power to score the game’s first basket, Trilogy went on an 11-0 run and never looked back. Nancy Lieberman’s side was hobbled after a first half ejection to Glen Davis, who gave his uniform and positive energy to the crowd, and a second half injury to MVP candidate Cuttino Mobley.

Amplified by inspired performances from David Hawkins and Patrick O’Bryant, Trilogy kept the pressure on to secure a much needed win.

ABOUT BIG3: BIG3 (BIG3.COM) is where basketball superstars play. The premier half-court, 3-on-3 basketball league, BIG3 features many of the greatest, most popular and skilled players of all time.  Founded by producer, actor and music legend Ice Cube and entertainment executive Jeff Kwatinetz, the BIG3 combines highly competitive, physical, fast basketball and incredible fan experiences.