The City of Wilmington today joined with its many communities, and state, federal, and private partners to officially dedicate the new Southbridge Wilmington Wetlands Park. The park, which was planned, developed, and constructed over a period of 16 years and at a cost of $26 million, is bordered by A Street, Walnut Street, and Garasches Lane in South Wilmington.

The Southbridge Wilmington Wetlands Park is not only the City’s newest public park for enjoyment, relaxation, and recreation, but is, just as importantly, a 20-acre stormwater management facility that is helping to restore and enhance 14 acres of wetlands, increase stormwater capacity, and reduce tidal flooding dangers in the southern and lowest-lying portion of the City.

Mayor Mike Purzycki, who welcomed guests to today’s dedication ceremony, said it is fitting that the site of the new community park was originally identified by the community when residents of Southbridge and South Wilmington advocated for it in the mid-2000s. Mayor Purzycki is the third Mayor, along with Mayors James Baker and Dennis Williams, to govern the City while the facility was being either planned or built. Mayor Purzycki said the community correctly selected this natural setting as an ideal location to create a park-like facility that also would help to mitigate environmental concerns and neighborhood flooding. 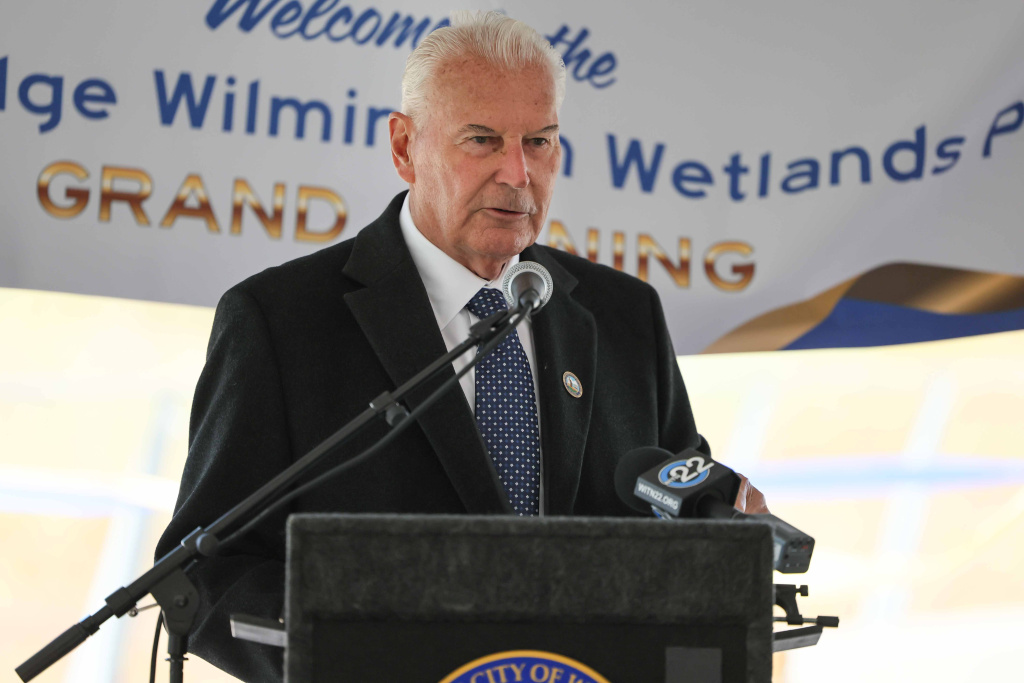 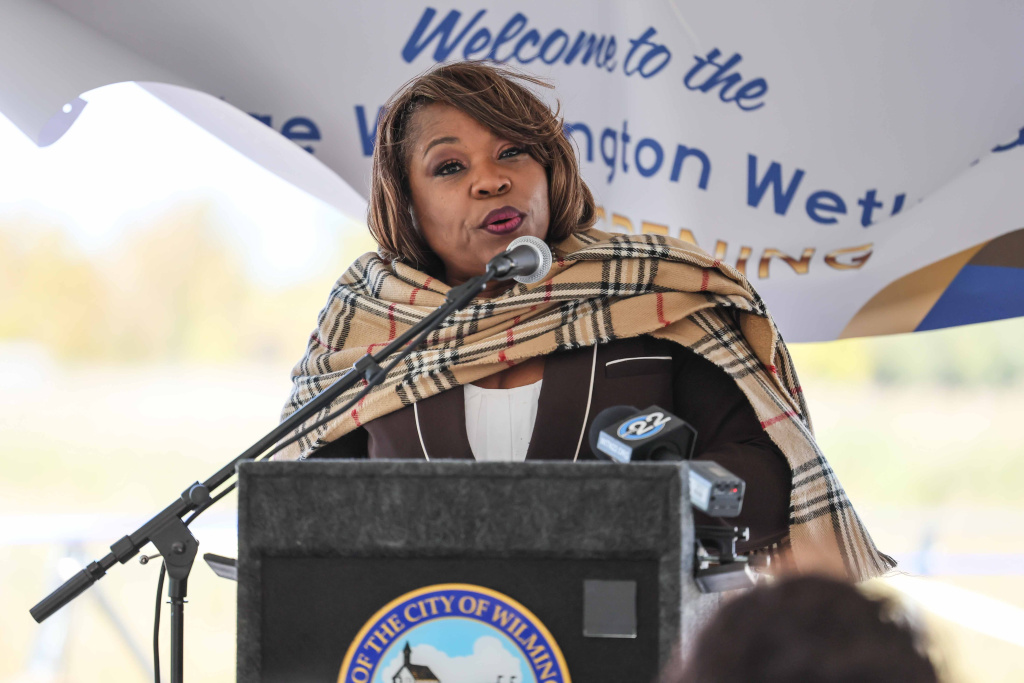 The work to control flooding and increase stormwater capacity in South Wilmington is not finished, however. Mayor Purzycki and the City’s Public Works Commissioner, Kelly Williams, said the City is moving rapidly to complete another important element of the flood mitigation plan for South Wilmington—a sewer separation project that is expected to be completed in late 2023. Specifically, the City is separating 36 acres of Combined Sewer Overflow (CSO) pipes into stormwater and sewer pipes.

Commissioner Williams explained the rainwater will flow through the new stormwater pipes and into the restored wetlands park where it will be held and gradually released into the Christina River, and the sewer pipes will take waste directly to the City’s wastewater treatment plant. The Mayor and Commissioner noted that every completed step of the wetlands and sewer separation projects brings us steps closer to slowing and controlling the natural flow of water, thereby reducing its chance of overtaking the land and further affecting the approximately 1,000 residents of the historic Southbridge neighborhood. 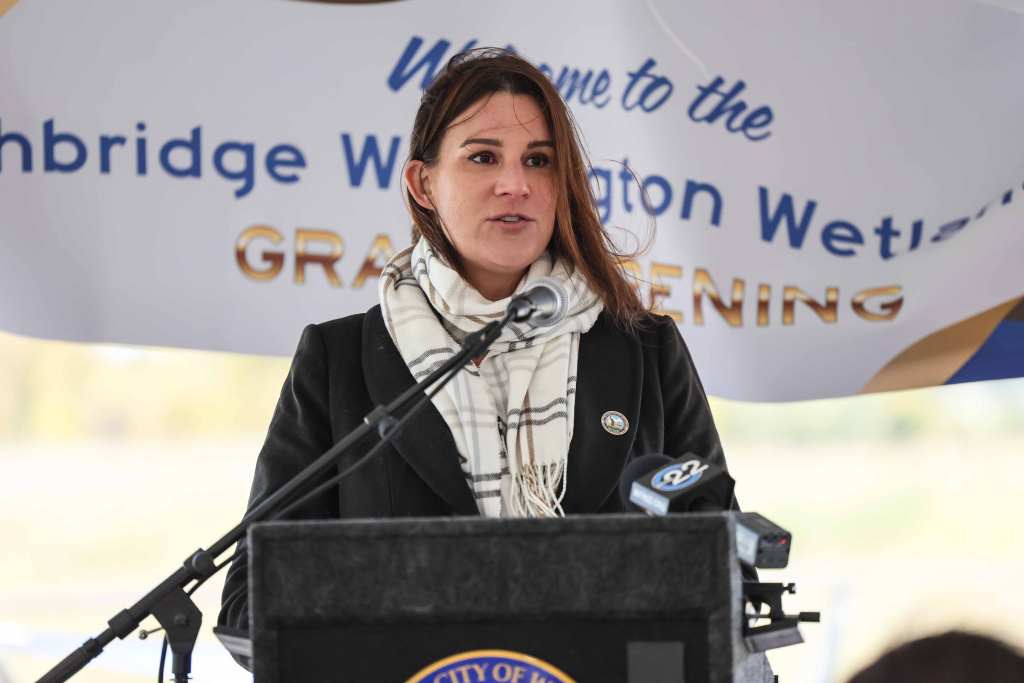 The South Wilmington Wetlands Park increases local walkability and recreational opportunities and features a wide, ADA-accessible boardwalk/on-grade pathway through the heart of the wetlands for residents and visitors to enjoy. While the cost of $26 million may seem staggering to some, those who worked on the project, contributed funding over many years, and even community members who protected it from straying off course,  understand why the cost was so steep. Commissioner Williams said today that the park is a natural wonder that was cobbled together over nearly two decades through complicated and time-consuming land acquisitions, challenging brownfield remediation, superb engineering, and creative, careful, and thoughtful design. The Mayor and Commissioner today thanked design, planning, and construction partners RK&K, Brightfields, Inc., and Diamond Materials for bringing the project home. 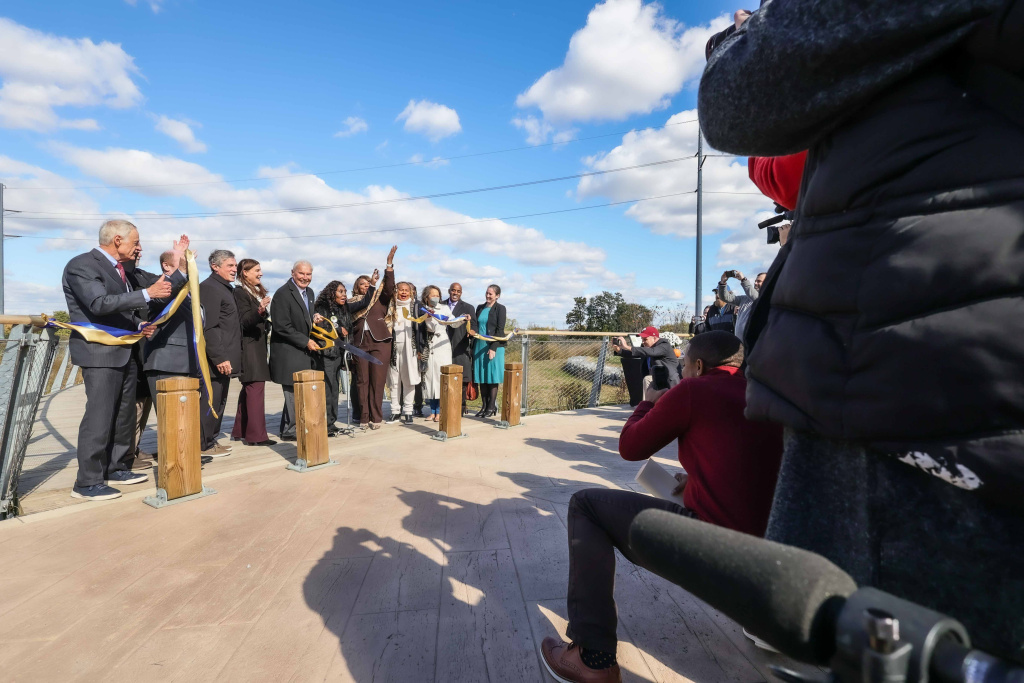