Patrick Cantlay becomes the first player to successfully defend a FedExCup Playoffs event, winning the BMW Championship by one stroke over Scott Stallings 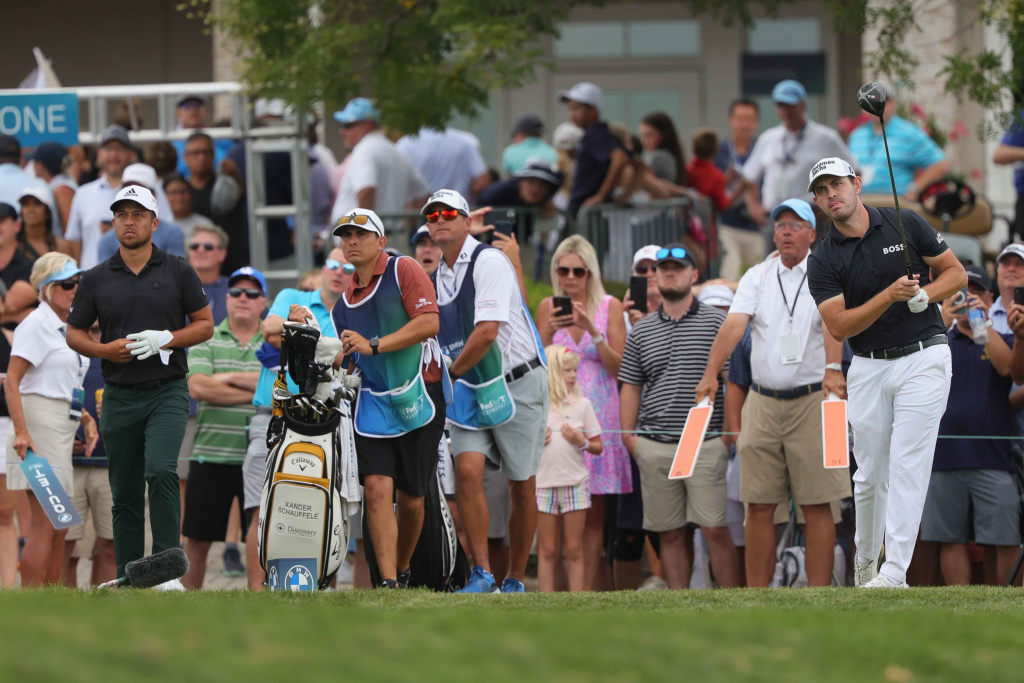 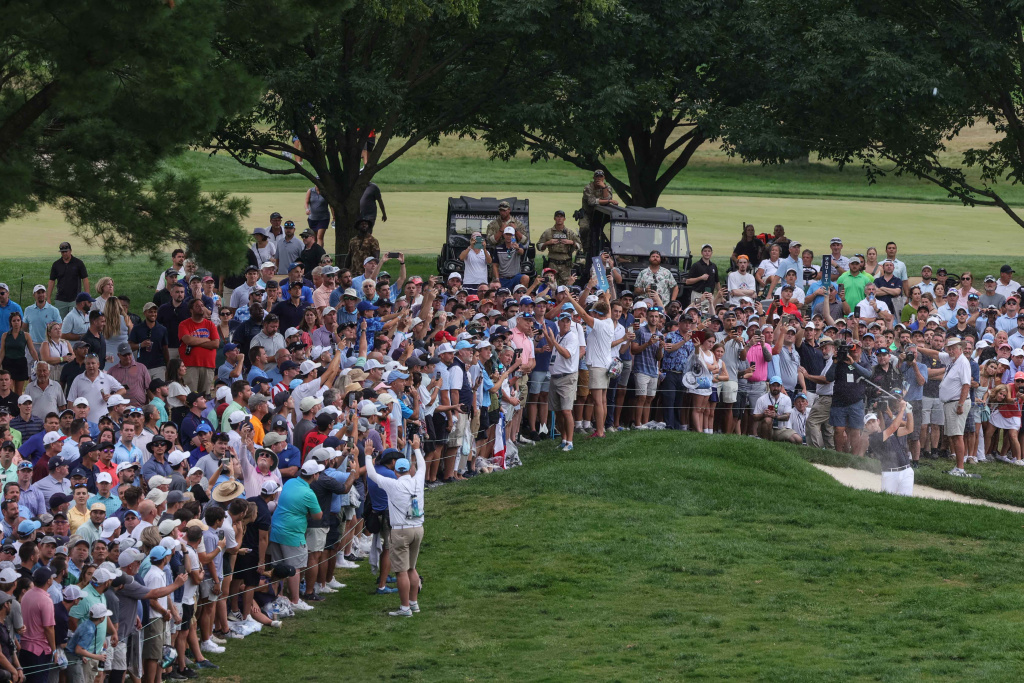 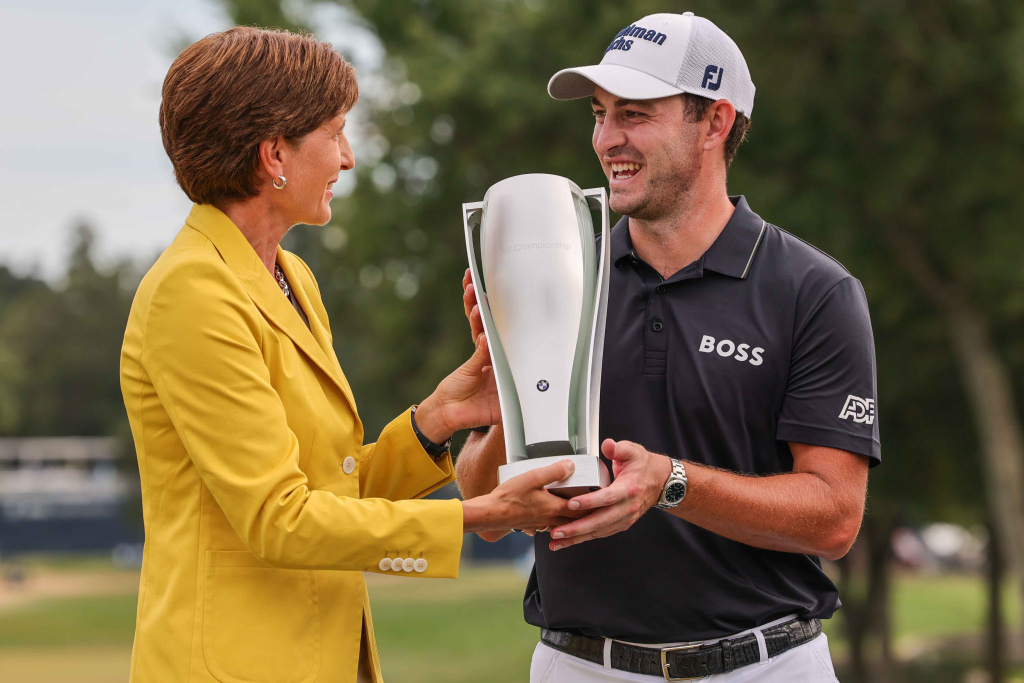 ILKA HORSTMEIER, Member of the Board of Management of BMW presents the BMW trophy to Golfer PATRICK CANTLAY during the BMW Championship Sunday, Aug 21, 2022, at Wilmington Country Club in Wilmington, Delaware. Photo By Saquan Stimpson