Director John McColgan said, “We have assembled an extraordinary company of performers and we are thrilled for this brand new 25th-anniversary production of Riverdance to be on the road again welcoming audiences back to the theatre.” 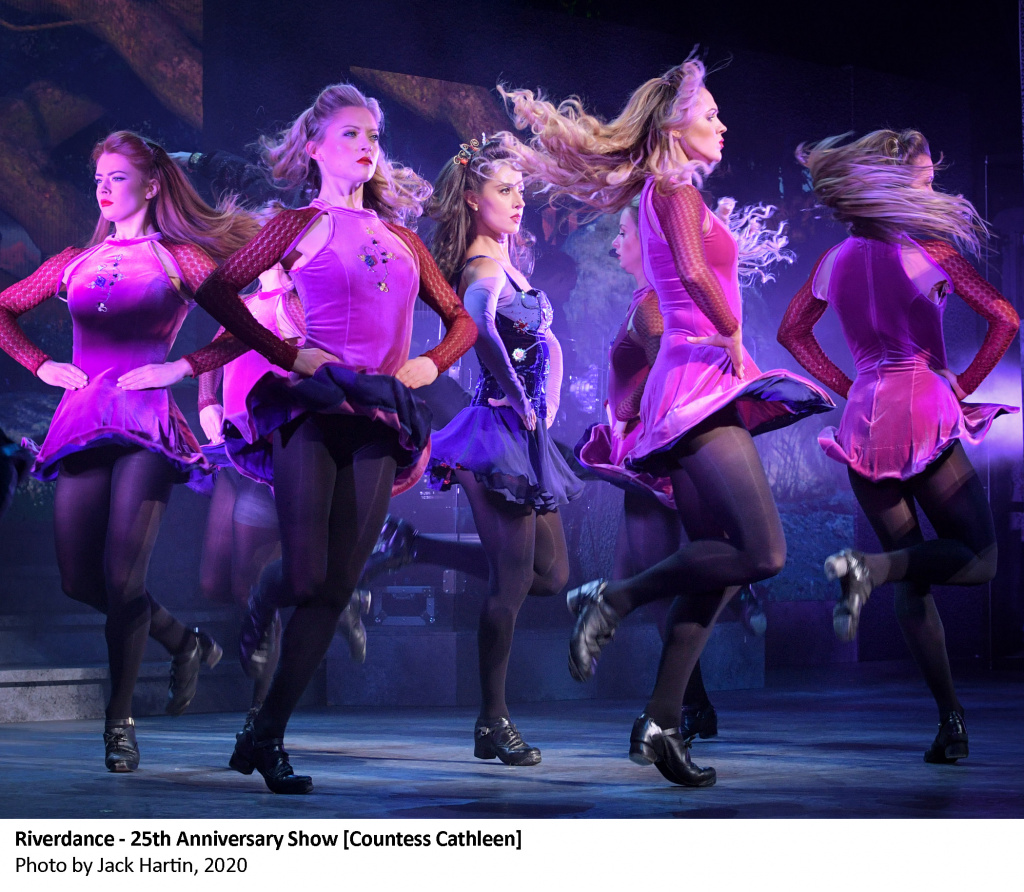 The company includes TikTok sensations Matthew and Michael Gardiner (@gardinerbrothers) and Morgan Bullock (@yourangleyuordevil), whose performance of Megan Thee Stallion’s “Savage Remix” went viral on the platform in 2020 and will make her professional US stage debut in this production. The cast will also feature, for the first time, children of original Riverdance cast members, Cian Porter and Faith Moore.

Riverdance 25th Anniversary Show is Riverdance, as you’ve never seen it before! A powerful and stirring reinvention of this beloved favorite celebrated the world over for its Grammy Award-winning score and the thrilling energy and passion of its Irish and international dance. Twenty-five years on, composer Bill Whelan has rerecorded his mesmerizing soundtrack while producer Moya Doherty and director John McColgan have completely reimagined the ground-breaking show with innovative and spectacular lighting, projection, stage and costume designs.

Immerse yourself in the extraordinary power and grace of its music and dance–beloved by fans of all ages. Fall in love with the magic of Riverdance all over again.

The critically acclaimed 25th Anniversary North American Tour was shut down in March 2020 during a sold-out return engagement to New York City’s Radio City Music Hall due to the COVID-19 pandemic. In 2021, Riverdance celebrated a return to the stage in the United Kingdom, where the iconic show played to sold-out 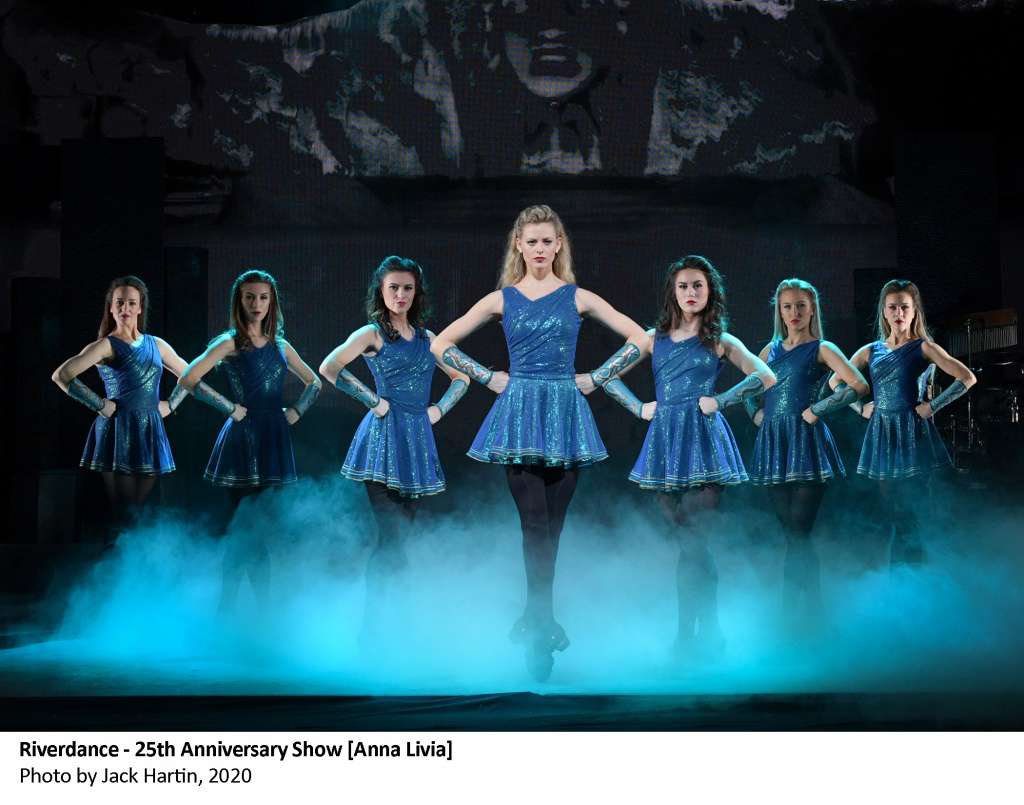 audiences in 27 cities across the country. Then followed its debut at Expo 2020 Dubai with a special production of Riverdance presenting a multi-cultural experience including artists from the Middle East region. A highlight of the four-week run was the Riverdance performance at the USA Pavilion at Expo 2020 Dubai for their Thanksgiving Day celebrations.

Riverdance’s The Animated Adventure was released on Netflix in the United States on January 14, 2022, where it swiftly landed a spot on the streamer’s Global Top 10 list. With an original score by Grammy Award-winning composer Bill Whelan, the animated musical comedy features the incredible craft and skill of the Riverdance troupe by utilizing motion capture of their performances to create the animated dancing in the film. Tour lead dancers Maggie Darlington and Anna Mai Fitzpatrick and Executive Producer/Director Padraic Moyles were involved with the dance production for the film, while tour musicians Mark Alfred and Tara Howley play on the film score. 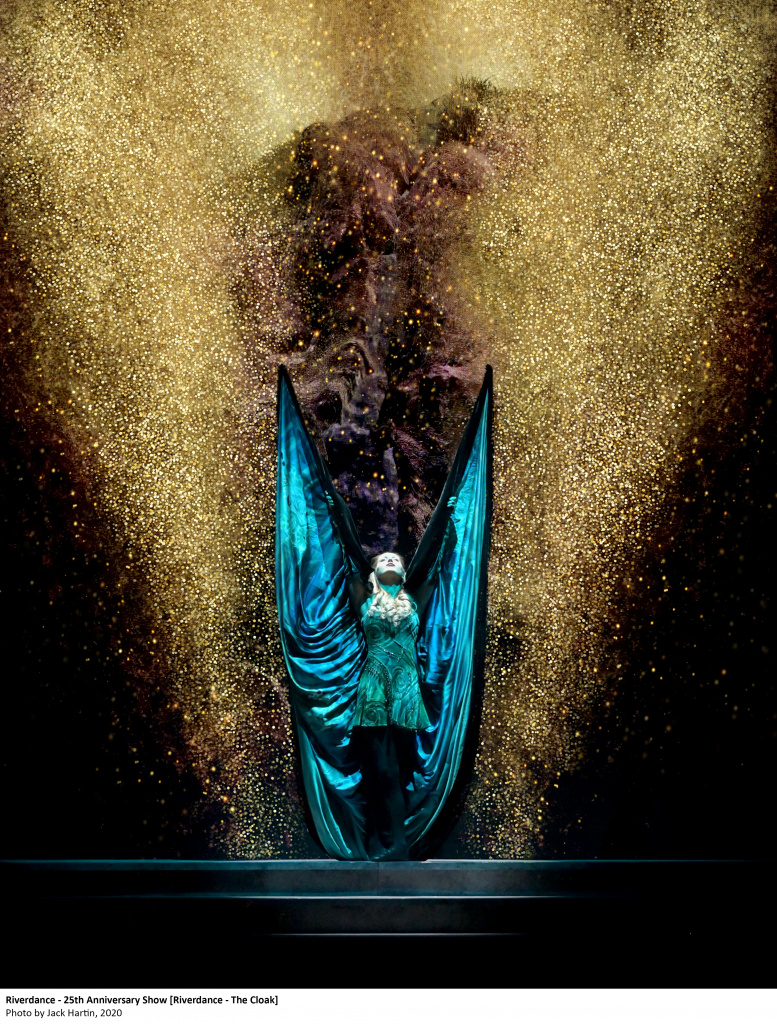 Riverdance began its journey as the interval act in the 1994 Eurovision Song Contest, produced for television by Moya Doherty. This electrifying and innovative seven-minute dance piece was then developed into a full-length stage show by Producer Moya Doherty, Composer Bill Whelan, and Director John McColgan. With its fusion of Irish and International music and dance, the show broke all box office records during its world première run in Dublin in early 1995. When the show transferred to London the reaction was unprecedented. There followed a hugely successful tour starting in New York in March 1996, where 8 sold-out shows at Radio City Music Hall heralded the start of more than two decades of touring by Riverdance companies throughout North America. Since its inception, Riverdance has packed theatres throughout North America, Oceania, Asia, Europe, South Africa, and South America.

Riverdance 25th Anniversary Show has been designed by lead designer Peter Canning, featuring a Set by Alan Farquharson, Lighting by Andrew Voller, and Video by Cosmo AV along with Costumes by Joan Bergin and Sound by Michael O’Gorman.