MISSISSAUGA, ON – APRIL 10, 2022 – The Delaware Blue Coats are headed to the NBA G League Finals after defeating Raptors 905 in the Eastern Conference title game, 143-139, at Paramount Fine Foods Centre on Sunday. 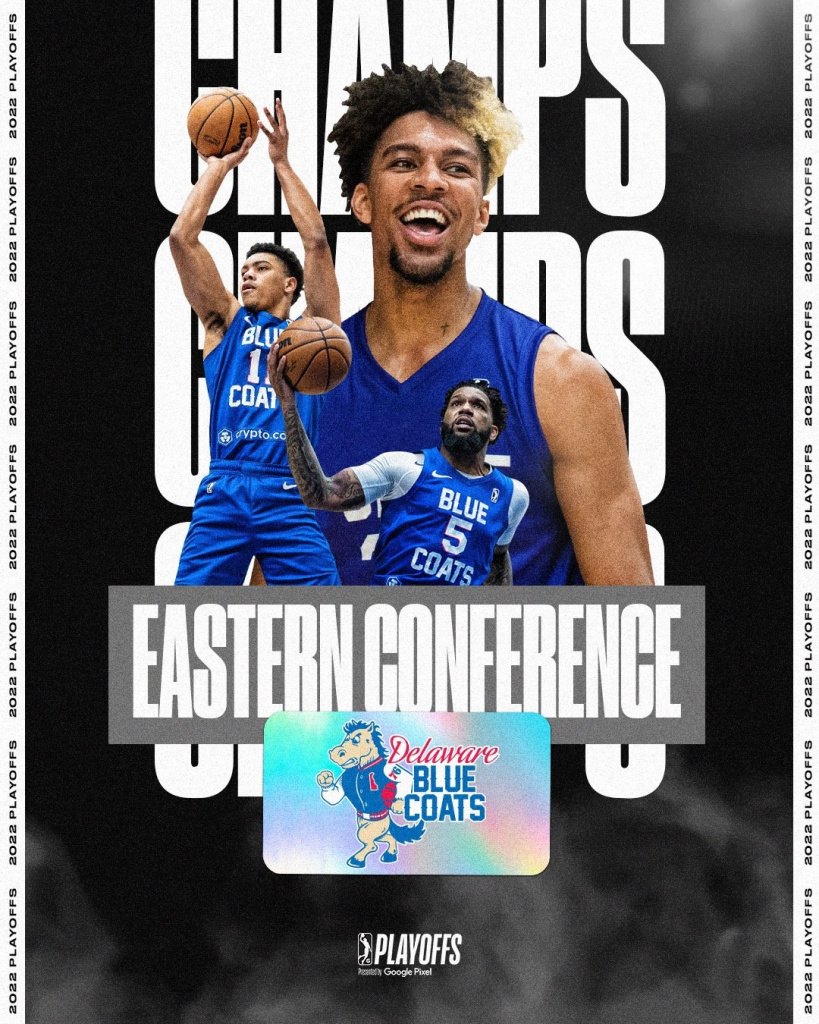 The Coats will face off against the Rio Grande Valley Vipers in the best-of-three Championship series beginning Tuesday, April 12. The full NBA G League Finals schedule is below:

Game 2 of the series is scheduled for Thursday, April 14 at Chase Fieldhouse in Wilmington. Tip-off is slated for 8:00 p.m. ET on ESPNews.

Keep tabs on the NBA G League playoffs at NBAGLEAGUE.COM.