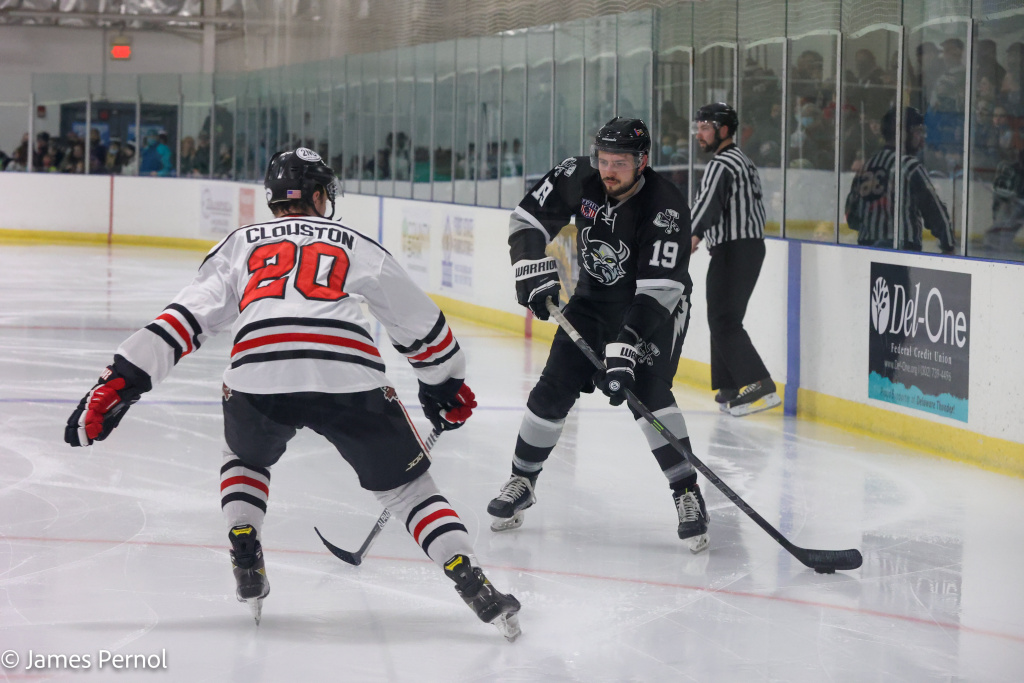 Delaware Thunder forward Yianni Liarakos sets up a pass against the Carolina Thunderbirds, Liarakos ended the game with 5 assists in the win. (photo by James Pernol)

Things got interesting in period 3, Gus Ford scored just 35 seconds into period three. Gus Ford tallied his second of the game at the 3:17 mark to make it 4-2. John Buttitta then scored a power-play goal to make it 4-3 midway through the third. Buttitta then tied things up and broke the tie late in the third and Carolina jumped ahead 5-4. Delaware pulled the goalie and tied things up with under a minute to go thanks to Brandon Lucchesi. We were off overtime! It did not take long for Alex Basey to end the game just 35 seconds into OT. Delaware won 6-5 in overtime.