Harrington DE: The Thunder and Thunderbirds met for the third time this season, this time at the Thunderdome. It was Mike Cosentino for Delaware and Evan Morrison for Carolina. The first period started with both goaltenders showing off, making big save after big save. Delaware was short-handed for most of the first period, killing all five penalties they took. Each team did manage to pot a goal in the first. It was Ryan Marker and John Butititta, the two leading goal scorers for each team. 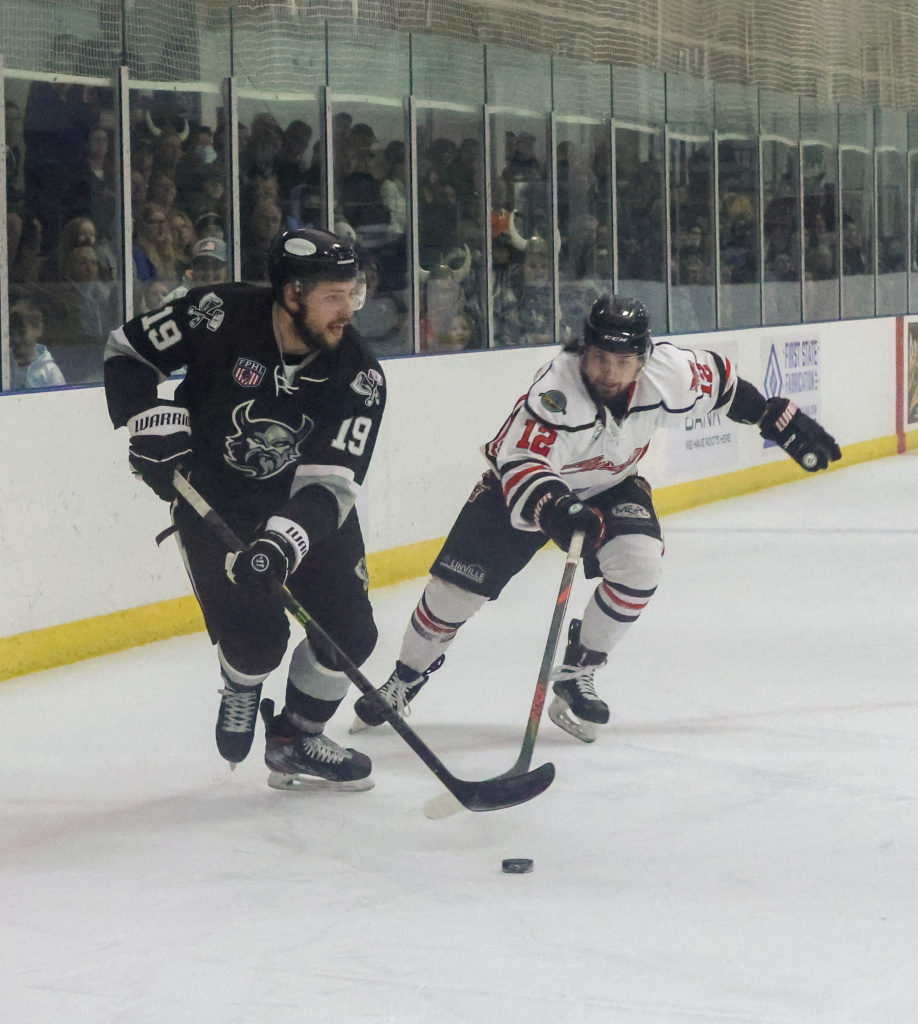 Ryan Marker struck right away in period 2, scoring 12 seconds into the period. John Buttitta scored less than a minute to tie the game at 2.  Noah Wild went on to score and give Delaware the league at the 2:01 mark of period 2. Blake Peavey struck at 4:01 to tie things up once more. Daniel Martin broke the deadlock late in the second and gave Carolina a 4-3 lead to head into period 3.

John Buttitta scored his hat trick goal early in the third to extend Carolina’s lead. Delaware wouldn’t go down without a fight, Dan Cangelosi scored to cut the lead back to one. The Thunderbirds scored the next two goals,  David Nicoletti and Jackson Tucker were the scorers. Tim Payne scored his first pro goal to give the Thunder life, but Carolina would go on to score two late goals and win 9-5.