November 11, 2021 [Elkton, MD] – For the first time, a tree from Maryland was selected to be the Rockefeller Center Christmas Tree. The tree, an approximately 85-90 year old Norway Spruce was donated for this year’s holiday season by Devon and Julie Price of Elkton, Maryland. The tree measures 79-feet tall and 46-feet in diameter, and weighs approximately 12 tons. The tree was lifted by a crane and placed on a flatbed truck for its journey to New York City.

When Devon and Julie Price heard a knock at their door, they assumed it was someone looking to repave their driveway. As Devon led their mystery guest around the property to show the visitor their Norway Spruces, as requested, it became clear that their biggest tree was destined for greatness. Their visitor, Erik Pauze, had spotted it from afar when driving around the area earlier this year, in his perpetual search for good tree candidates.

“We never considered that our tree would be the one on display for the world to see at Rockefeller Center,” Devon shared. “It truly is quite the honor.” 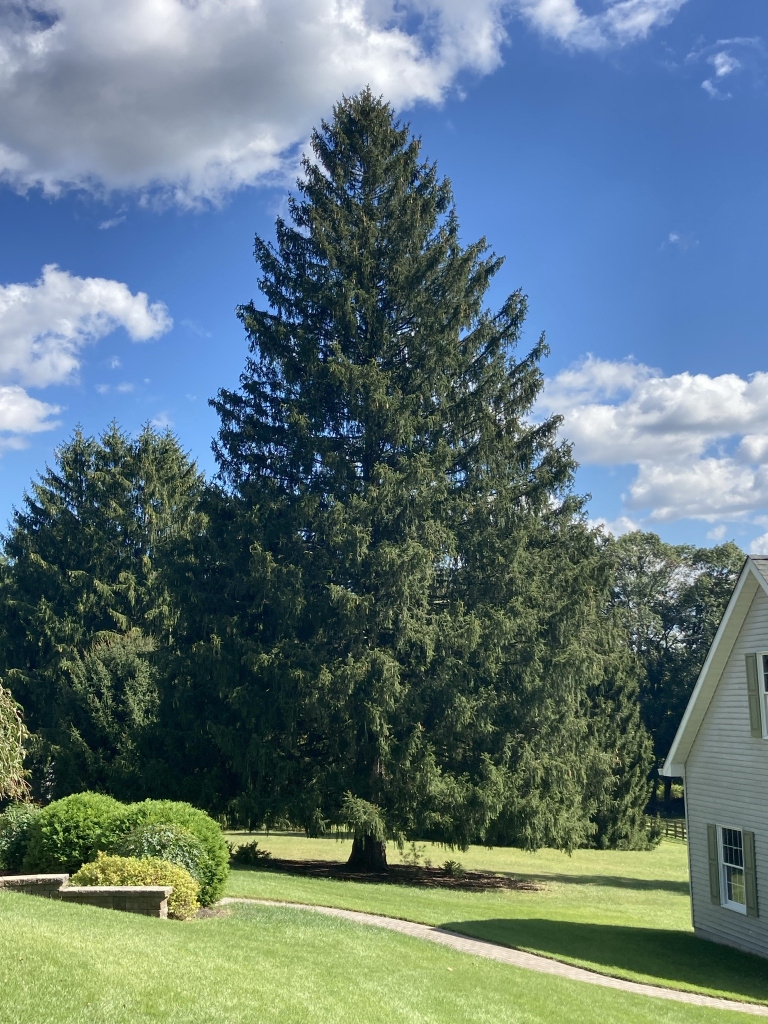 The tree will arrive at Rockefeller Center on November 13, when a crane will hoist it into position in front of 30 Rockefeller Plaza where it will stand throughout the holiday season. Once the tree is in place, scaffolding will be erected around it and it will be decorated with more than 50,000 multi-colored, energy-efficient LED lights strung over five miles of wire. Hundreds of solar panels atop one of the Rockefeller Center buildings will help power the lights throughout the season.

For the 18th year, a crystal star from Swarovski will sit atop the Rockefeller Center Christmas Tree. Designed by renowned architect Daniel Libeskind, the three-dimensional star is 9 feet, 4 inches in diameter, features 70 spikes covered in 3 million Swarovski crystals, and weighs 900 pounds.

The Rockefeller Center Christmas Tree Lighting Ceremony will take place on Wednesday, December 1. The three-hour ceremony will be televised live, locally on WNBC-TV from 7:00 – 8:00 p.m. and nationally on NBC from 8:00 – 10:00 p.m. Workers building Rockefeller Center set up and decorated the first Christmas Tree in 1931.  Rockefeller Center officially began the Tree Lighting Ceremony in 1933, when a tree was erected in front of the then eight-month old RCA Building and covered with 700 lights. Since then, the tree lighting has become one of New York’s most popular events, attracting television audiences throughout the world.