The Oct. 16 ceremony was a historic Del State Coronation as Ms. Phillips became the first-ever Campus Queen to be the daughter of a former Miss DSU. Her mother Kimberly D. Deal, Esq., was the 1986-1987 Miss Delaware State College – a distinction that also made the 2021 Coronation the first time a mother placed the Del State queen’s crown on her daughter’s head.

The 2021 Coronation was entitled “Oz – The Golden Legacy,” which opened with an onstage conversation between Ms. Phillips and her mother Ms. Deal, followed by dance segments featuring Del State’s I-Step dancers, and the male and female Royal Court members – including Mr. Smith and Ms. Phillips. 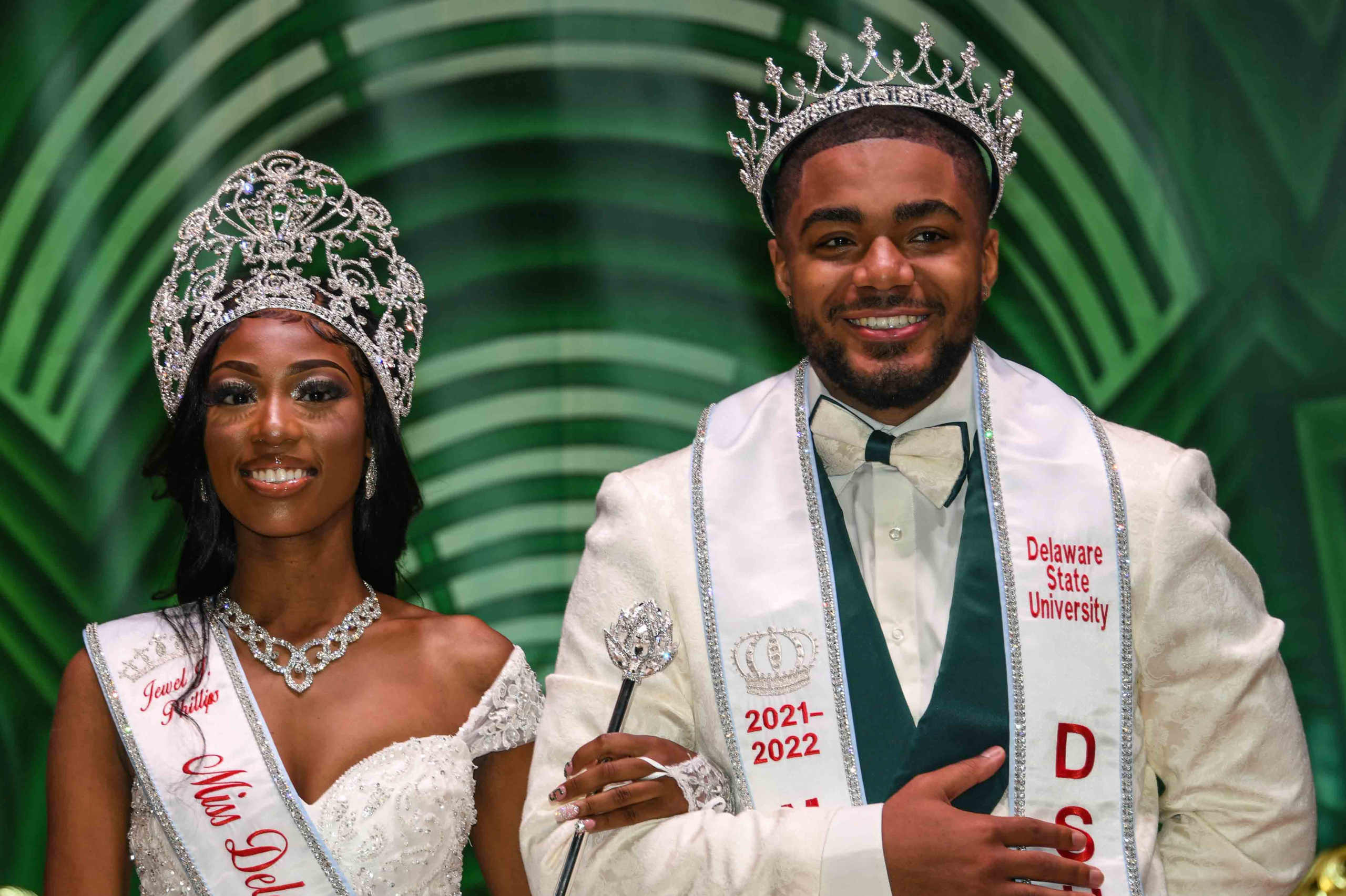 Mr. DSU Jason Smith, a senior Criminal Justice major from Harlem, New York, is a four-time Dean’s List scholar who has been a part of the Del Council Men’s Council, Faithful Black Men Association, and the God Brothers. He campaigned for the Mr. DSU title on the platform “The Voice of DSU” as a commitment to advocate on behalf for the student on campus.

Miss DSU Jewell Phillips is a senior Mass Communication major who is pursuing a concentration in Public Relations and Advertising. Hailing from Mount Laurel, N.J., Ms. Phillips has maintained a 3.8 GPA throughout her academic journey while serving as the Freshman Class President, Miss Sophomore, Force Minister Recording Secretary, a member of the Campus Activities Board and a number of other organizations.

Upon graduation, Miss Phillips will work full-time at a Fortune 500 company, and has future plans to author a children’s book that targets African American girls.