President Biden Announces Intent to Appoint Dr. Tony Allen as Chair of the President’s Board of Advisors on HBCUs

WASHINGTON — Today, President Biden announced his intent to appoint Delaware State University President Tony Allen, as the Chair of the President’s Board of Advisors on Historically Black Colleges and Universities (HBCUs).

Dr. Allen will lead the Board and its advancement the goals of the HBCU Initiative, established by the Carter Administration in 1980, to increase the capacity of HBCUs to provide the highest-quality education to its students and continue serving as engines of opportunity.

Tony Allen became President of Delaware State University in January 2020, after serving as Provost and Executive Vice President since July 2017.   Prior to joining the university, he brought a diverse background in the private and nonprofit sectors.   He was the Managing Director of Corporate Reputation at Bank of America; co-founded the Metropolitan Wilmington Urban League and Public Allies Delaware; and led Delaware’s K12 public education reform effort from 2014 – 2019. 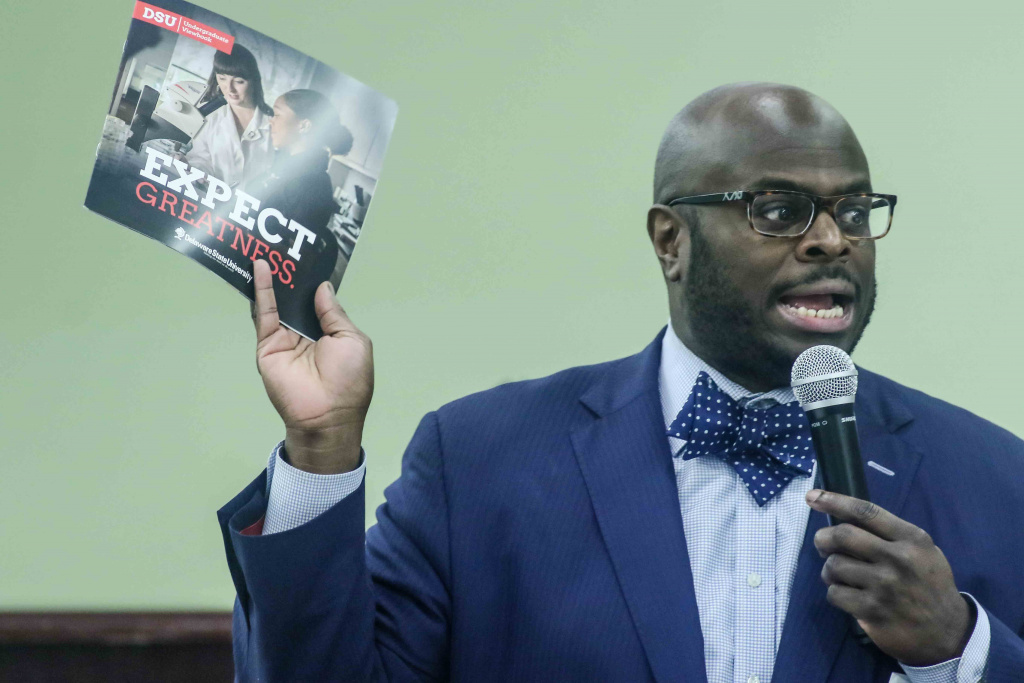 Allen’s tenure has largely been through the pandemic, but he and his team have built a strong portfolio of accomplishments focused on student success.  The university has seen its elevation to the #3 public HBCU in America (US News), an R2 “high research activity” designation, and the historic acquisition of nearby Wesley College. The university’s “Together” COVID-19 plan has been touted as a national example of campus safety strategy, and a year into the pandemic enrollment has shattered all previous records.

Allen has drawn national attention to Delaware State University through successful fundraising ($40 million in 2020) and national appearances on major media platforms including ABC World News Tonight, CNN, the Black News Channel, and many others.  He also served as the chief executive officer of the 59th Presidential Inaugural Ceremonies.

He is Chairman Emeritus of the National Urban Fellows and a Whitney Young Awardee for Advancing Racial Equality, the National Urban League’s highest honor.  Currently, he serves on the boards of Graham Holdings and Pepco Holdings and on the Economic and Community Advisory Council for the Philadelphia Federal Reserve. Allen holds a Ph.D. in Public Policy from the University of Delaware.

The Biden-Harris Administration is committed to supporting the vital mission of HBCUs.

Through the American Rescue Plan and by forgiving capital improvement debt of many these institutions, the Biden-Harris Administration has already committed more than $4 billion in support.  Reestablishing the White House HBCU Initiative – and placing strong leadership at the head of the Board – will allow the administration to build on that financial commitment with continued institutional support.