Recently returned from a 168-day mission as part of the SpaceX Crew Dragon, Glover is the first African American to serve on a NASA outer space mission since 2011.

The event will take place at 6 p.m. Aug. 12 in the 2nd floor parlors of the Martin Luther King Jr. Student Center at Delaware State University. 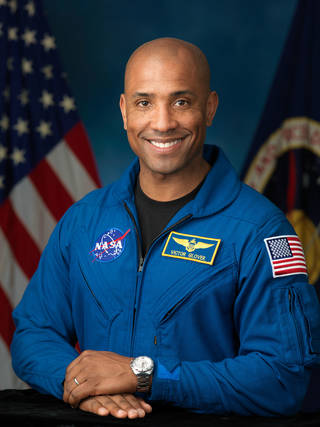 Commander Glover, who recently returned from 168-mission as a pilot and second-in-command on the SpaceX Crew Dragon and also a flight engineer on the International Space Station, will provide inspiring word to 22 ROTC and Junior ROTC cadets who will have completed the eight-week flight training program.

Commander Glover is one of the 17 African Americans to serve as an NASA astronaut, and the first to serve on an outer space mission since 2011. During his recent mission, he also did scientific investigations, technology demonstration and earth photography on the International Space Station for Expedition 64 and participated in four spacewalks.