Dr. Gwanmesia, a Professor of Physics and Engineers, will use the grant to support his current research project, entitled, “Effect of Hydration on the Thermo-elastic Properties of Mantle Minerals and the Geophysical Implications.” The grant is funded jointly by two NSF initiatives – the Historically Black Colleges and Universities – Excellence in Research (HBCU-EiR) and Earth Sciences (EAR) programs.

The research focuses on wadsleyite and ringwoodite, two prominent minerals found at depths of 410 to 660 kilometers below the earth’s surface, in an area known as the transition zone. Laboratory and theoretical studies have confirmed that the two minerals can incorporate up to 2-3 weight percent (20,000-30,000 parts per million) of hydroxyl water in the structure, depending on the pressure and temperature conditions. 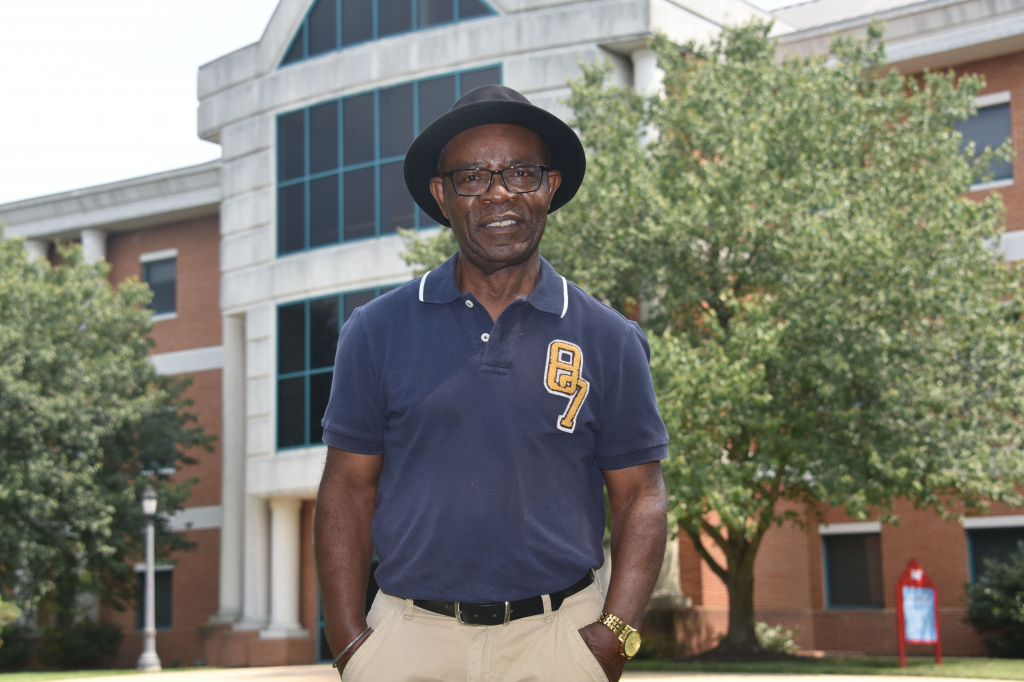 The structural water causes significant changes in the physical properties (such as electrical and thermal conductivity, melting, rock flow), including how fast earthquake vibrations travel through the mineral. Earth scientists also speculate that the mass of water in the minerals could easily exceed that in the world’s oceans, given the relative abundance of wadsleyite and ringwoodite phases in the transition zone.

Dr. Gwanmesia will utilize high-pressure techniques to fabricate synthetic samples of these essential mantle minerals with controlled water content in the laboratory and measure the speed of sound waves (velocity) in the mineral. The study could resolve persistent questions about anomalous sound wave velocity increases in the transition zone by comparing the study’s data with earthquake vibration wave profiles from seismic studies. When combined with data from other geophysics fields, the study results could significantly increase our knowledge of the Earth’s structure and chemical composition.

The sample synthesis will take place at a high-pressure laboratory at Stoney Brook University, Long Island, N.Y. Dr. Gwanmesia’ measurement of the sound wave speeds will be done under synchrotron X-radiation at the Advanced Photon Light Source (APS) at Argonne National Laboratory in Chicago.