Wilmington Mayor Mike Purzycki and Chief of Police Robert J. Tracy today announced the commencement of the hiring process for the 101st Wilmington Police Academy. The Mayor and Chief are urging those interested in a career in law enforcement – and public service – to submit an application to join the police department for Delaware’s largest city. The application process is open for six weeks until Tuesday, August 31. 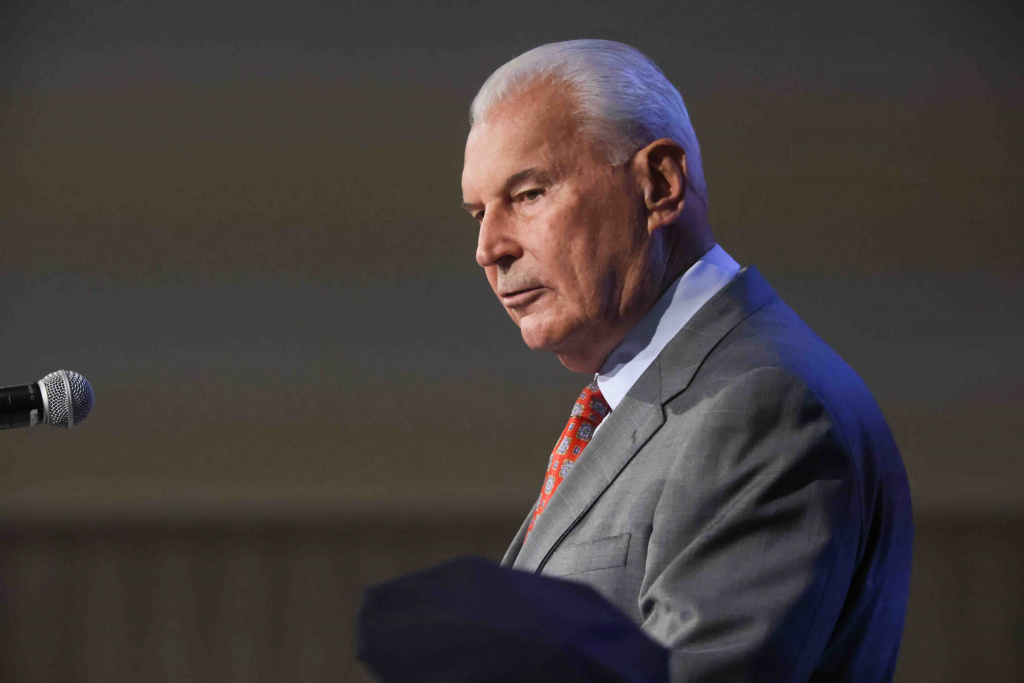 For information about becoming a Wilmington police officer, contact Sgt. Raymond Mullin at 302.576.3177 or by email at Raymond.Mullin@CJ.State.de.us. You can also learn more about a career in law enforcement by visiting the Wilmington Police Department (WPD) recruitment webpage here. The application process includes a written exam, a physical ability test, and interview panels that will include a Chief’s interview.

“We are thrilled to open up this application process, and to extend this hiring opportunity to join our dedicated officers in service to the City of Wilmington and its residents,” said Chief Tracy. “A career with the Wilmington Police Department is an invaluable opportunity for those interested in engaging with the community and taking part in crime reduction strategies to improve public safety in Wilmington.” 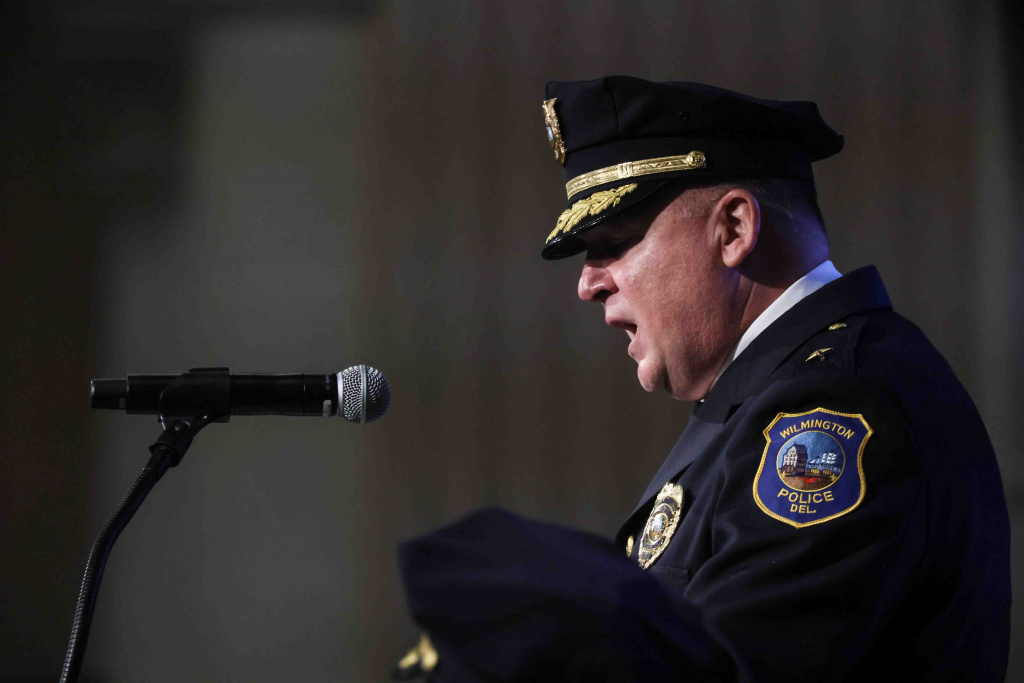 The exact number of recruits for the 101st Wilmington Police Academy will be determined closer to the academy start date and will depend upon future retirements and attrition that could further reduce staffing levels. The Wilmington Police Department has an authorized strength of 319 sworn law enforcement officers. Because the current staffing level has fallen below 95% of the authorized strength, the WPD is permitted to begin recruiting for new a class.

Staff from the WPD’s Human Resources Division attend career fairs and other programs at high schools, colleges – including Historically Black Colleges and Universities – and community centers throughout the year to promote the Wilmington Police Department and to share information with those who might be interested in a career in law enforcement. The recruitment team will continue these efforts and will also contact those who previously expressed interest. Recruiters will also work with City Council members, the faith community, and other community-based organizations and groups to promote the application process. 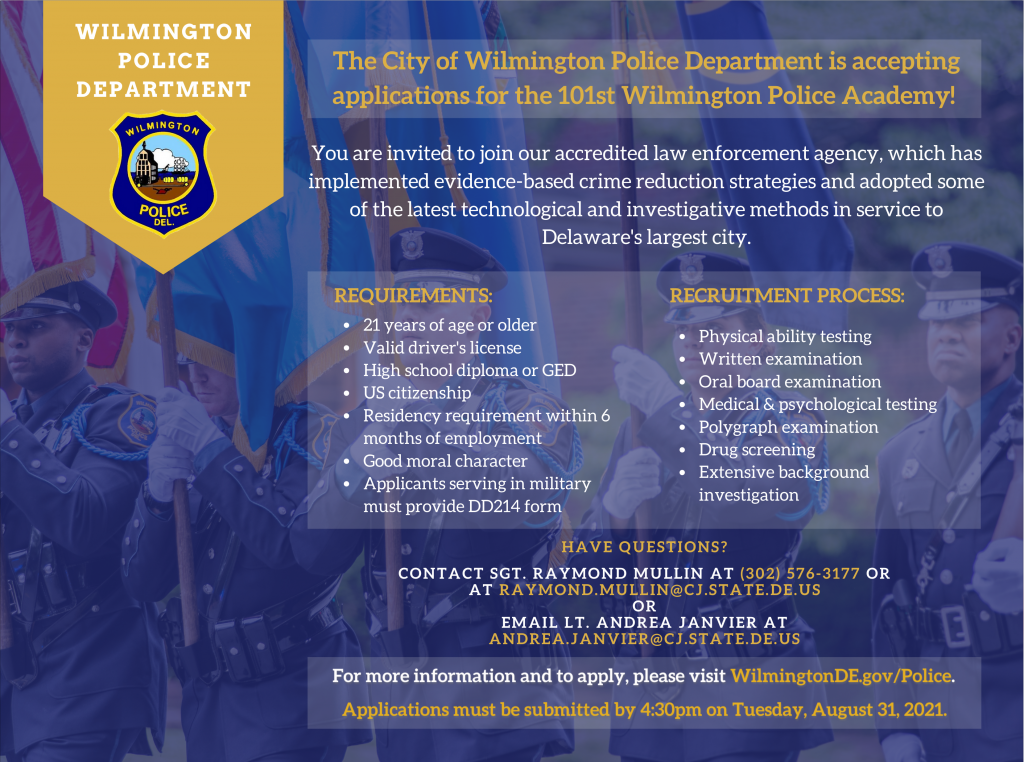 “Our team is always working to recruit applicants who are interested in joining our agency and serving the people of Wilmington with professionalism and respect,” said Captain Anthony Bowers, commander of the WPD Human Resources Division.

Inspector of Administration Charles Emory, who leads recruitment efforts along with Captain Bowers, said the department’s recruitment team will work to continue to increase the diversity of the department and to attract candidates with a wide range of backgrounds, experiences, and perspectives.

“In recent years and through our past several academy classes, the Wilmington Police Department has steadily become more diverse,” said Inspector Emory. “We will continue these efforts to recruit diverse candidates – and to recruit Wilmington residents – to join our agency as we prepare to fill the 101st Wilmington Police Academy.”