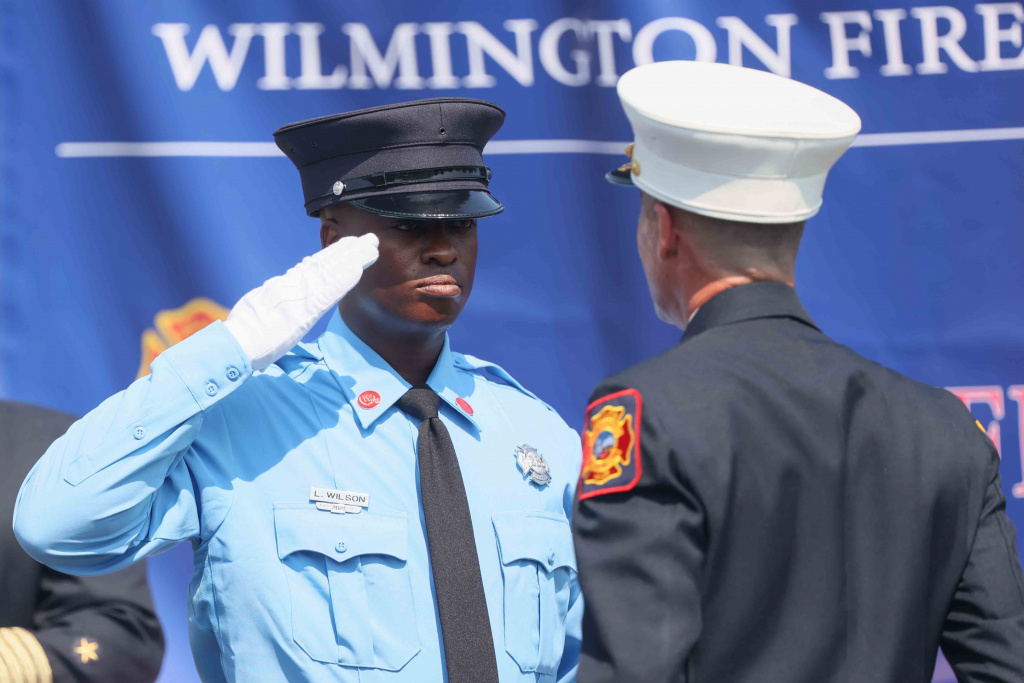 In all, 40 firefighters graduated from the 41st Wilmington Fire Academy, which occurred during the 100th anniversary year of the WFD. These included 10 from the City of Chester and five from Upper Darby. A list of the graduates is included as part of this release. The ceremony, hosted by the Wilmington Fire Department, included the presentation of badges, and fire and EMT Certifications, as well as the Oath of Office, administered by Deputy Chief Gabriel Pabon. 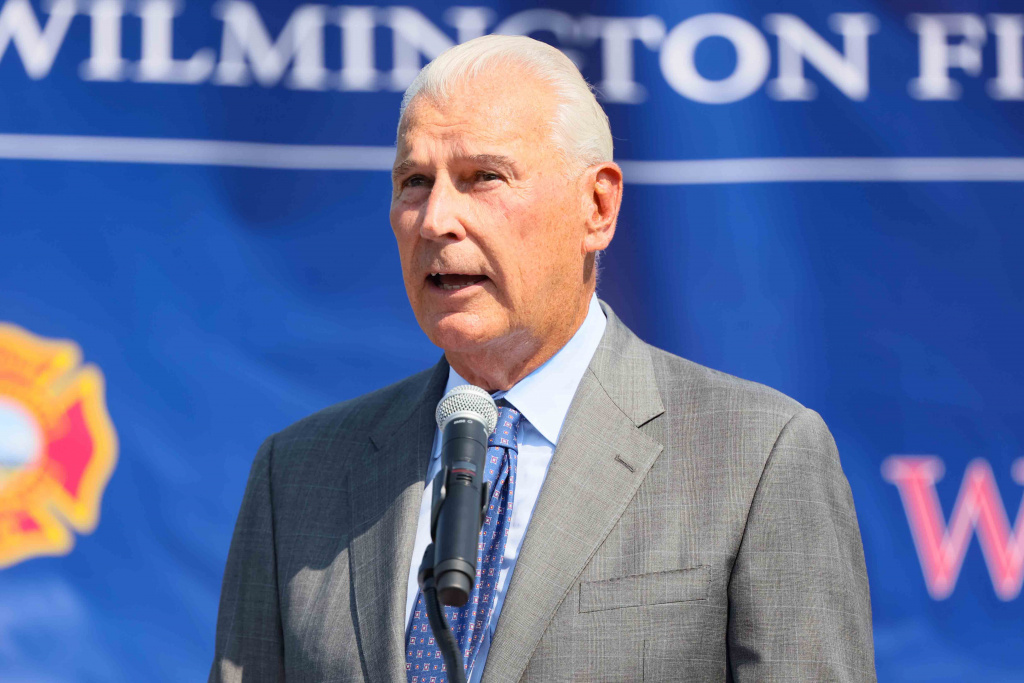 Mayor Purzycki congratulated the recruits for successfully meeting the requirements of the academy to begin their career as a firefighter, “certainly among the noblest of professions,” while also acknowledging their families. In honoring the memory of late Wilmington Battalion Chief Mike Schaal (Ret.), who passed away July 8, the Mayor told the graduates “you are not entering a profession or a department as much as you are entering a family joined by your aspirations to help others and bound together by the shared challenges and heroism of your chosen profession.” 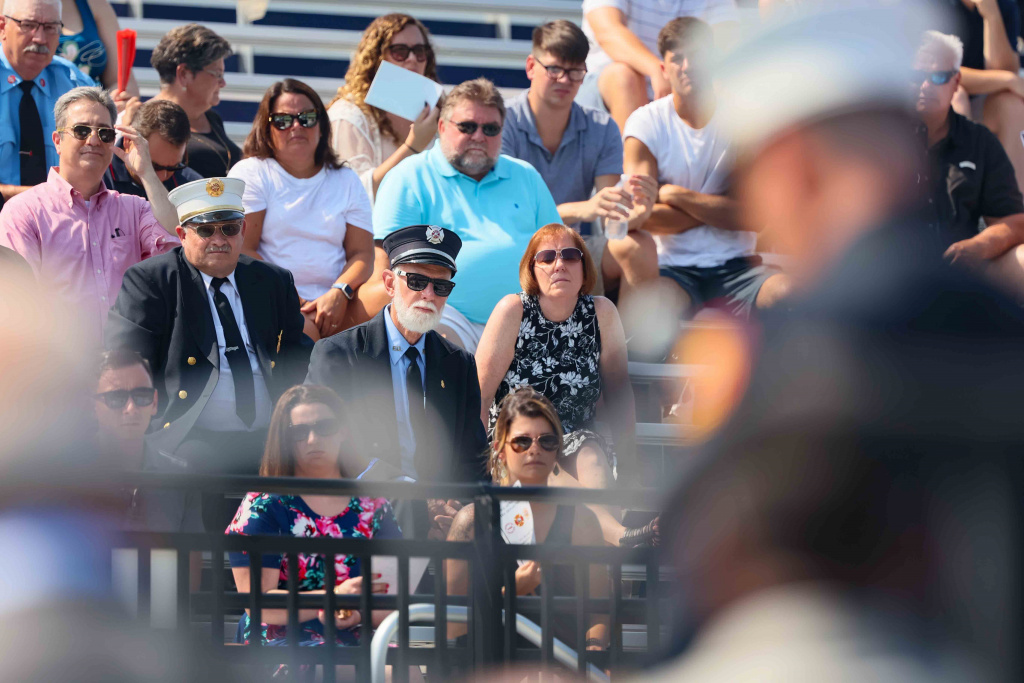 Those in attendance at Saturday’s ceremony included friends and family members of the new firefighters, retired and serving Wilmington firefighters, invited guests and members of the public. Chief Looney told the class that “hard work, commitment, perseverance, and dedication equals success. All of you have proved to be successful. Each recruit was pushed beyond his or her comfort level in the classroom, drill grounds, and during daily physical training accomplishing so much.” 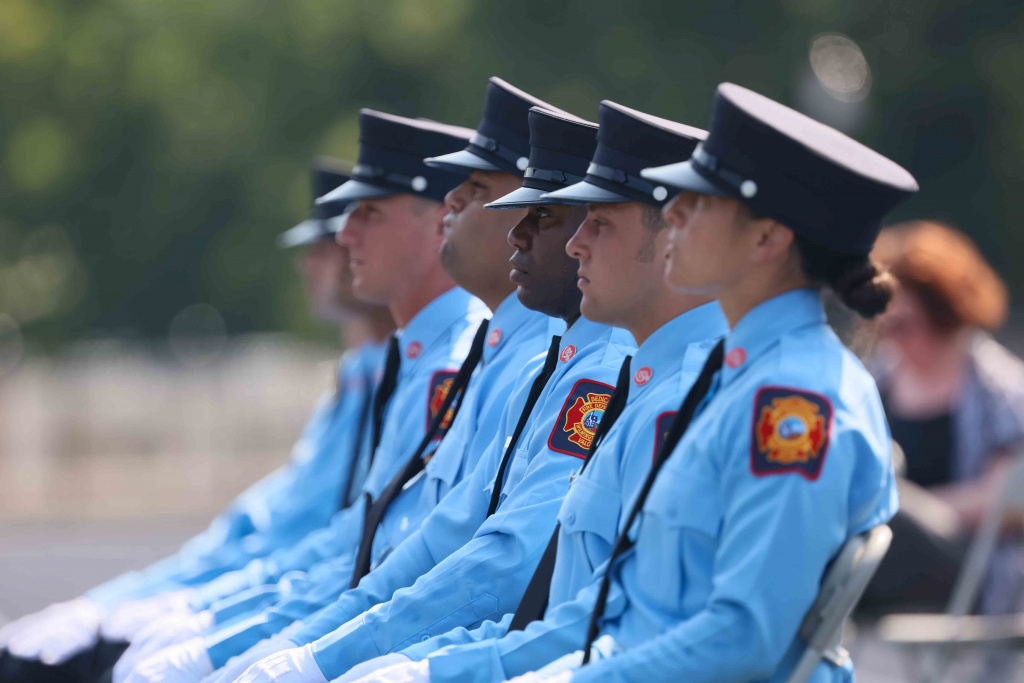 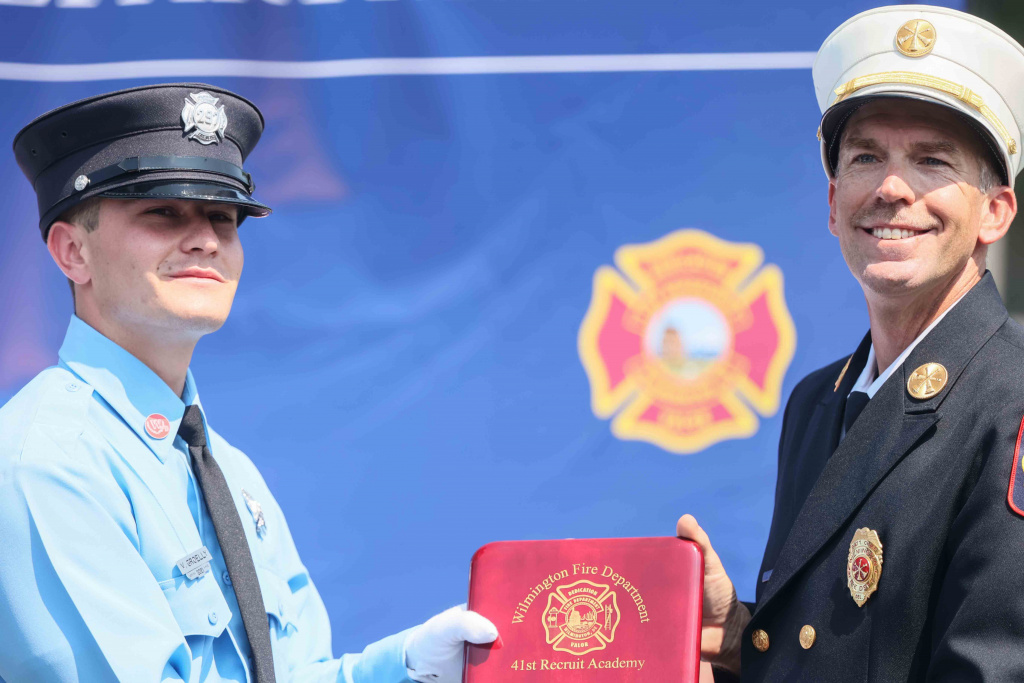 To become City firefighters the recruits had to complete an intense 14-week training academy commanded by Battalion Chief Gordon Davis, his staff Captain Matthew Marsella, and Lieutenant Laurence Hinds that included work in the classroom, on drill grounds, and out on the street. The 25 firefighters were among more than 250 applicants who began the process last October to become firefighters. Upon completing the academy, each recruit attained national certification as Pro Board Fire Fighter Levels I and II (NBFSPQ) and National Register Emergency Medical Technician (NREMT). The 25 new graduates bring the Fire Department up to its authorized strength of 156 firefighters.