SEASON TICKET MEMBERSHIPS ON SALE NOW AT SIXERS.COM/BLUECOATS OR 302-504-7587 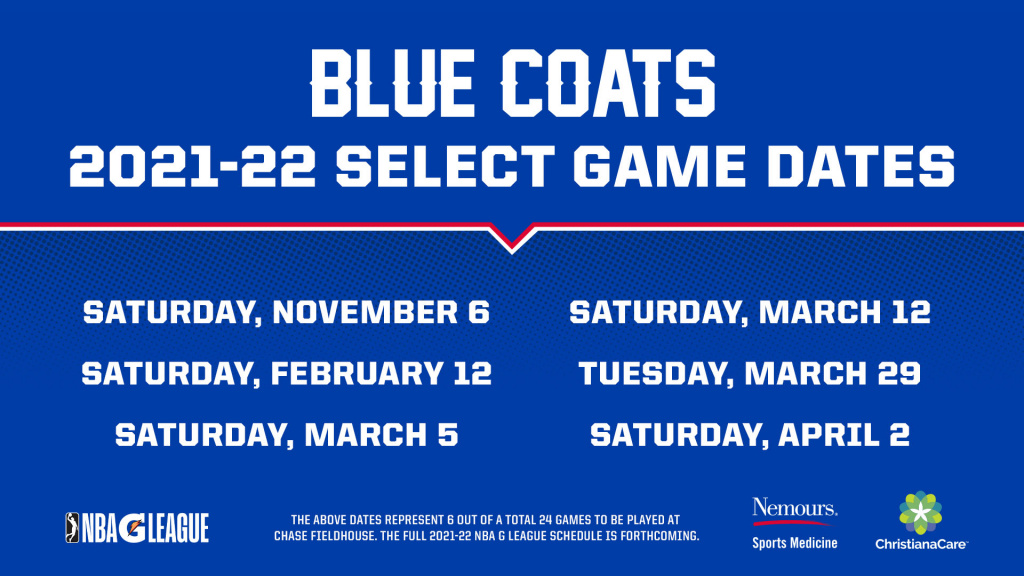 The Blue Coats are set to return to Chase Fieldhouse after a successful 2021 campaign at the NBA G League Single Site at Walt Disney World Resort in Orlando, Florida, highlighted by a trip to the NBA G League Finals. Delaware reached the postseason for the first time in franchise history with a regular season record of 10-5. The 76ers’ Paul Reed, who signed a standard NBA contract following the Blue Coats season, was named league MVP and Rookie of the Year with averages of 22.3 points, 11.8 rebounds, 2.3 assists, 1.9 steals and 1.8 blocks per game. “Bball Paul” was also named to the All-NBA G League First Team, All-Rookie Team and All-Defensive Team.