A brighter, positive future is reflected in a new artwork that lines walls in the Learning Lab of the YMCA Delaware on Walnut St.

Barclays Bank donated $250,000 to the YMCA of Delaware to build a fully redesigned Learning Lab and STEM Lab, that support young children who have been taking their virtual school courses throughout the pandemic. They have a long-standing partnership and work to further develop opportunities and resources for the underserved youth of the city.

Barclays employees also donated over 600 books which includes academic, cultural, and career books to expand the Heritage Library at the YMCA of Delaware. 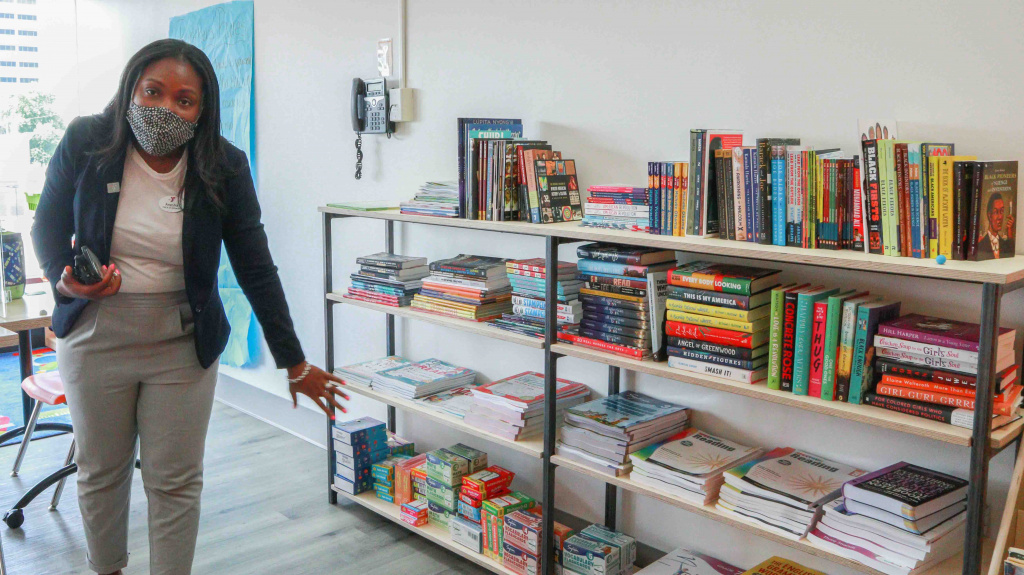 Anesha Truesdale, YMCA Program Director shows the Heritage Library, which includes all the books donated by Barclays employees on June 14th, 2021, at the YMCA Delaware. Photo By Monique Harmon

Anesha Truesdale, program director of the YMCA, said the School Age Department and Teen Department will host a book club in the summer where the children can read, discuss, and debrief as a group to learn new skills and stories beyond the classroom. She also shared what she wants the students to walk away from this experience.

“There’s no limit to what you can do and who you can be. As they walk through this hallway, I’m happy to see different careers that aren’t discussed often. I can be an astronaut, I can be a doctor,” said Truesdale.

“God gave me the vision of what we wanted to see there. And that’s what we did,” said Morgan.

Genea Delaware has been an Adult Achiever for the YMCA’s Black Achievers Program for about two years. She comes to the YMCA every Saturday and shares her experiences with the children, hoping to inspire and be a guide for them. She is also depicted as an astronaut in the mural.

“Through this project I want kids to learn and explore new interests. To be inspired to really reach whatever occupation that they want to be. I want them to know they’re supported here,” said Delaware.

Delaware said she considers herself to be a role model and she didn’t growing up, she didn’t have a place like the YMCA with strong representation and people who are trying to make sure that children have access to what they need.

The STEM Lab has two 3D printers, a recording studio, computers and a smartboard. The STEM room also holds over 20 chrome books and headphones to assist with remote students enrolled in YMCA programs, including Learning Labs students who will also have access to the STEM Lab. 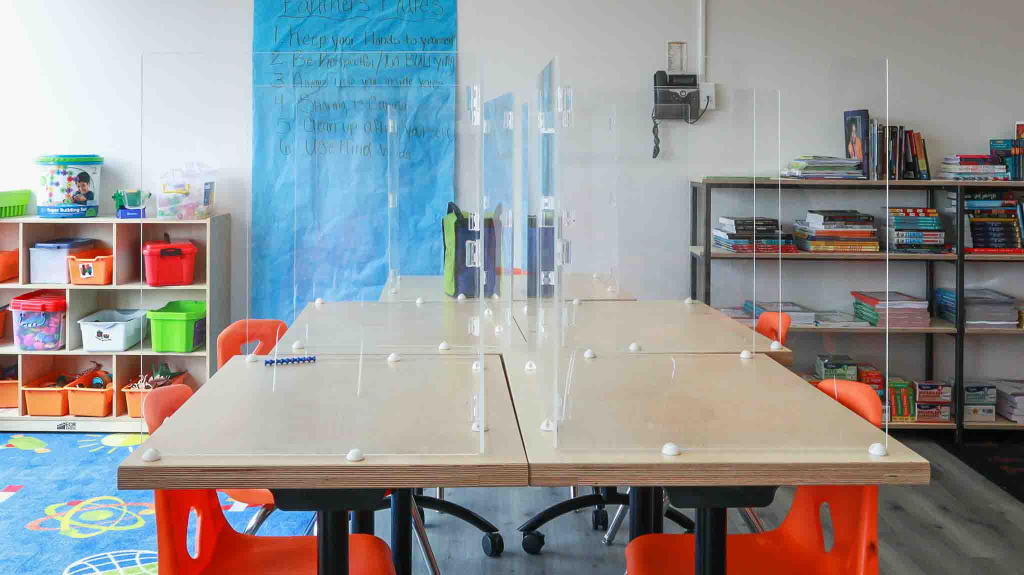 “When children are able to see each other, they light up. Then when they walk into the room and see the beautiful mural on the wall, this says ‘This is what I can be.’ You can’t ask for more than that,’ says Morgan.

Artist Christian Kanienberg painted the mural, which displays inspirational quotes and imagery symbolizing progress. The two Barclays colleagues were depicted in the mural as inspirational figures. He said bringing this vision to life was quite an experience and it happened naturally.

“My first meeting with Carolyn, we were on the same page with everything from messaging to starting aesthetics for the content of the mural,” Kanienberg said.

As a father and previous junior counselor at the YMCA in Ohio, he said these experiences gave him insight on how to nail the messaging to inspire and impact the children with color and the opportunity to learn new things.

Deborah Bagatta-Bowles, President and CEO of the YMCA of Delaware, says this is a great example of corporate responsibility in putting the children first and that it’s part of the silver lining of this past year.

“I can’t tell you what it’s meant to see this place renovated in the middle of a global health crisis. None of us ever expected anything like this,” said Bagatta-Bowles.

Adam Ahmad, Community Reinvestment Officer for Barclays Bank said the project was an easy ‘yes’  for the community when Morgan and Delaware came to him about this initiative.

“This project stood out to me. My son used to come here as part of daycare when I was with Bank of America. It was awesome to support and change the landscape for the children who attend here,” said Ahmad.

For more information on the YMCA of Delaware Learning Support Center, visit their website here: https://www.ymcade.org/learning-support-centers/