Crosby Hill will bring 203 apartments to Downtown Wilmington in Fall 2022.

Following an invocation by Major Timothy A. Sheehan of the neighboring The Salvation Army and remarks from Mayor Purzycki, 4th District Councilwoman Michelle Harlee, Rob Buccini, Co-President of The Buccini/Pollin Group, and Michael Hare, Executive Vice President of The Buccini/Pollin Group; an American flag was ceremoniously raised 150 feet above the ground to signify the project kickoff and the 11-story skyscraper that is to be erected on the site. 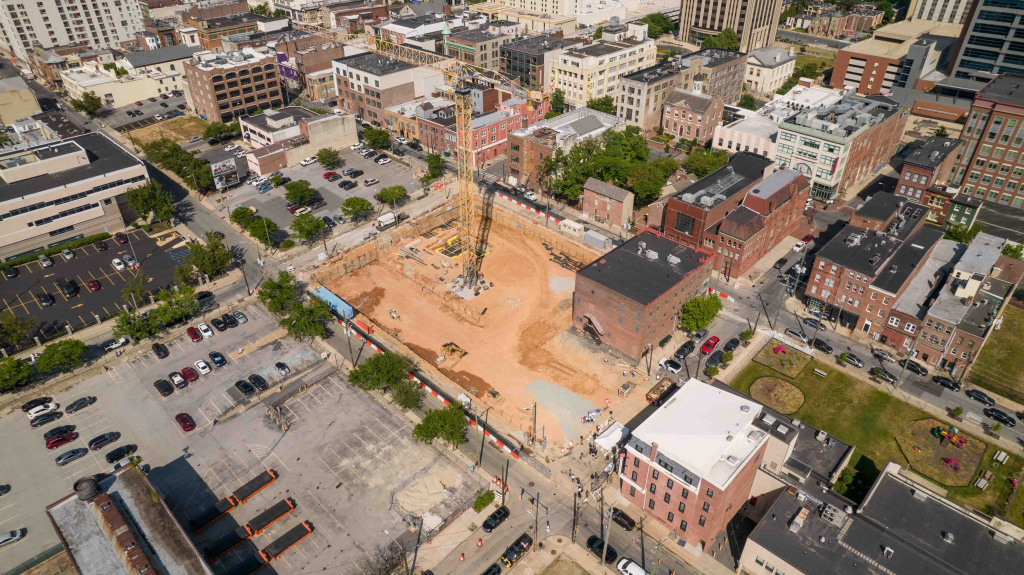 Aerial view of the new location of 203 Crosby Hill apartment and workspace complex Thursday, May. 20, 2021, in Wilmington, DE. Photo By Saquan Stimpson

Designed by Niles Bolton Associates, the $62 million development includes two 4-story buildings and one 11-story building surrounding a private, landscaped courtyard with a swimming pool, fireplace, BBQ grills, screening area, and pergola. A private parking garage with 124 parking spots will be located underground for residents. The building will also feature a fitness center and a penthouse clubroom on the 11th floor with unparalleled city and river views. The clubroom will boast a demonstration kitchen, game room, coworking space, indoor fireplace, and outdoor terrace. The community will include studios, one, and two-bedroom apartments with stainless-steel appliances, quartz counter tops and high-end finish details throughout. 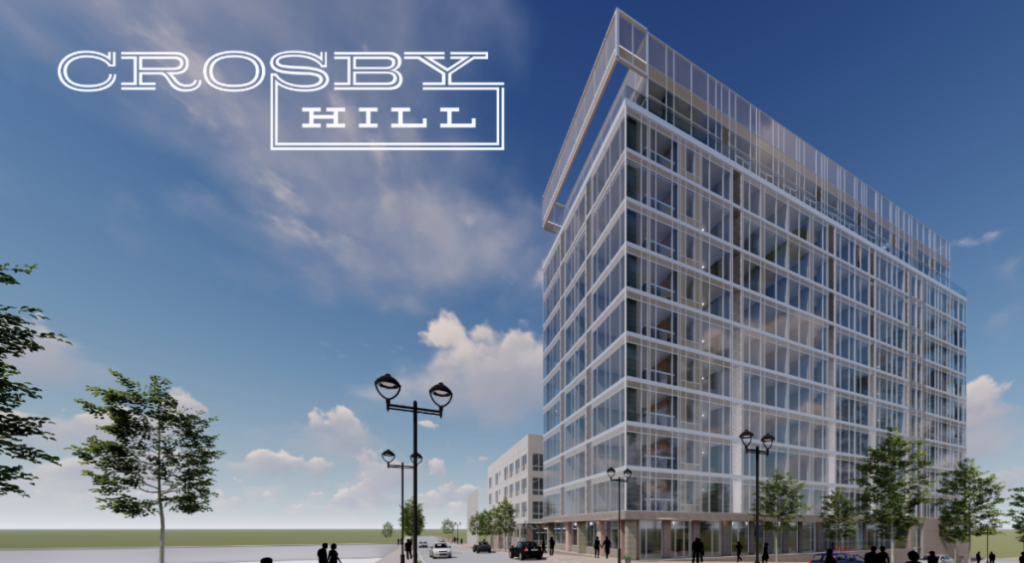 Courtesy of The Buccini/Pollin Group

The name Crosby Hill pays tribute to the Crosby and Hill Department Store that prominently served Wilmington for nearly a century from 1878 to 1960 at 605 Market St. Described by the Every Evening in 1888 as “an indication of the substantial development of the retail trade in Wilmington…[and] an ornament to the lead business center of the city,” BPG hopes this new development will be just as influential for the City as the first Crosby Hill building.

While the majority of development in recent years has been concentrated to Market Street, Crosby Hill marks a significant move westward to widen the core of the Central Business District in Downtown Wilmington. Prior to demolition, the site was originally a standard parking lot. Crosby Hill will relocate the parking underground and bring an estimated 400 people to Shipley Street, which impacts the broader strategy to build critical mass and broaden the Downtown.

“Wilmington is an inspiring collection of diverse, livable neighborhoods,” said Wilmington Mayor Mike Purzycki. “In more recent years, we’ve seen a remarkable growth of housing options in the Downtown District neighborhood largely because of the unprecedented investment of our partners at BPG who continue to demonstrate their deep affection and support for Wilmington.” 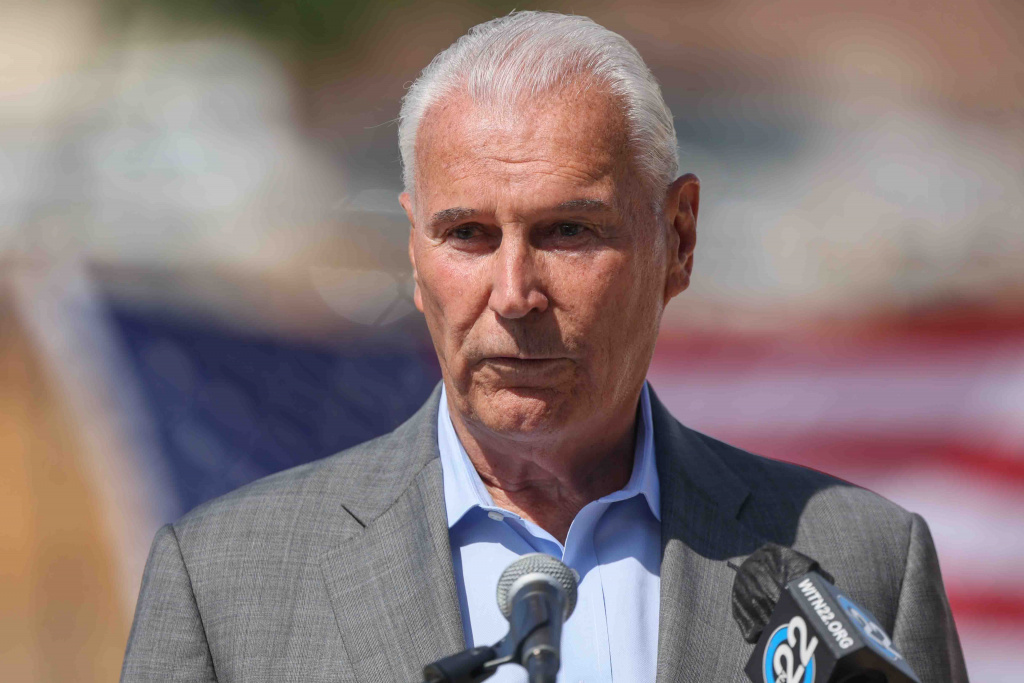 Mayor Mike Purzycki addresses members of the audience during a press conference to announce a new 203 apartment and workspace complex Thursday, May. 20, 2021, in Wilmington, DE. Photo By Saquan Stimpson

“Yesterday’s Crosby Hill announcement was possible because Wilmington is not only a great place to live, work, raise a family and have fun, but more and more people believe in this mantra and are staking a claim in our City’s future,” continued Mayor Purzycki. “I extend my thanks to the people throughout this great City who believe in the power of our neighborhoods to push Wilmington to even greater heights.”

To date, BPG has brought over 1,900 units to the residential market in Wilmington and has another 500 units under development or construction, including Crosby Hill. In March of 2020, BPG opened 13 units on Market Street at 713 MKT. In September of 2020, BPG opened the first living experience in the DuPont Building with the new 198-unit community at 101 dupont place. Just last month, BPG welcomed its first residents to The Cooper, a 92-unit community on Lower Market Street. Despite the pandemic, BPG’s residential portfolio is stabilized above 92% occupancy across the board, reinforcing the company’s unwavering confidence in the Wilmington residential market. 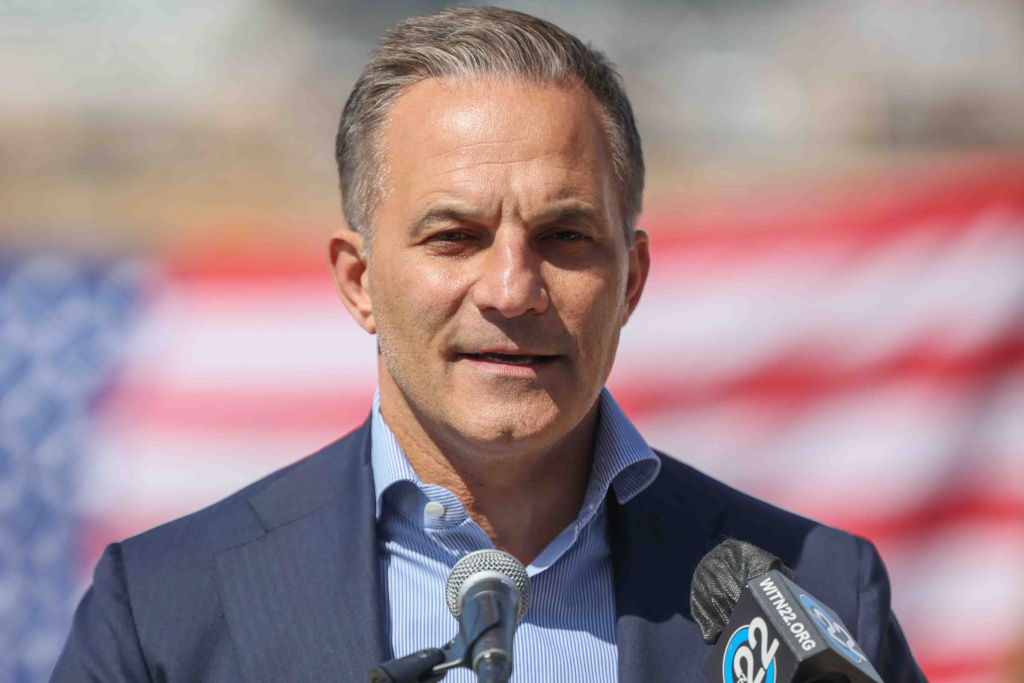 Rob Buccini, Co-President of The Buccini/Pollin Group addresses members of the audience during a press conference to announce a new 203 apartment and workspace complex Thursday, May. 20, 2021, in Wilmington, DE. Photo By Saquan Stimpson

“We whole-heartedly believe that the City of Wilmington is a great place to live and do businesses, and we are committed to Wilmington’s growth every day. We will continue to build beautiful homes here as more and more people are attracted to all of the great things our City offers,” said Rob Buccini, Co-President of The Buccini/Pollin Group.

“When we opened our first building The Residences at Rodney Square in 2003, we had a harder time leasing the building when there were only 280 available units in Downtown Wilmington than we do now with over 1,900 units. We have a blueprint for success here, and it has been shown to us time and time again that as we bring more people to live in Wilmington, it becomes that much easier to attract new residents, businesses, and visitors to our great City.”

About The Buccini/Pollin Group

Buccini/Pollin has acquired, developed and owns real estate assets having a value in excess of $5.0 billion, including over 40 hotels, 7 million square feet of office and retail space, 15 major residential communities, and multiple entertainment venues, including Subaru Park Stadium, home of the Philadelphia Union Major League Soccer team and the 76ers Fieldhouse, home of the 76ers G-League affiliate the Delaware Blue Coats. Buccini/Pollin has third-party experience in multiple markets with adaptive re-use and mixed-use development, most recently, the 28-acre Lower Hill redevelopment in Pittsburgh, Pennsylvania.