BLUE COATS TOOK ONLY MEETING BETWEEN THE TWO TEAMS ON FEB. 21 GAME WILL AIR NATIONALLY ON ESPNews

ORLANDO — MAR. 6, 2021 — The Delaware Blue Coats (10-5), the NBA G League affiliate of the Philadelphia 76ers, will play the first playoff game in franchise history on Monday at 8:15 p.m. ET against the Austin Spurs (10-5). Delaware is the No. 4 seed in the NBA G League playoffs, while Austin is the No. 5 seed. It is a single-elimination format.

On Feb. 21, the Blue Coats defeated the Spurs, 122-107, in the only regular season meeting between the two teams. Seven Blue Coats reached double figures scoring, as the team tied the franchise record for consecutive wins with its seventh straight victory.

Monday night’s game can be seen nationally on ESPNews and heard on Rowan Radio 89.7 WGLS-FM.

On Saturday afternoon, the Blue Coats fell to the Memphis Hustle, 106-95, at the ESPN Wide World of Sports Complex near Orlando, Florida to conclude their regular season. Paul Reed posted his league-leading 12th double-double of the season with a game-high 27 points and season-high-tying 16 rebounds. Reed added a rookie career-high six assists, three steals and two blocks. 76ers assignment player Isaiah Joe scored 12 points, including a pair of three-pointers for the Blue Coats. 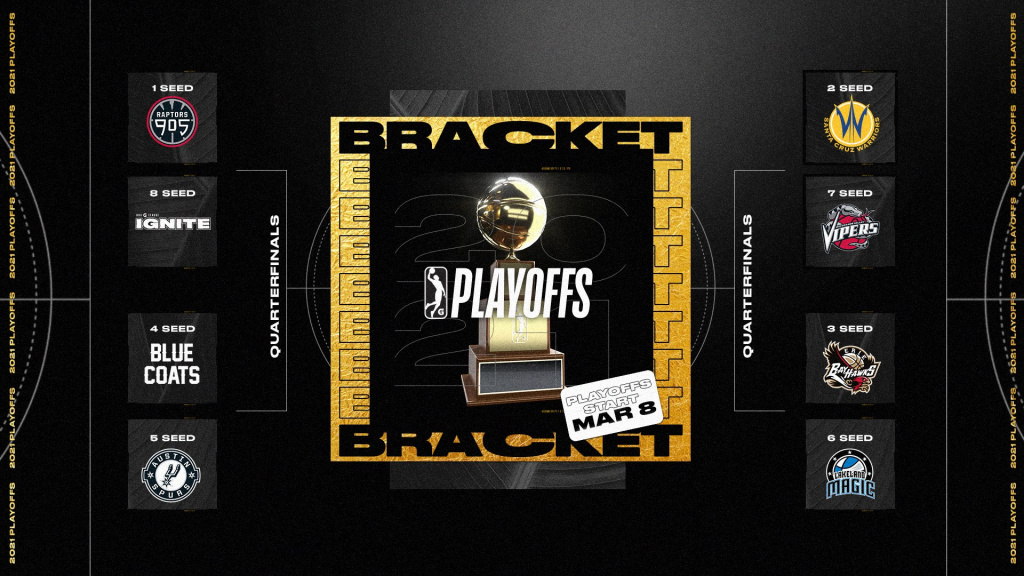