BLUE COATS CRUISE PAST SWARM TO IMPROVE TO 4-0

ORLANDO – FEB. 16, 2021 – The Delaware Blue Coats (4-0), the NBA G League affiliate of the Philadelphia 76ers, defeated the Greensboro Swarm (1-3), 127-98, on Tuesday night at the ESPN Wide World of Sports Complex near Orlando, Florida. 76ers two-way contract player Paul Reed totaled 19 points (8-16 FG, 1-3 3FG, 1-1 FT) and a rookie career-high 16 rebounds, including six on the offensive glass, with a steal and two blocks. Rayjon Tucker, also on a two-way contract with Philadelphia, posted a double-double of his own with 13 points, a career-high 10 assists, three steals and a block. The Blue Coats are one of two remaining unbeaten teams in the NBA G League, alongside NBA G League Ignite 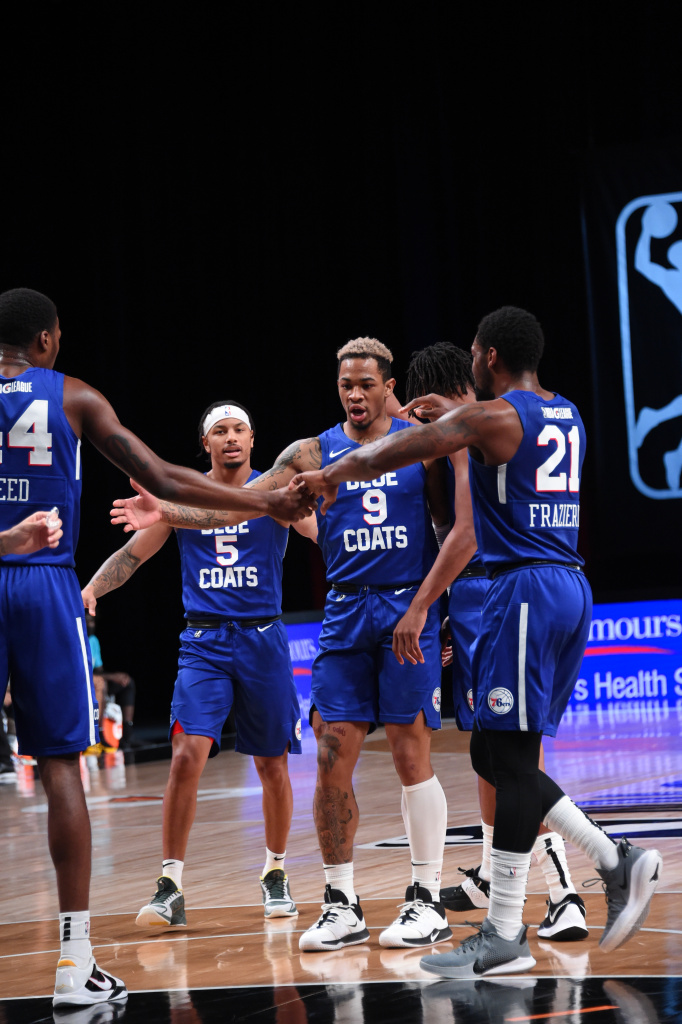 ORLANDO, FL – FEBRUARY 16: on February 16, 2021 at AdventHealth Arena in Orlando, Florida. NOTE TO USER: User expressly acknowledges and agrees that, by downloading and/or using this Photograph, user is consenting to the terms and conditions of the Getty Images License Agreement. Mandatory Copyright Notice: Copyright 2021 NBAE (Photo by Juan Ocampo/NBAE via Getty Images)

Delaware’s Jared Brownridge poured in a game-high 24 points on 9-15 shooting from the field and 5-9 from three-point range. Justin Robinson and Jordan Bone each posted 17 points, with Bone converting five of his seven three-point attempts.

The Blue Coats’ 127 points, 49 field goals, 17 three-pointers and 34 assists all represent new season-high totals. Ten turnovers were the fewest the team has committed this season, while they forced the Swarm into 23 turnovers on the back of 13 steals. Delaware has now swiped at least 13 steals in three straight games.

Six Blue Coats scored in double figures of the first time this season. They led 72-58 at halftime.

Greensboro’s Kobi Simmons led the team in scoring with 19 points on 7-11 shooting from the floor, 2-3 from beyond the arc and 2-2 at the free-throw line. Vernon Carey Jr., on assignment from the Charlotte Hornets, had 18 points and eight rebounds in the loss. Admiral Schofield added a double-double for the Swarm with 14 points (6-14 FG, 2-8 3FG) and 10 rebounds.

UP NEXT: The Blue Coats play the second game of a back-to-back tomorrow night at 7 p.m. against the Iowa Wolves. Iowa is 0-4 this season. The game can be seen locally on DETV Channel 28 and heard on Rowan Radio 89.7 WGLS-FM.