In advance of Police Chief Robert J. Tracy’s presentation of the 2020 Crime Report this evening to City Council’s Public Safety Committee, Wilmington Mayor Mike Purzycki today expressed his deep concerns about illegal gun use in Wilmington, which he said is tearing apart families and neighborhoods.

The Mayor said in collaboration with City Council, Wilmington’s General Assembly delegation, the City’s law enforcement partners and residents citywide, Wilmington needs to unite behind the notion that 2021 can be the year that gun violence is significantly reduced and the proliferation of illegal gun use is brought under control. Mayor Purzycki said he would be supportive of legislative solutions and other violence reduction options that redirect people from what caused them to adopt patterns of gun use and crime.

The latest annual comprehensive crime summary, which has been posted on the City’s website since January 14, includes a wealth of data and analysis, speaks to overall crime trends as well as various initiatives aimed at combatting gun violence and crime in Delaware’s largest city. The WPD’s 2020 Citywide CompStat report, which is part of the annual report, shows overall crime in 2020 was down 6% from 2019 across Part One crime categories. The 2020 totals represent a 16% decrease in overall crime in the three-year period from 2017 to 2020, and a 26% decrease for the four-year period from 2016 to 2020.

The complete 2020 crime and policing report, which includes complete crime statistics for the year, can be viewed or downloaded here.

Mayor Purzycki today offered additional thoughts from a viewpoint of governing an entire City that has seen a great deal of progress in recent years but is continually held back from its true potential by a deeply troubling gun violence problem. 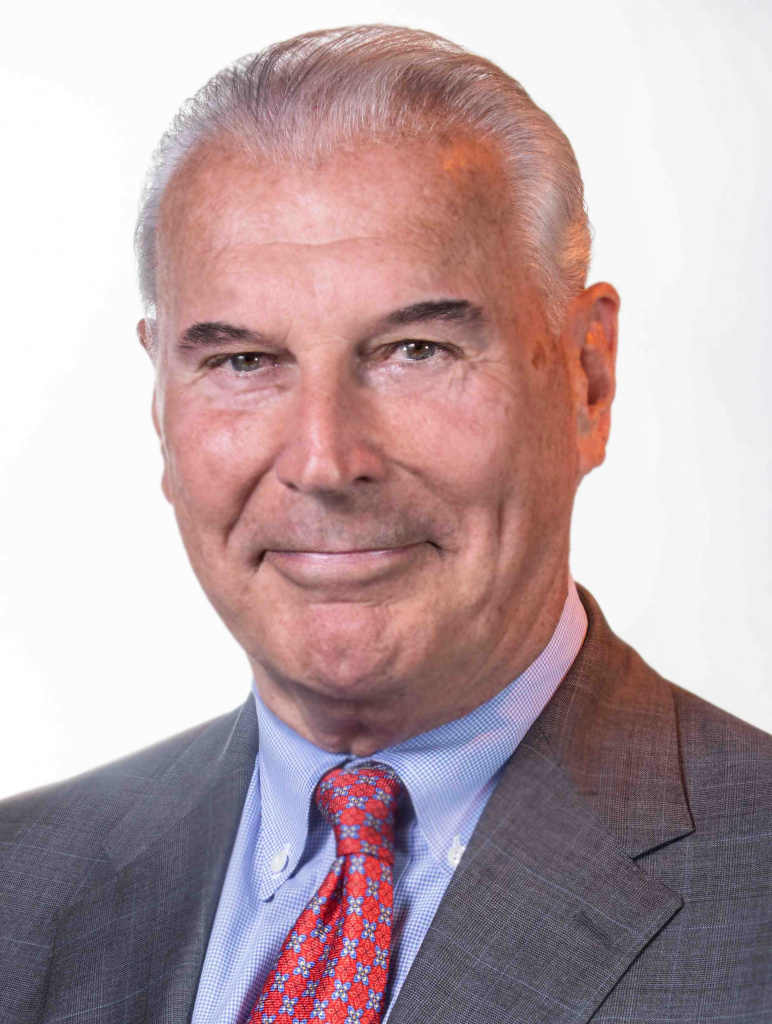 “As we reflect on 2020 and look forward to 2021 there is much to be optimistic about. One of our own is now President of the United States. Private investment in Wilmington has approached $1 billion over the past four years. Thousands of new residents now call Wilmington home. Restaurants have opened even as the industry struggles through a pandemic. Three new hotels have opened not counting the reopening of the iconic Hotel DuPont. Your City government has invested $40 million in capital dollars for park improvements, street construction, and water/sewer infrastructure enhancements. Twenty-six miles of City streets have been repaved. Moody’s improved the City’s bond rating by removing a negative outlook. We have not raised taxes in three years while Wilmington’s cash balances have improved significantly.

And while the pandemic will continue to present serious challenges in the short term, our long-term outlook as a City is sound. The exceptions are the intractable problems that some residents are forced to confront every day, such as debilitating poverty and a serious crime problem. After experiencing the lowest level of violent crime in a decade in 2018, Wilmington’s gun-related crime slowly increased at the end of 2019 and then spiked in 2020.

Gun violence claimed 29 lives in our city last year and two additional lives were taken in stabbing incidents – a 35% increase over the year before. One hundred sixty-eight people were shot, a 50% increase over 2019, which is almost one shooting every other day. In the first month of this new year, three people were murdered. We cannot continue to kid ourselves — Wilmington simply has too much gun-related violence based on the size of our population.

If we don’t fix the underlying social ills, we will never reduce crime in the long run. But changing underlying social ills is, by definition, a long-term and highly complex proposition with unknowable results. Improving our neighborhoods and supporting our neighbors are necessary strategies to reducing crime. My hope is that we can coalesce around strategies that are proven to work. Until we find consensus on these strategies—which invariably involve the sensitive issue of race—we are left with turning to law enforcement to reduce violent crime.

It is important for context to understand that Wilmington is not alone in experiencing an increase in violent crime. A report by the Council on Criminal Justice found that among 21 cities with relevant data, homicide rates increased by 42% year over year during the summer of 2020 and 34% during the fall. Cities like New York (37%), Philadelphia (37.5%), Atlanta (42%) and New Orleans (75%) saw sharp increases in homicides. The Police Executive Research Forum found that homicides increased 28% in the first nine months of 2020 based on data from 223 police agencies. None of this lets us off the hook for taking responsibility for managing our own crime problem, but it is helpful to understand that there is a destructive social dynamic occurring that is surely not unique to Wilmington.

If there is any consensus among experts about the reasons for this increase in violence, the best candidates are as follows. First, portions of the criminal justice system have been on pause for almost a year, which has limited the final disposition of criminal cases, including serious gun charges. Two men were murdered in Wilmington last year while on bail awaiting trial. Literally hundreds of people were out on the street awaiting trial for, among other charges, illegal possession of a firearm.  Second, the pandemic has created not only economic stresses, but social stresses resulting in deadly personal confrontations that would have been brushed off in more normal times. Third, there is wide belief among law enforcement professionals that the ever-increasing proliferation of firearms is a major contributing factor in the level of gun violence.

You should know that I consider each and every shooting a personal failure. Each shooting is a symbol of underlying weaknesses in our community, for which I am primarily responsible.

I am looking for solutions and open to options for ending this vexing problem of gun violence. I know that it needs to be a combination of improved gun laws and a continuation of community-supported law enforcement, along with enhanced institutional supports such as better schools and improved delivery of social services. I want to work with other elected officials and the community to bring about solutions and make progress on racial, social, and criminal justice reforms. We need to trust each other, be ready to work together, and know that through the highs and lows of trying, we are doing what needs to be done together to reduce crime and poverty and ensure racial and economic equity.” 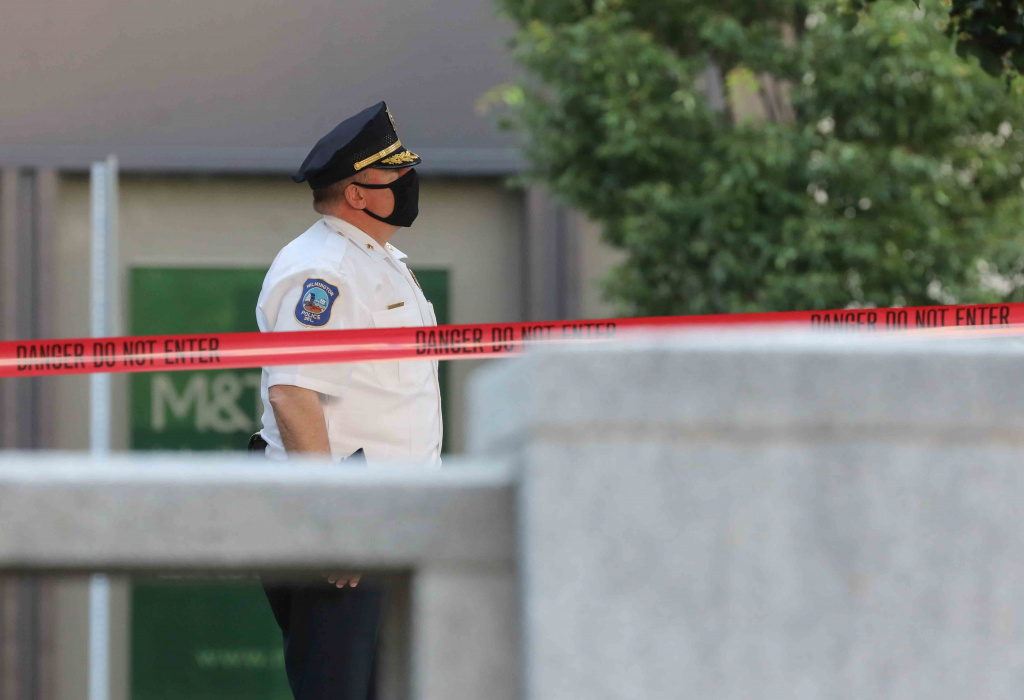 Chief Tracy said his department is committed to providing as much comprehensive data as possible about crime incidents and investigations, without compromising the work of his officers and other law enforcement agencies that assist the WPD.

“Our comprehensive report details not only the firearm crime our City experienced in 2020, but also the record number of gun arrests our officers have made, and how we have been working with our criminal justice partners to address this unacceptable violence,” said Chief Tracy. “We will continue to implement evidence-based, proven crime strategies and work closely with the community we serve as we seek to further address those who illegally carry firearms and commit gun crime in our neighborhoods.”

The 2020 Year-End Report also includes data related to additional crime categories; calls for service; community engagement and community meeting attendance; foot patrols conducted throughout the City; the department’s 2020 clearance rate for murder investigations; caseload details for the agency’s Victim Services Unit and Youth Response Unit; citizen complaints, and more. There is also information and commentary about how the department has adapted to the Covid-19 global health pandemic, in addition to details on ongoing recruitment efforts and the progress that has been made in implementing a Body-Worn Camera program for all sworn police officers.

“Our community, like cities and towns across the country, experienced historic challenges and effects related to the pandemic, as institutions have been strained and community support networks interrupted,” said Chief Tracy. “The year 2020 is one that has been indelibly marked by a number of challenges, and we look forward to continuing our efforts to adapt to these challenges and continue to work in close partnership with the community to enhance public safety in every corner of Wilmington.”

Mayor Purzycki and Chief Tracy encouraged the public to continue to follow the Wilmington Police Department on social media – on Facebook, @WilmingtonPolice; on Twitter, @WPDPIO – and to visit www.CrimeMapping.com [crimemapping.com] to see crime data, updated daily, throughout the city. The public also has access to the WPD’s CompStat reports, which are published online and updated weekly here.