Mayor Mike Purzycki spent Saturday morning surveying damage in various parts of the City from one of the most severe and sudden storms to develop over Wilmington in recent memory. There was a tornado warning issued for northern New Castle County Friday night, but so far, no confirmation of a tornado but there is clear evidence of the severity of the storm’s strength. 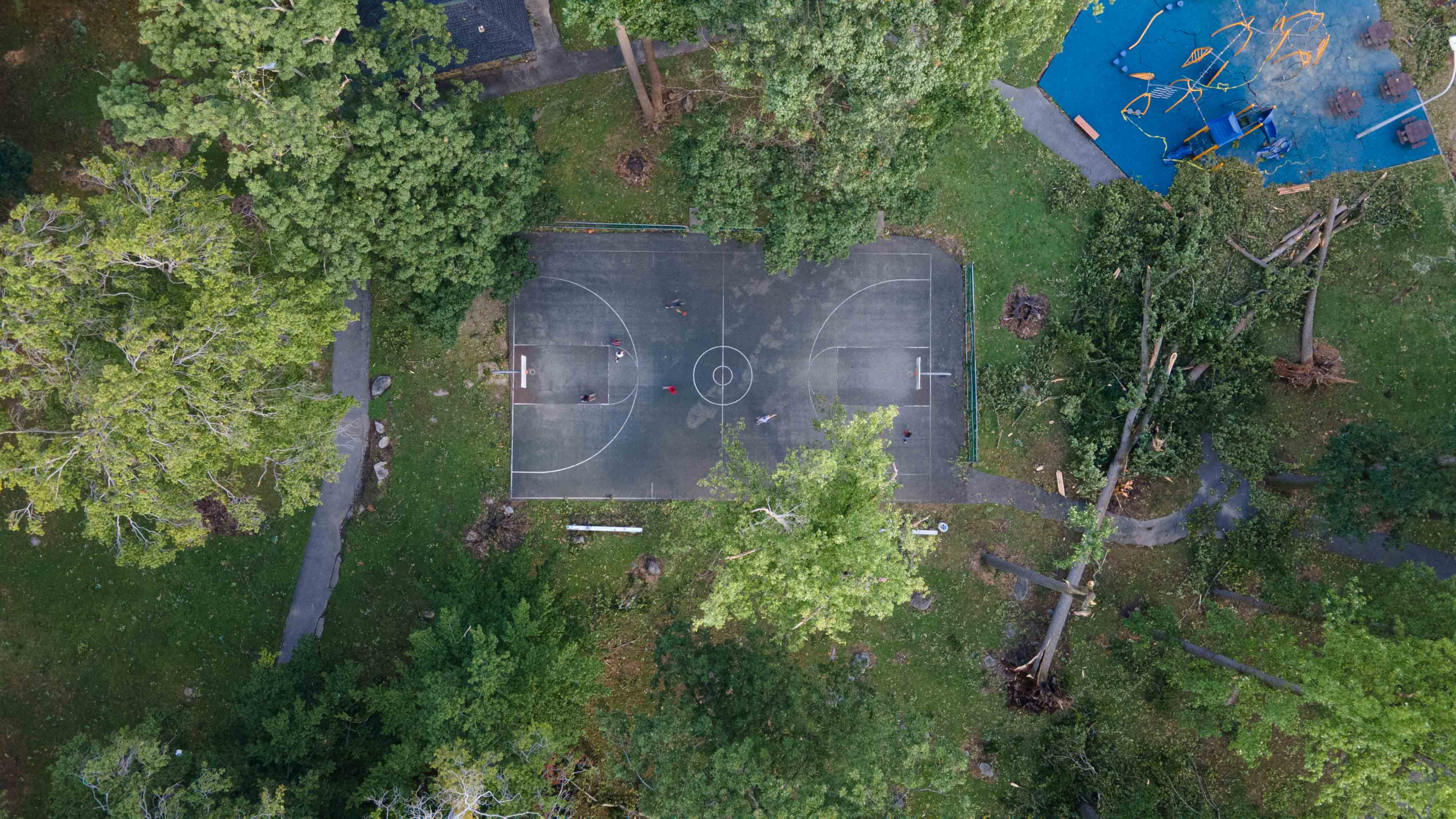 Children are seen playing basketball at Haynes Park as a fallen tree lays nearby Saturday, August 8, 2020, after destructive rain and wind storm in Wilmington, DE. A tornado with winds as high as 30 miles an hour was reported in Wilmington. Photo By Saquan Stimpson

There are downed trees and wires, which is making walking and driving hazardous in the northern part of the City. Delmarva is working to restore power to residents in a number of neighborhoods as quickly as possible. Haynes Park, off Miller Road near the Home Depot, was one of the hardest-hit areas with many trees knocked down and damaged. The park is closed and residents are asked not to get near the park to survey the damage.

The Mayor thanked employees from the City Departments of Parks and Recreation and Public Works for working nonstop throughout the night and into this morning to clean debris and remove as many hazards as possible. A video message from Mayor Purzycki can be viewed here [facebook.com].

“Obviously we’ve had devastation throughout the City,” said the Mayor. “We are going to do our very best to ensure that everybody is safe and that we pick up after this terrible storm and get things back to normal again.

The Mayor reminds residents to take all necessary precautions today, including:

•Do NOT attempt to drive through any remaining high water.