Community representatives Mahkieb Booker and Richard Raw joined Wilmington Mayor Mike Purzycki and City Council President Hanifa Shabazz to affirm the City’s commitment to supporting national and global efforts to elevate the lives of Black people. In recent days, the City leaders and community members discussed a variety of steps that can be taken to build trust, support racial justice, and create a City and a world that is free of anti-Blackness, where every Black person has the social, economic, and political power to thrive.

The Mayor and Council President said the first action to be taken in Wilmington to demonstrate the City’s support for national and global black liberation efforts will be to create an intentional visual representation of Black culture in the City. 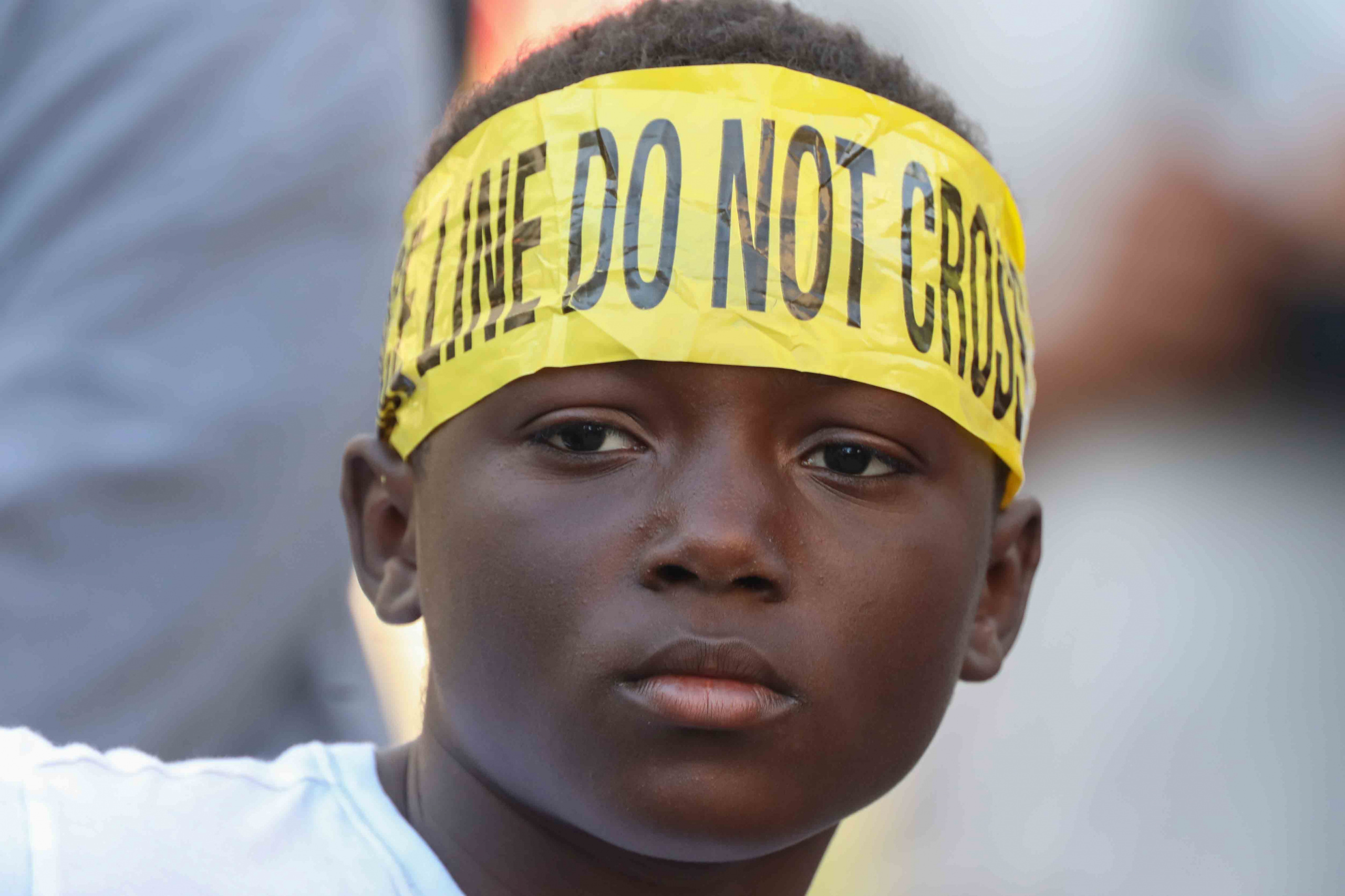 A young man attends a rally while wearing police tape as a headband Sunday. May 31, 2020, at the City-County Building in Wilmington, DE.

The City leaders said Wilmington will display the red, black, and green Pan-African flag prominently in the City. Until a permanent site is identified, the flag will be flown at the Triangle Park located at 18th and Washington Streets. The Mayor and Council President also said Black Lives Matter graphics and other forms of Black cultural art will be featured on street crosswalks at prominent intersections in the City. In addition, they said a mural representing Black pride and culture will be placed in Freedom Plaza between the state and City and county government buildings on French Street.

“We are taking action because it’s the right thing to do, long overdue, and because we believe these are important first steps to promote discussion, understanding, tolerance, and support among all people in our City,” said Mayor Purzycki. “Mahkieb, Richard and other community members with whom Council President Shabazz and I have interacted in recent weeks have stressed the need to think and act differently to eliminate, without further delay, the racial injustices that have pained us as a nation. They couldn’t be more correct. We will redouble our efforts in Wilmington to promote a more civil and just environment where everyone is treated equally and with respect.”

In the days and weeks ahead, the Mayor and City Council President said they are looking forward to working with interested community representatives and elected officials to support racial justice reforms and the development of Black culture in the City.

“This bridging of communication, learning about our differences, and respectfully coming to a consensus shows that Wilmington agrees that Black Lives Matter,” said Council President Shabazz. “Talk is cheap but demonstrating our commitment with these cultural expressions is just the beginning. I look forward to the continued conversations that will bring about needed legislative policy changes, but this will require the entire community’s participation in the process.” 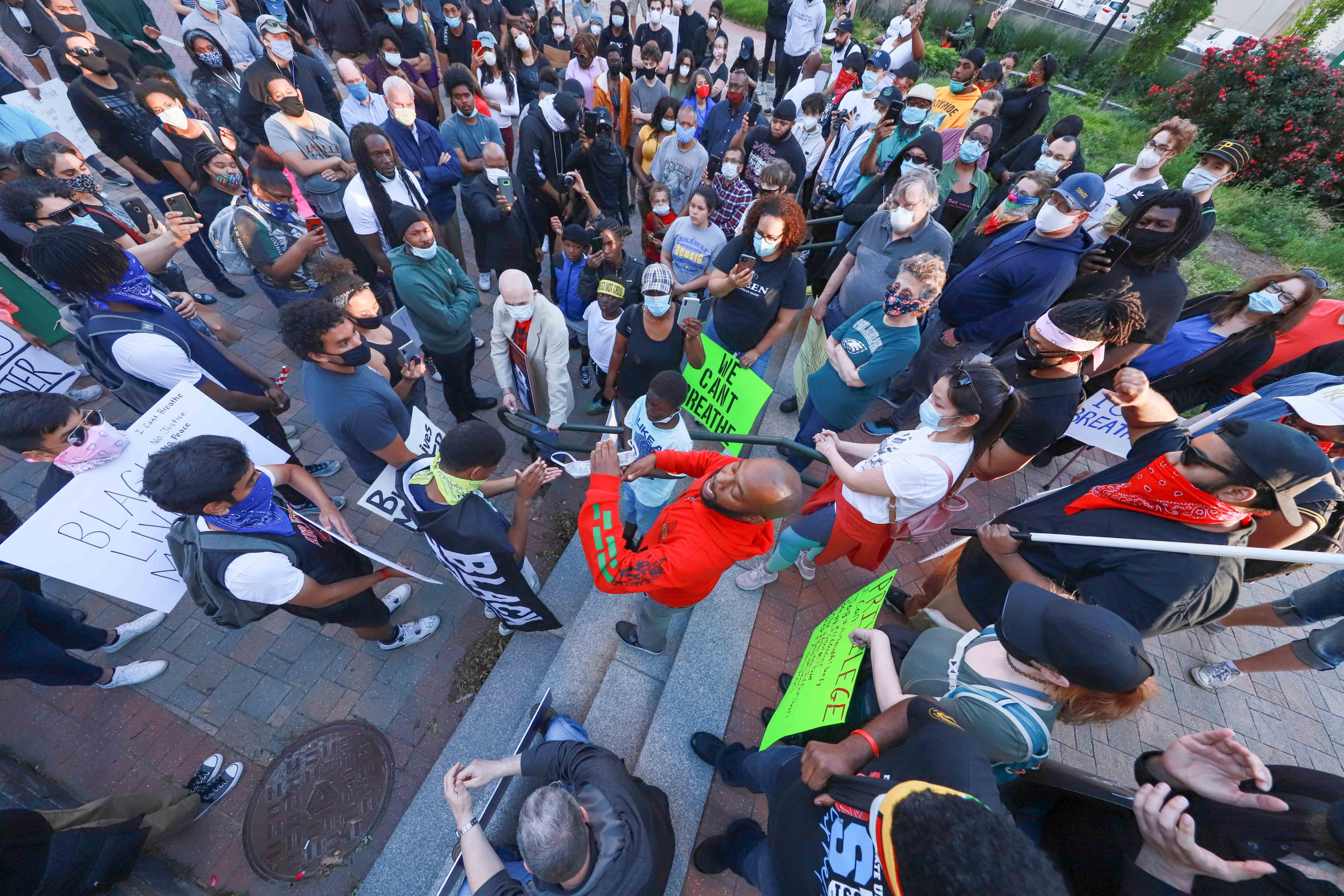 “Cultural development in the Black community is essential,” said Richard Raw. “While our legislatures work to change the systems that govern us, my commitment is to address the social, cultural and educational needs of our people.”

The red, black, and green flag that will fly prominently in Wilmington is referred to as the Pan-African, Marcus Garvey, UNIA, or Black Liberation flag and serves as both a cultural and political ideology for the solidarity of peoples of African descent. With its horizontal red, black, and green stripes, it was adopted by the Universal Negro Improvement Association (UNIA) at a conference in New York City in 1920. For several years leading up to that point, Marcus Garvey, the UNIA’s leader, talked about the need for a Black liberation flag as a necessary symbol of political maturity. The color red in the flag stands for blood — both the blood shed by Africans who died in their fight for liberation, and the shared blood of the African people. Black represents Black people, and green is a symbol of growth and the natural fertility of Africa. The City has agreed to fly this flag to show its respect for the history and collective struggle of black people in Wilmington and those across the globe.

Mayor Purzycki and Council President Shabazz said today they recognize the tainted history of Wilmington. Historically, they noted, local Black and brown communities have suffered from policies and legislation that negatively impacted their development. From the construction of Interstate 95 through the westside of Wilmington to the decimation of communities on the eastside, Black and brown communities in Wilmington have had to bear the brunt of the negative effects caused by City development. The Mayor and Council President said the history of Wilmington is not unique but is the history of this nation. City leaders are now taking a stand and joining the Black community to recognize this history and change the trajectory of the future.

Wilmington will soon issue a call for artists to create Black Lives Matter graphics and other forms of Black cultural art that will be featured as a mural and on street crosswalks around the City.