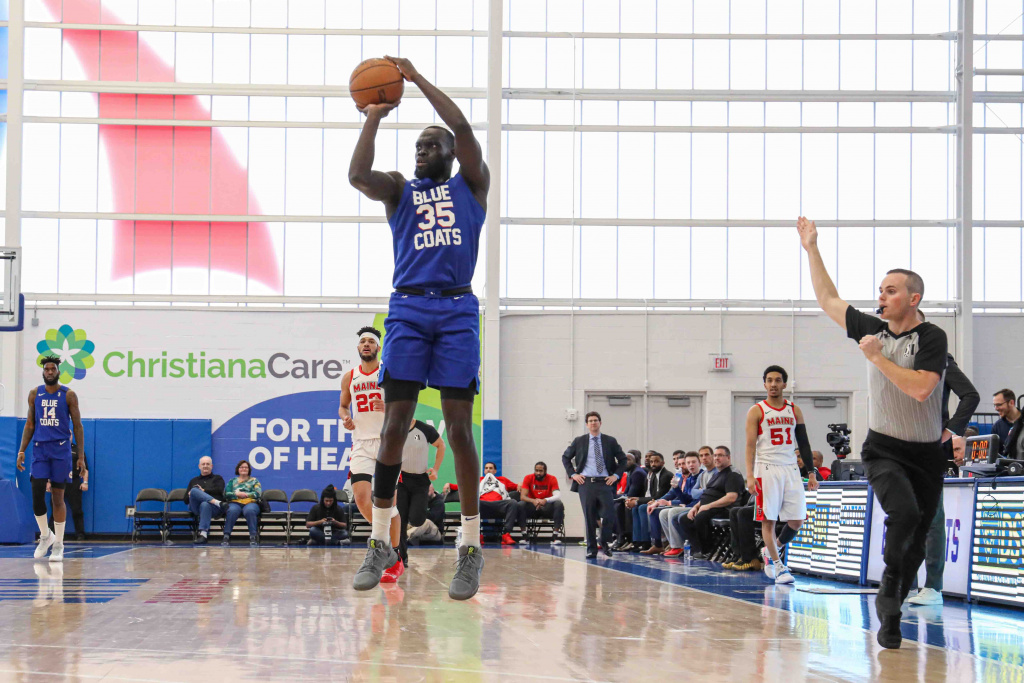 Norvel Pelle (14), on assignment from the 76ers defending during an NBA G-league regular season basketball game between the Delaware Blue Coats and the Maine Red Claws (Boston Celtics) Wednesday, MAR. 11, 2020, at the 76ers Fieldhouse in Wilmington, DE. Photo By Saquan Stimpson

The Blue Coats led 53-44 at halftime and outscored Maine 52-31 in the second and third quarters combined. Delaware, which led by as many as 34 points in the victory, totaled 24 points on the fast break.

The Blue Coats host the Long Island Nets on Saturday at 7 p.m. at 76ers Fieldhouse.