Stubbs Early Education Center hosted a Decorating Cupcakes with Dad event for students and their families.

Dr. Whitney Williams, principal of Stubbs Early Education Center, said the event helped them emphasize the importance of fathers being present in their children’s lives. She said traditionally mothers come out and participate in events created by the school, but they want to include the fathers too.

Past events involving fathers were ‘Bring your dad to school day’ and teaching fathers how to do their daughters’ hair.

“It’s all about bringing the dads and children together to engage in activities that are fun and also showing the importance of fathers, the role they play in their children’s lives. We can’t all just go off of one parent when we have the opportunity to have both to be engaged in their child’s life. It can only turn out positive,” said Williams. 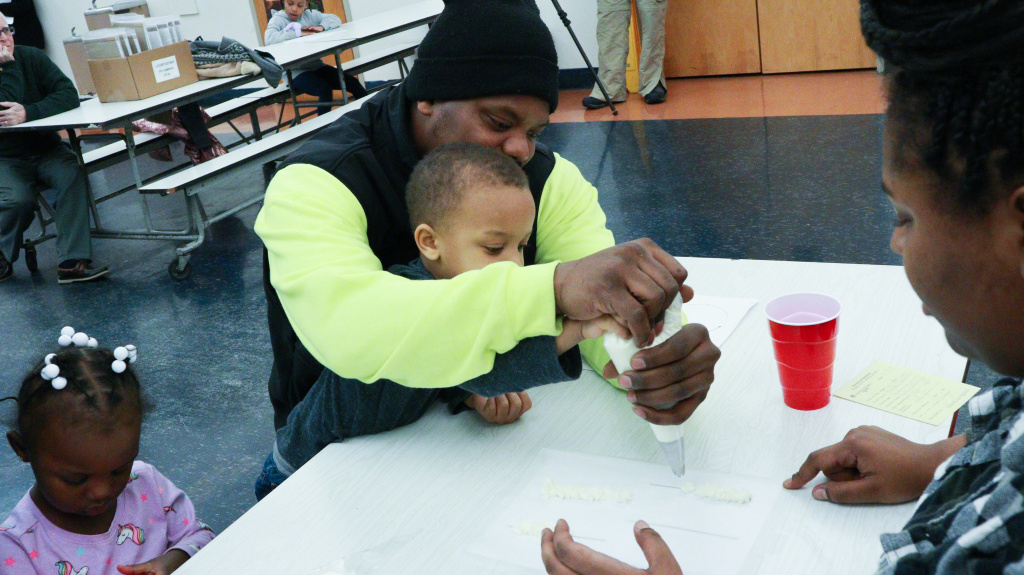 A father helps his son practice the placement of icing during the Decorating Cupcakes with Dad event Thursday, February 13, 2020, at Stubbs Early Education Center in Wilmington, DE. Photo by Monique Harmon

Kenyatta Livingston, a team leader for the Stubbs Community School Program, organized the event. He said that they tried to think outside the box in terms of creating events that engage fathers and other family members in the community.

“I think it was a hit. We had a full cafeteria. Everyone was engaged. It was a lot of smiling faces. You can always gauge an activity by seeing who is enjoying themselves. Everyone seemed to enjoy themselves,” said Livingston.

“I love doing stuff like this. To see the interaction between the dads, the moms, and the kids. We need to do more of this. More people doing nice things for other people. Everybody left happy. Everybody had fun,” said Alderman.

Anthony Gray, a father of a couple of students at Stubbs, was happy to be there.

“I had an awesome experience with my kids. It was the best thing that we did this month. I like to come into the programs that they have. I’ve been coming here for a couple of months now. I have a lot of fun every time I engage with my children here,” said Gray.

Some staff members stepped in as dads for students whose dads weren’t present.

Evan Smith, the Fatherhood Coordinator for Parents and Teachers at Stubbs Early Education Center and Dual Generation Center was one of the supporting males for those students. He reads to the students and works with them throughout the day. He said the turnout for the event was great.

“It was actually a really good event with the interaction from father to child and also mother to child. Also with us being able to come and add a hand where fathers may not be here. Also the creativity of the cupcakes,” said Smith. 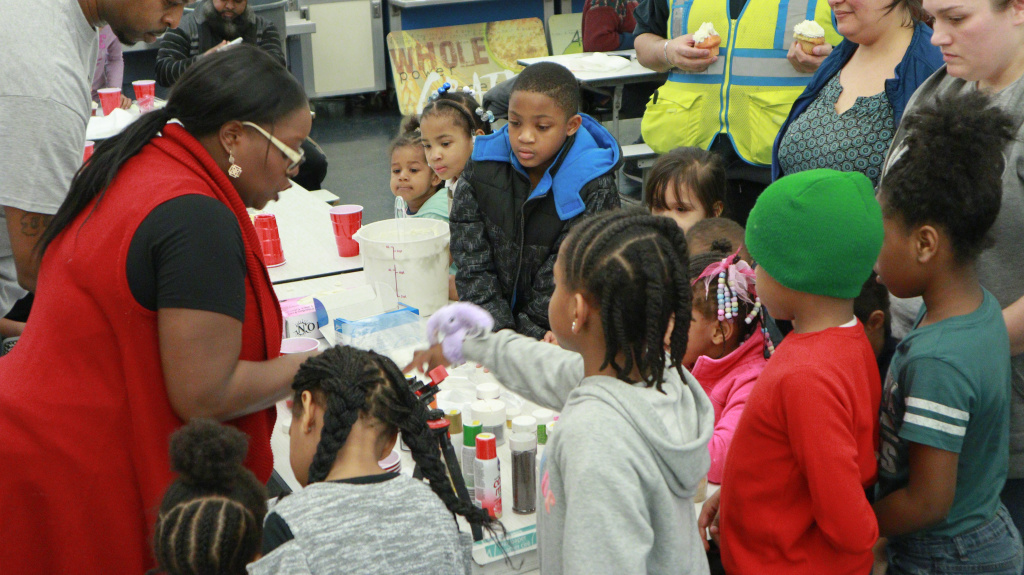 Williams said that they’ll have more events in the future that will focus on dads and events that encourage the family to come out as a whole.

“In this model of our new Stubbs Early Education Center, at Dual Generation Center, the importance is that we have services not just where we’re educating the children, but we’re focused on helping the parents and adults as well. Any adult in the city of Wilmington that has a need, we have resources here that can support them. Whether that be through the Department of Labor, Department of Health and Social Services, adult and continuing education, workforce development and training, and financial literacy, we have it. Even parenting education classes,” Williams said.

Smith said the purpose of the event was about legacy and the parents taking care of their children.

Livingston advised that if dads in the community see opportunities to engage with their children, they should take advantage of those opportunities.

“We all know that time is priceless and you’ll never spend enough time with your kids,” he said.