Black History Month got off to a great start at the YMCA, celebrating African American innovators in science, technology, engineering, and mathematics. Various organizations such as Delaware First Robotics, Sea Grant Delaware, and the Summer Youth Employment program participated in the event, meeting the youth in the community.

Jacqueline Means, the STEM queen and founder of the Wilmington Urban Stem Initiative, showed the youth a couple of science demonstrations at the event.

Wilmington City Council President Hanifa Shabazz was excited to be at the event and said that it exposed them to the vast contributions of African Americans to the field of STEM. She said that it should be in the curriculum and that the children should be exposed to it regularly. 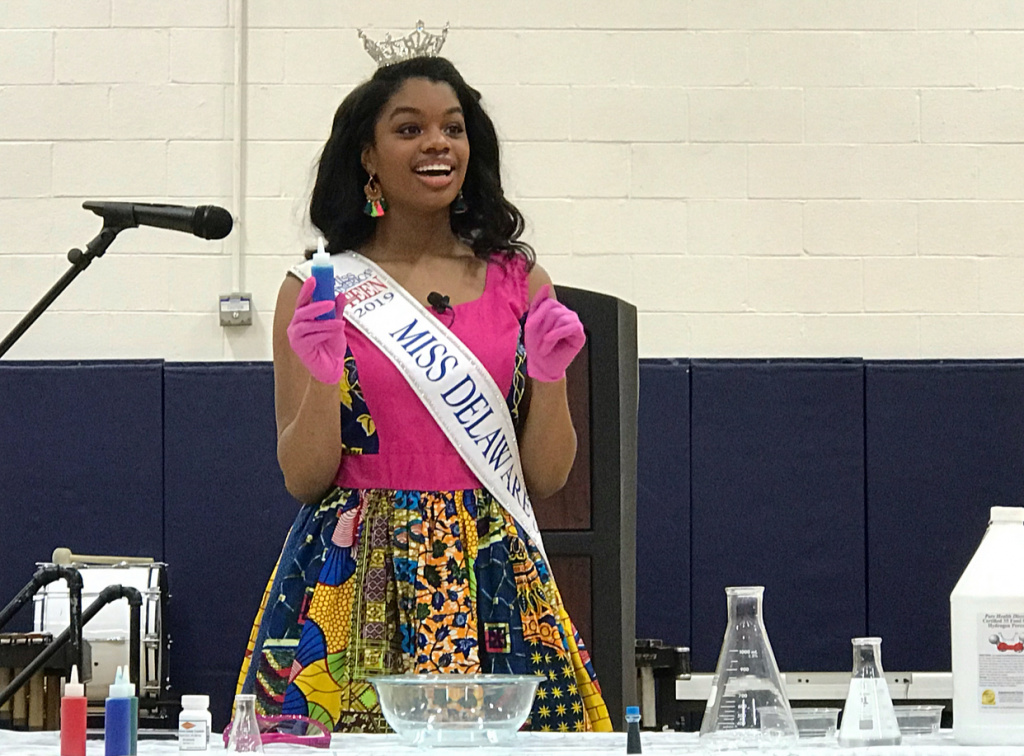 “Means has really stood out front in demonstrating the ease of being involved in science, technology, engineering, and math. I hope she is just a role model for young people. This is an ease for our children. We just have to expose them to them, give them the tools, and stand there and help and direct them to being successful in this field,” said Shabazz.

Dr. Jeanette Davis, a marine microbiologist, and Ocean Policy Advisor said she knew right away that she enjoyed the subject of science. She said she had an amazing science teacher in fifth or sixth grade, whose teaching made her want to be a scientist.

She originally thought she would be a medical doctor, but she went to Hampton University for her undergraduate learning and fell in love with the marine and environmental science department. She studied the planets and the ocean, which involved studying chemistry, physics, geology, and botany. She took a course on microbiology and loved it.

Davis advises youth interested in science to actively seek out opportunities, even when they don’t seem readily available. She said to tell their parents, and their guidance counselor, who should have the resources. She also advises them to look within themselves.

“Just accept your passion for it because I think that’s the biggest struggle. [They may say] ‘I like this, but you know, I don’t see people who look like me in the field’. ‘Or I’m not sure what to do’. Seek out people in the field that you hope to be in. I think a program like this is important because it gives kids exposure,” said Davis.

Art was integrated with the sciences too. The United Voices choir sang gospel songs and the Black National Anthem. Also, there were a few performances by youth dancers wearing African garments and musicians. 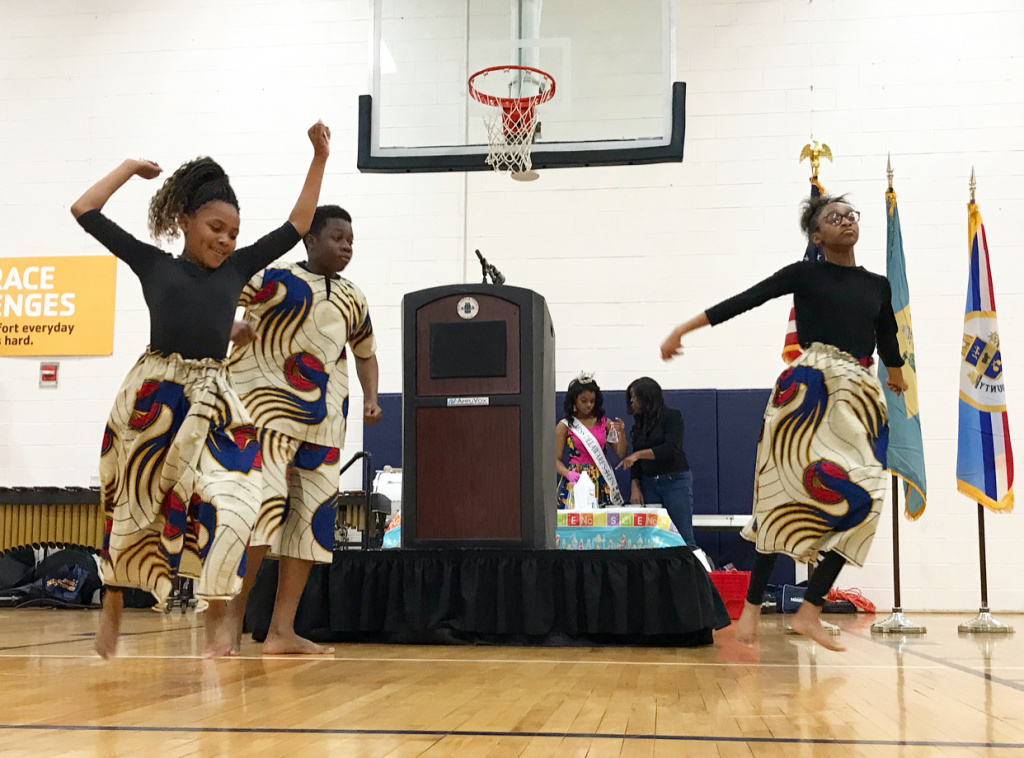 Dr. Jessica Edwards, who is an Assistant Professor of English at the University of Delaware, spoke to visitors of her table about the Harlem Renaissance, a cultural movement for African Americans in the 1920s. She said it was a time where people of color were able to publish each other’s works, engage fashion, and talk about politics.

“If we think about the 1920s as the beginnings of when women were given the right to vote, we know that in a lot of ways, when we talk about women being granted the right to vote, we were talking about maybe one race of women. The struggle for freedom continues throughout our history. We are still being challenged to make our mark in the world in a way that is respected beyond our community,” said Edwards.

Dr. Jalaal A. Hayes, who teaches chemistry at Lincoln University, also talked about the art aspect to the audience in what is called STEAM. Hayes said it started in March 2017. He said the ‘A’ can represent art or agriculture. 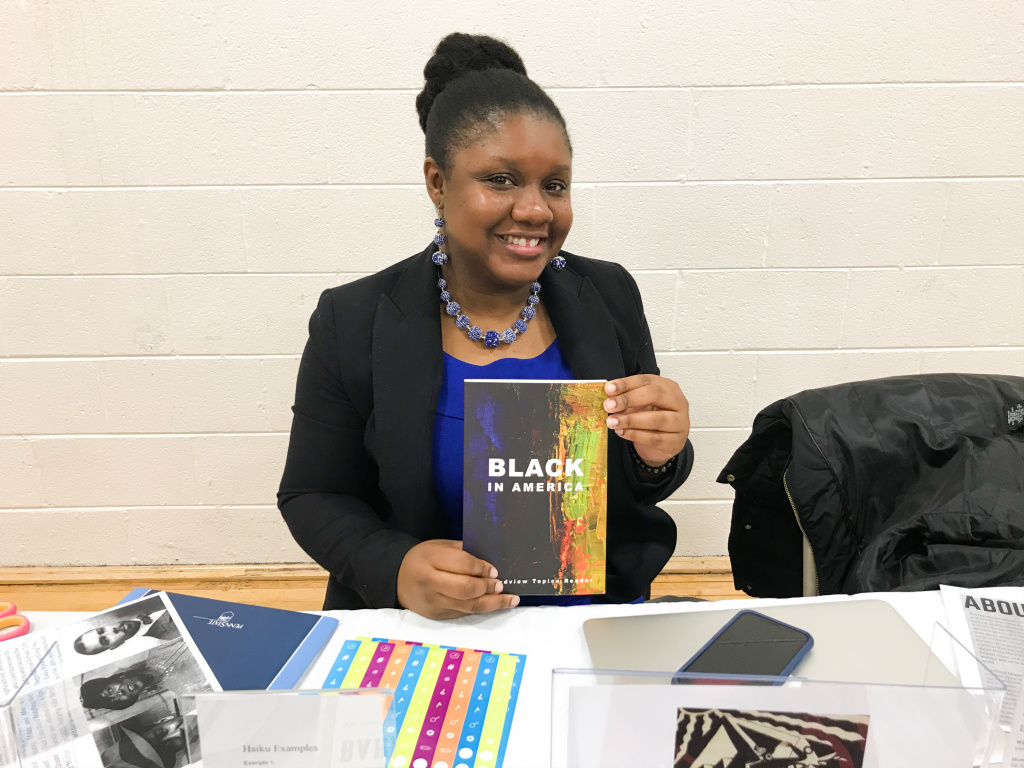 Dr. Jessica Edwards, assistant professor of English at the University of Delaware, discusses the importance of the Harlem Renaissance during the African American Innovators event Saturday, February 1, 2020, at the YMCA in Wilmington, DE. Photo by Monique Harmon

“I believe as an African American community, we look at things from an artistic lens. Whereas music, whereas creative writing, whereas just the way we express ourselves. We express ourselves in an artistic way. We learn things through music, through rhyme. Why can’t we put it in hard, complex subjects such as science, technology, engineering, and mathematics?” said Hayes. “It’s not just, ‘Oh, we’re putting the A in there to look cool.’ We’re putting it in there to create a lifestyle of learning how to navigate this revolution in the undergoing of STEM.”

Hayes recalled receiving a 89.4 in his high school engineering and science class and that his chemistry teacher at the time told him that he would not receive things through asking. He had to earn things throughout the journey.

He went through a rigorous curriculum involving chemistry at Lincoln University, with people who looked like him. He said that motivated him to pursue chemistry even more. He said through his research, he was able to connect with engineers, physicists, and biologists.

Hayes advises any young people of color who are interested in the field to have fun with it and continue to persevere despite obstacles that they may face.

“If you don’t have anybody in your community who does it, google it. See if any STEM programs are out there. Representation is key. Study people who do it. There are a lot of African Americans that are doing it now. You have myself. We have one of Miss America. The representation is coming out there. If you envision yourself doing it, that’s what helps you get engaged. Start playing with kits and seeing what you can do with the things that are available to you. Science is everywhere. It’s accessible. It’s all about how you look at it,” said Hayes. He also said that adults should mentor the young people throughout the process and cultivate their awareness.