The Philadelphia 76ers defeated the Los Angeles Lakers, 108-91, on Saturday night at The Center. The 76ers improve to 21-2 at home this season, matching Milwaukee for the best home record in the NBA (NBA.com/stats).

Philadelphia’s defense held the Lakers to a season-low 91 points. When holding their opponents to fewer than 100 points, the 76ers are 14-1 (Basketball-Reference).

The 76ers knocked down 13 three-pointers against the Lakers which is the 32nd time this season, and the fourth game in a row, that the team has hit 10-or-more threes in a game. They post a 22-10 record in such games (Basketball-Reference).

Philadelphia also dominated the glass as they outrebounded their opponent for the 33rd time this season. The 76ers have now gone 26-7 when collecting more boards than their opponents (Basketball-Reference).

The 76ers swiped 12 steals on the night for the eighth time this season. The team is a perfect 8-0 when doing so (Basketball-Reference).

Rookie MATISSE THYBULLE led the team, swiping a career-high five steals against the Lakers. He joins four other rookies in the NBA to post five-or-more steals in a game. Thybulle also leads all NBA rookies in steals with 62 (NBA.com/stats).

This week’s Eastern Conference Player of the Week added 28 points and 10 rebounds to his four steals to pick up his team-leading 26th double-double of the season. He now has 31 games in which he has posted at least 10 points, five rebounds and five assists. That is good enough for third in the NBA behind only NBA All-Star starters LUKA DONČIĆ (36) and LEBRON JAMES (34) (Basketball-Reference). 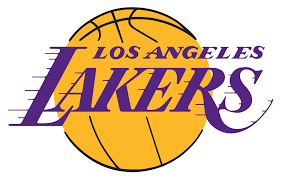 Since Jan. 13, Simmons has scored 20-or-more points in six of his seven games played. During that span, he is averaging 23.4 points, 10.0 rebounds and 8.1 assists. He is the only player the NBA to post such numbers during that stretch (NBA.com/stats).

TOBIAS HARRIS scored a team-high 29 points to give him his 22nd game this season with 20-or-more. That is currently tied with JOEL EMBIID for the most such games on the team. He also collected eight rebounds and shot 6-7 (.857) from the charity stripe (Basketball-Reference).

SHAKE MILTON earned his first career start vs. the Lakers and brought down a career-high nine rebounds. He added seven points and matched his career high in assists with three (NBA.com/stats).

The Lakers were led by ANTHONY DAVIS, who scored a game-high 31 points (13-22 FG) and collected seven rebounds. LEBRON JAMES added 29 points and also brought down seven boards. James passed KOBE BRYANT for third place on the all-time scoring list tonight with 33,655 points in his career (NBA.com/stats).

NEXT UP: The 76ers host the Golden State Warriors on Tuesday, Jan. 28, at The Center. It is the first of two matchups between the teams. The Warriors are led by D’ANGELO RUSSELL, who leads the team in points and assists, averaging 23.0 points and 6.3 assists per game. Tip-off is set for 7:00 p.m. and the game can be seen onNBC Sports Philadelphia and heard on 97.5 The Fanatic.