When he releases his Fiscal Year 2021 budget, Governor Carney will propose $50 million to fund a new school on the east side of Wilmington to replace The Bancroft School – the first new city school in a generation. Governor Carney also is proposing major renovations to Stubbs Early Education Center and The Bayard School. Governor Carney will release his budget proposal on Thursday, January 30, at the Delaware Public Archives in Dover.

“Children need to go to school every day in environments that are safe and conducive to learning. Since I was sworn in as Governor three years ago, we have built or renovated nearly 30 schools statewide. Wilmington students deserve no less,” said Governor Carney. “We’ve heard loud and clear the concerns from families and educators about conditions in these buildings, and we are taking action. We look forward to working closely with Christina, and members of the community, to plan and build a state-of-the-art school to replace Bancroft, and to renovate Bayard and Stubbs. This is a major investment in the children of our city and state.”

Governor Carney, legislators, and advocates also toured the new Dual Generation Center at Stubbs on Wednesday. The facility provides pre-K and kindergarten for Wilmington children on the first floor and services for adults – including job-related support and social services – on the second floor. The center also has a clothing closet and food pantry. At Elbert-Palmer Elementary, Gulftainer is working with the International Longshoremen’s Association to build a workforce training facility for future Port of Wilmington workers.

The State of Delaware also is making major investments in the classroom. Last year, Governor Carney and members of the General Assembly passed a three-year, $75 million Opportunity Funding initiative. For the first time in Delaware history, Opportunity Funding is providing targeted funding for low-income students and English learners, as well as additional mental health and reading supports. To date, districts have hired more than 200 teachers, paraprofessionals, and behavioral health staff to support students and educators statewide. 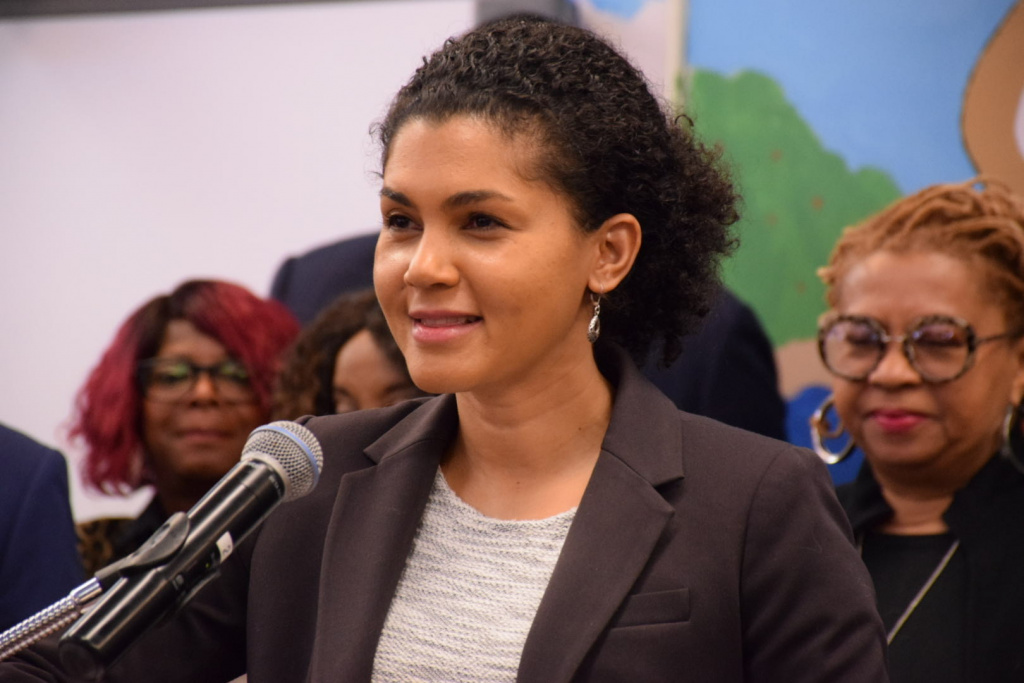 “This is an exciting day for schools here in Wilmington and I want to commend Governor John Carney for taking important and long-needed steps to put real dollars towards the education of the students of our city,” said Senator Elizabeth “Tizzy” Lockman. “Schools are more than brick and mortar. They are a beacon in a community, symbolizing our collective hope for a brighter future, and this investment stands as a testament that our state is engaging with our hopes for the students of Wilmington.”

“This historic announcement in our City signals a commitment of where we want to go as a state. Schools provide the building blocks for student success, and this historic investment in state-of-the-art City schools will support the true mission of education with power and passion. I thank Governor Carney, our City leaders, legislators, educators and activists for their continued advocacy for our children,” said Representative Nnamdi Chukwuocha. “This investment, this mission with all of the stakeholders and districts, is just one part of a mosaic for greater outcomes for our children.”

“This capital investment in the Christina Wilmington Schools a long time coming, and much needed,” said DSEA President Stephanie Ingram. “Our students deserve to learn in an educational environment that meets their needs. Bright, up-to-date classrooms help our students, and our educators, and shows them that we care about their educational needs. We are thankful that the Governor and Legislators stood up today to bring this funding forward.”

“The Governor’s commitment to education throughout the State and especially to the children of Wilmington tells us a lot about who he is and the priorities he has set for his Administration,” said Wilmington Mayor Mike Purzycki. “Our children need every possible advantage in order to succeed in school and in life. We look to our Governor and General Assembly for leadership and thank them for providing it in this important arena.”