The Philadelphia 76ers were defeated by the Dallas Mavericks, 117-98, at The Center on Friday night in the first matchup between the two teams this season. Philadelphia visits Dallas on Jan. 11 at American Airlines Center.

Embiid secured his team-leading 19th double-double with 20 points and 11 rebounds through the first two periods. This was the third time this season Embiid has reached a double-double in the first half (NBA.com/Stats).

This is the 16th time in Embiid’s career that he has had at least 30 points and 15 rebounds. 76ers General Manager ELTON BRAND (one), teammate BEN SIMMONS (one) and CHRIS WEBBER (one) are the only 76ers to have had one such games in the last 20 years (Basketball-Reference). 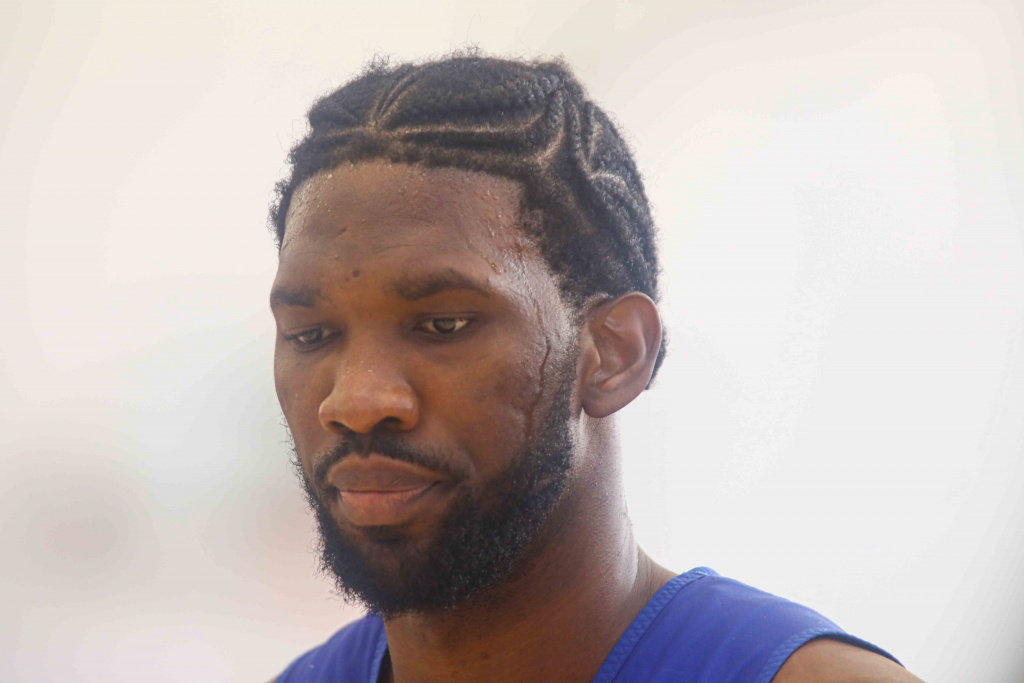 The two-time All-Star has hit 170 free throws this season and is one of nine players to do so in the NBA. He is shooting .821 from the charity stripe, which is the best shooting percentage of his career (NBA.com/Stats). This is the second game this season he has been perfect from the free-throw line with at least six attempts which is tied for the second-most games in his career (Basketball-Reference).

Embiid has scored 30-plus points and grabbed 10-plus rebounds in six games this season. That puts him tied for third in the NBA with Minnesota’s KARL-ANTHONY TOWNS, only behind Dallas’ LUKA DONČIĆ (seven) and Milwaukee’s GIANNIS ANTETOKOUNMPO (16) (Basketball-Reference).

Simmons now has 17 games in which he has scored at least 10 points, grabbed at least five rebounds and dished at least five assists. The 17 such games are fourth-most in the NBA (Basketball-Reference).

Simmons added a team-high three steals, which brings his total to 60, the most in the NBA (NBA.com/Stats).

The 76ers had nine steals against the Mavericks, bringing their season total to 261. They sit second in the NBA in total steals (NBA.com/Stats).

Off the bench, TREY BURKE scored seven points on 3-5 (.600) shooting from the field. He collected two rebounds and had two assists in 12 minutes of action. Tonight, Burke surpassed 4,000 career points in his seventh season (Basketball-Reference).

The Mavericks were led by TIM HARDAWAY JR. who scored a team-high 27 points and went 7-11 (.636) from beyond the three-point line. Nineteen of Hardaway Jr.’s 27 points came in the first quarter.

KRISTAPS PORZINGIS collected his 11th double-double of the season with a 22-point, 18-rebound performance. The 18 rebounds are a career high for Porzingis. He’s posted 20 points and 10 rebounds in four consecutive games, which is tied for the longest streak by a Mavs player in the last 10 seasons (ESPN Stats & Information).

NEXT UP: The 76ers will be back at The Center tomorrow night to take on the Washington Wizards. This will be the second of four games between the two teams this season. The previous matchup was on Dec. 5, with the Wizards beating the 76ers, 119-113, at Capital One Arena in Washington, D.C. The Wizards played Toronto tonight and lost 122-118. Their leading scorer was two-time All-Star BRADLEY BEAL, who dropped 37 points on 12-24 (.500) shooting. Beal is also the team’s leading scorer on the season, averaging 27.9 points per game and a team-high 7.0 assists per contest. Tip-off is set for 7:00 p.m. ET and the game can be seen on NBC Sports Philadelphia and heard on 97.5 The Fanatic.