The National Association for the Advancement of Colored People (NAACP) charter of Wilmington celebrated its 55th annual Freedom Fund at the Doubletree Hotel in Wilmington, Delaware. This charter began on January 15th, 1915. Prominent officials of various nonprofit organizations and political dignitaries fellowshipped at social hour, proceeded to have dinner, and honored local figures who fight for equal rights by educating the community and providing programs for the city’s development. 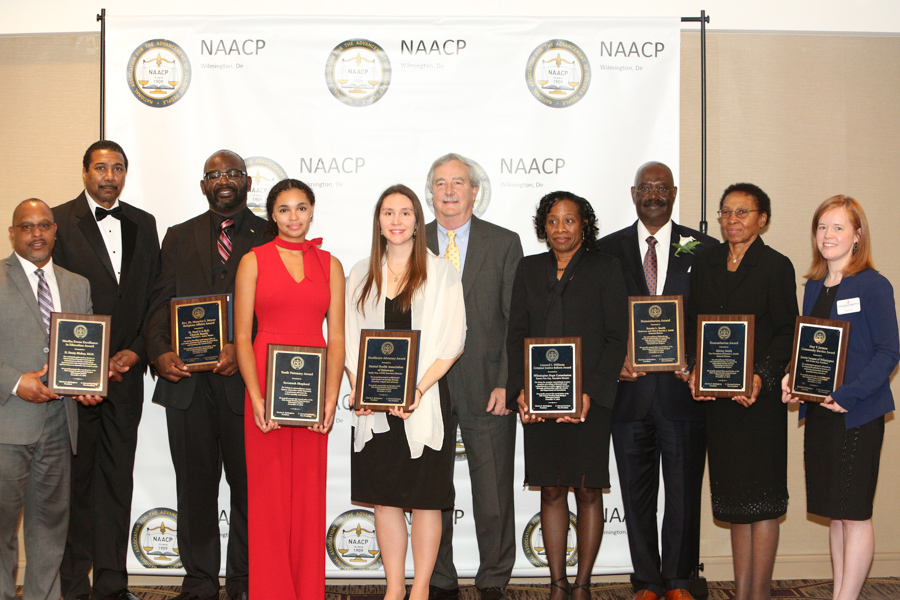 The honorees were: Kyle Evans, president of the Junior League of Wilmington; Emily Vera, who leads the Mental Health Association of Delaware; Savannah Shepherd, founder of the Delaware Social Justice Remembrance Coalition; Dr. D. Dusty Blakey, superintendent of the Colonial School District; Reverend Charles Amos, Pastor of the U A M E Church Family; Bennie and Shirley Smith, who head the Bennie Smith Funeral Homes; and Tamara Fair Esq., who is the Executive Director of the Wilmington Hope Commission. Speaker Attorney General of Delaware Kathy Jennings spoke about the progress the city is making towards fighting gun violence, but said the city has more work to do. 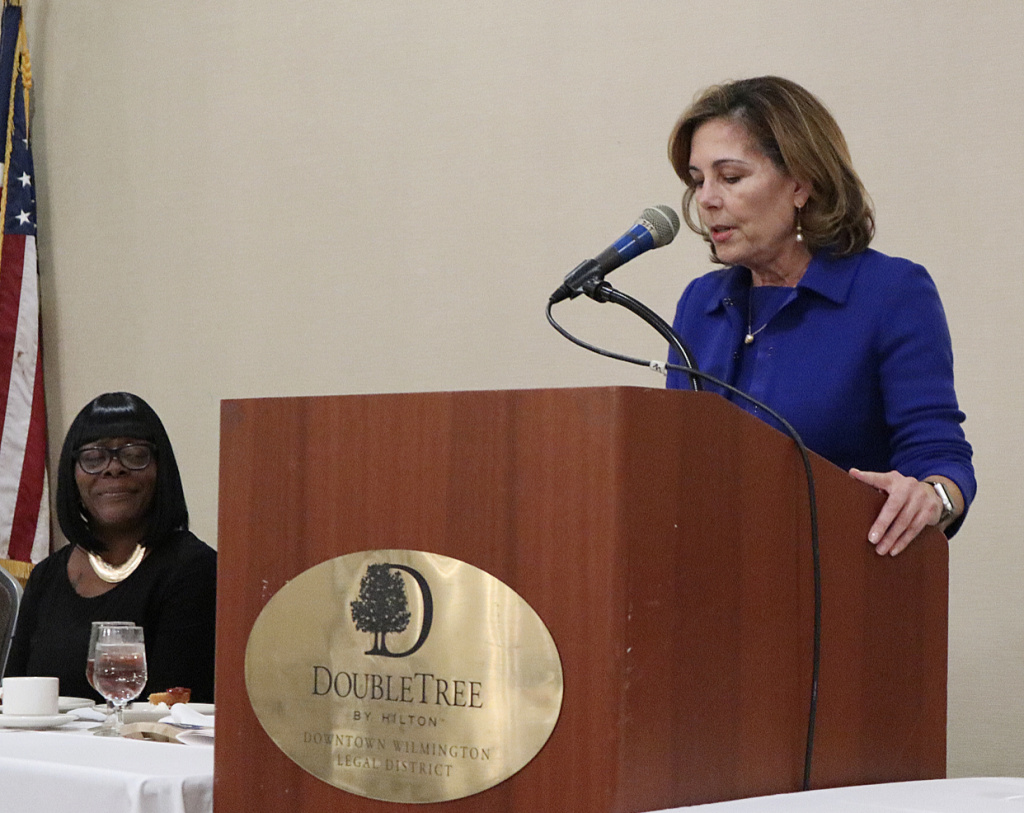 The NAACP even set a table in remembrance for those who would have attended the event but passed away.

Charles Brittingham, President of the Wilmington NAACP, says that he has been lucky to host the event for 20 years. The organization focuses on education, healthcare, housing, and provide character witness services from time to time. They also encourage people in the community to vote. He says every year the Freedom Fund is different and the topics covered at the event depends on current affairs. This year’s topic was gun violence happening in the city. 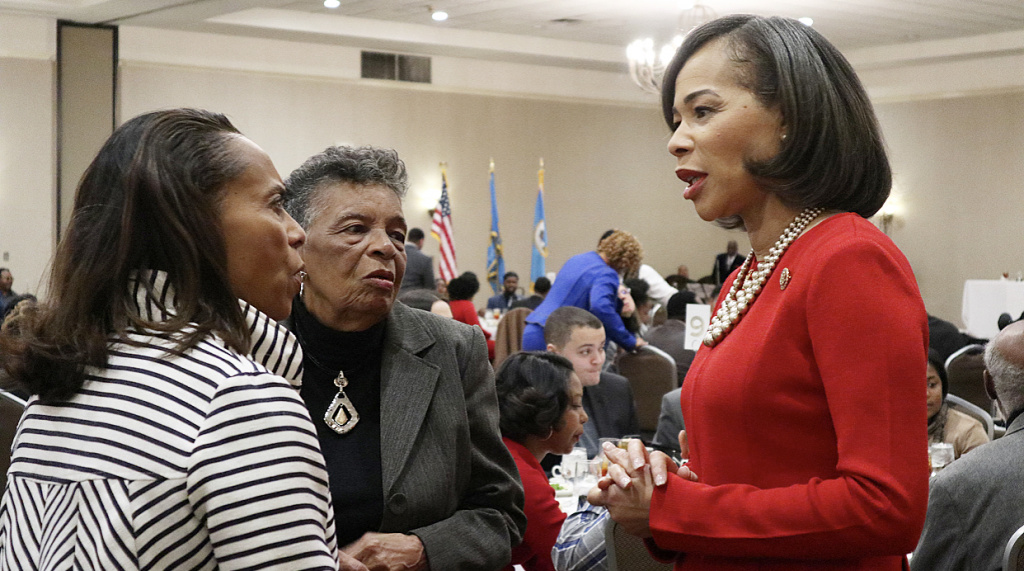 Various officials including Hanifa Shabazz, Wilmington City Council President and Lisa Blunt Rochester, U.S Delaware Representative, commented on the work the NAACP is doing for the community and the Freedom Fund.

“It’s always a pleasure to come to an organization such as the NAACP as they recognize people in our community for the great work they do. Congratulations to the awardees and everyone that comes out and continues to provide support to the organization,” says Shabazz.

Shabazz says The Wilmington Community Advisory Council welcomes organizations such as the NAACP to partner with them to implement the recommendations of the community and the policy changes that are necessary for the growth of the city. 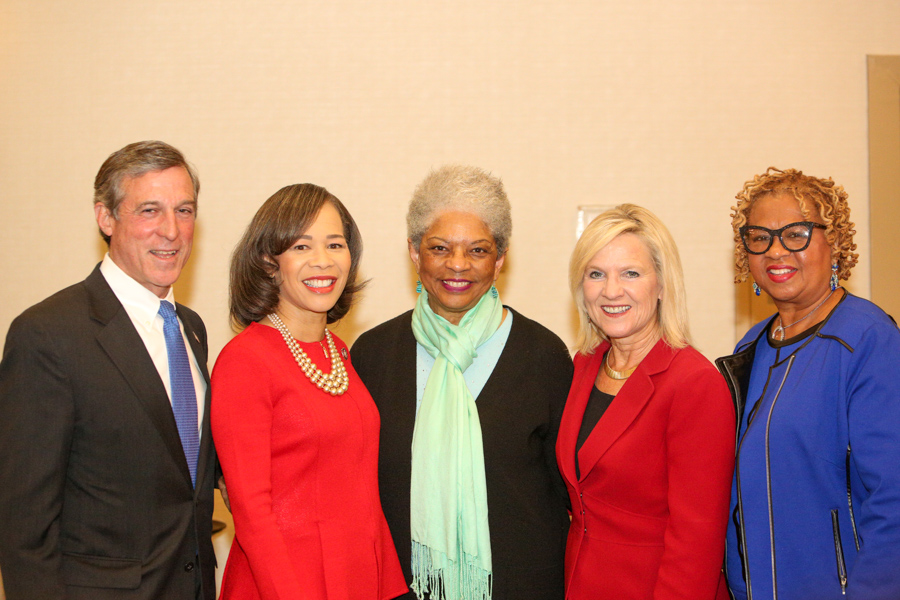 “It’s been great to see old friends and new friends, who like me, want to make sure we uphold civil rights, that we are concerned about the future of our young people, but also making sure that our seniors are in a good place. Whether it’s related to healthcare, education, economic development,” says Rochester. “We have this unity in the room and it’s a beautiful picture. 55 years of celebration of the Delaware NAACP, but over 100 for the NAACP.”

Savannah Shepherd, an honoree for the Youth Visionary award, advocates for equality and started the Delaware Social Justice Remembrance Coalition when she was 15 years old, a non-profit organization that encourages discussions about race and justice.

“It’s been an incredible experience. To meet so many other people who are making a difference in our state. It’s exciting to hear everyone speak and their kind words. It’s really uplifting. I’m excited to see what else the state will produce. People are taking that step and having uncomfortable conversations and are really speaking out,” says Shepherd. 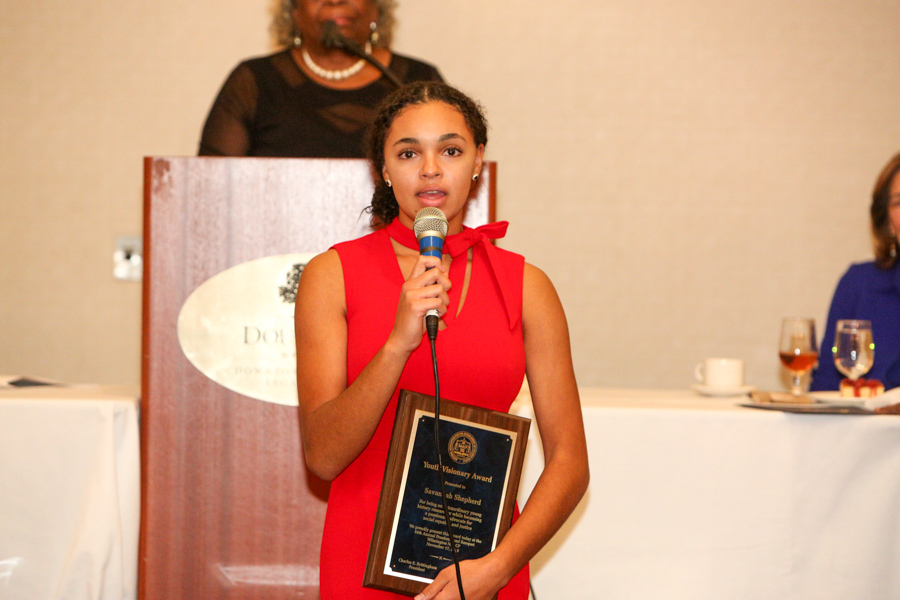 Kyle Gay, Esq., president of the Junior League of Wilmington received the May V. Jarmon Community Service Award on behalf of the organization. The league works to train women and provide support for women in vulnerable situations. She says the work that the Wilmington Chapter of the NAACP does to bring the voices of the community to the attention of the city council and the state is important. “It is a different time now and the work becomes even more important and meaningful as we continue to push forward on policies that make sense and policies that are inclusive of all people,” says Gay.