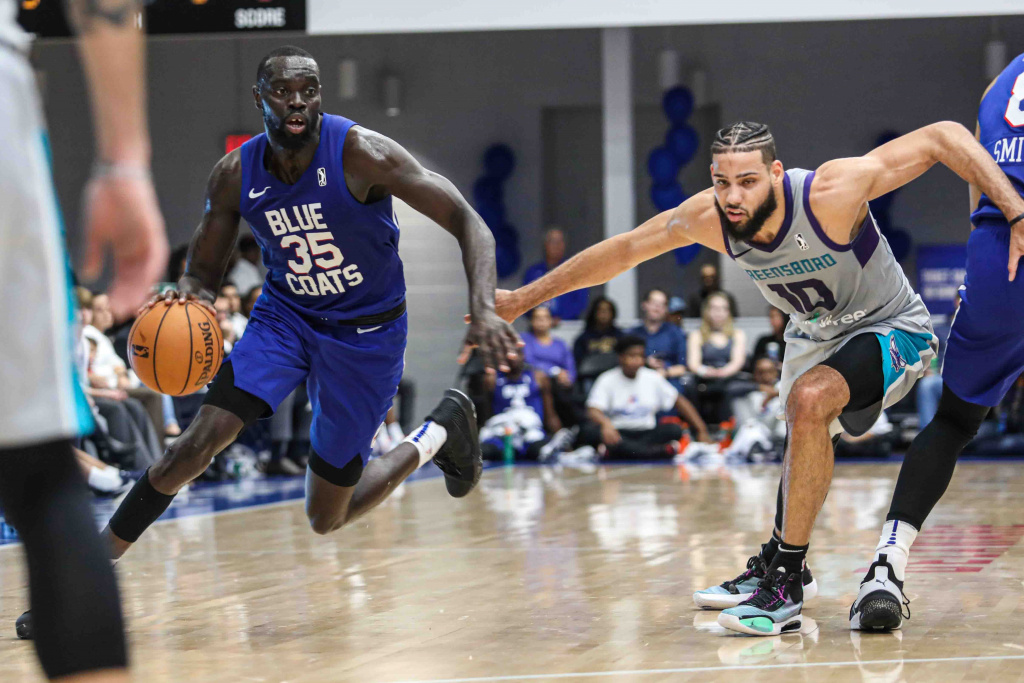 Delaware Bluecoats Guard MARIAL SHAYOK (35) drives to the paint as Greensboro Swarm Forward CALEB MARTIN (10) “on NBA Assignment” defends in the first half of a NBA G-League regular season basketball game between the the Delaware Bluecoats and Greensboro Swarm Monday, Nov. 11, 2019, at the 76ers Fieldhouse in Wilmington, DE Photo By Saquan Stimpson

“We played at a great pace,” said Munford. “We kicked the ball ahead and we moved the ball. Our big emphasis coming into the game was more passes per possession, and I feel like we really focused on that tonight.”

The Blue Coats return to action on Friday night when they take on the Long Island Nets on the road at 7:00 p.m.