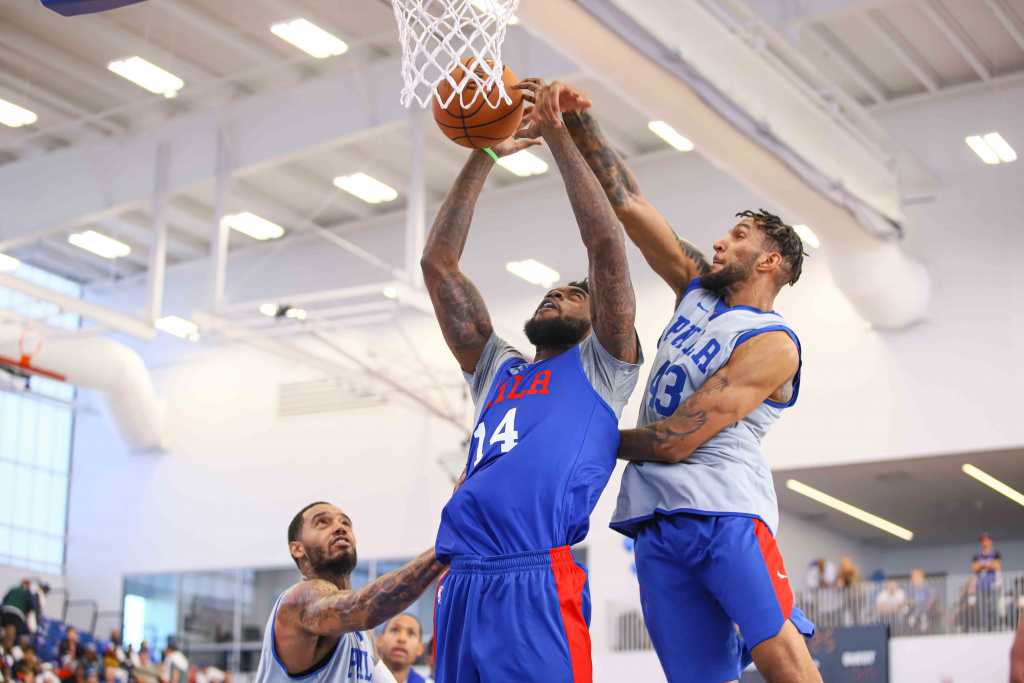 In yesterday’s 2019 NBA G League Draft, the Blue Coats selected Terrence Drisdom in the second round (No. 46 overall) and Martaveous McKnight in the third round (No. 76 overall).

Drisdom (6-5, 175) appeared in nine games for the Blue Coats last season after being acquired from the available player pool in January. The 27-year-old G League experience also includes stints with the Memphis Hustle and the Santa Cruz Warriors. In 69 career games (2015-17) with Santa Cruz, he averaged 5.8 points, 3.4 rebounds, and 1.3 assists in 17.8 minutes per game.

Drisdom also participated in the 2015 NBA Summer League with the Orlando Magic, averaging 4.5 points and 3.5 rebounds in 17.8 minutes per game. He has also played professionally in both Japan and Mexico, recently averaging 13.2 points and 6.3 rebounds per game en route to capturing the title with Rayos de Hermosillo of the Mexican CIBACOPA.

Drisdom played collegiately at Cal Poly Pomona from 2010-15. As a redshirt senior for the Broncos in 2014-15, he averaged 16.6 points, 6.1 rebounds and 2.7 assists in 32.1 minutes per game and was named the CCAA Player of the Year as well as an NABC Division II All-American.

McKnight (6-4, 190) played the last two seasons at the University of Arkansas at Pine Bluff. In 35 games (34 starts) as a junior during the 2017-18 season, the Itawamba Community College (MS) transfer averaged 18.5 points, 4.3 rebounds and 3.5 assists in 33.5 minutes per game. McKnight was named both the Southwestern Athletic Conference (SWAC) Player of the Year and Newcomer of the Year.

Please see below and attached for the team’s full training camp roster. 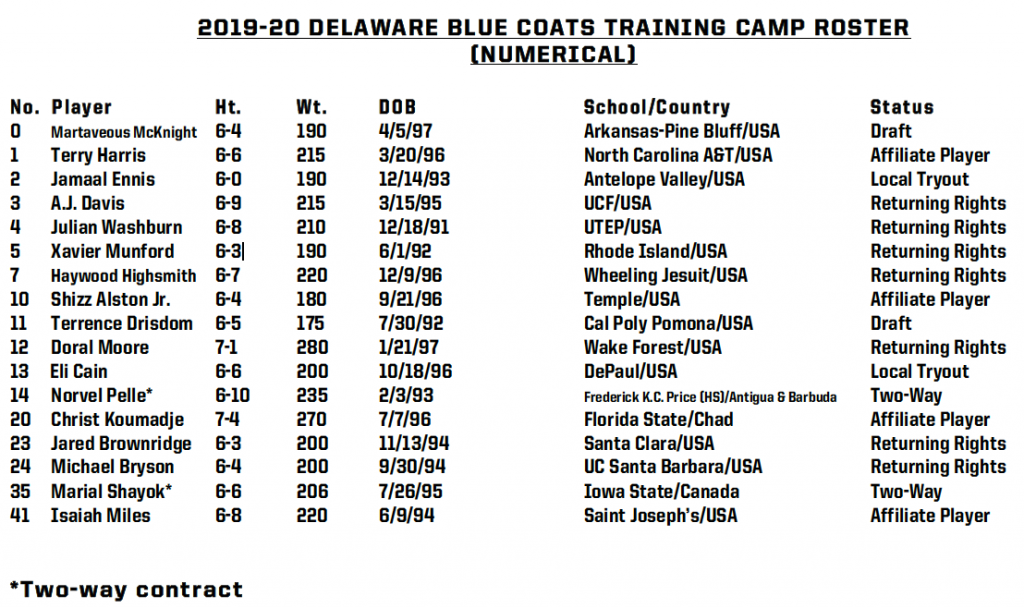 During training camp (Oct. 28-Nov. 2), media availability will occur at the conclusion of each training session. Media interested in attending is kindly asked to contact Blue Coats PR.