Sunday’s result was a long time coming for Kyle Larson – both at Dover International Speedway and in the Monster Energy NASCAR Cup Series.

And what better way to celebrate a long-awaited breakthrough than with a golden Monster Trophy and a victory in the Monster Mile’s 100th NASCAR Cup Series race?

Driving the No. 42 Chevrolet for Chip Ganassi Racing, Larson controlled much of the second half of Sunday’s “Drydene 400” Monster Energy NASCAR Cup Series playoff race and held off Martin Truex Jr. at the checkered flag to snap a 75-race winless streak and clinch advancement in NASCAR’s postseason.

“This is unbelievable,” Larson said. “I’ve always wanted to win a Cup race here. I’ve been close a number of times, so to get a golden Monster [Trophy] is going to be pretty sweet.”

For years, Larson was on the verge of reaching Dover’s Sunoco Victory Lane, earning five top-5 finishes, including two second-place runs, in 11 starts prior to Sunday. 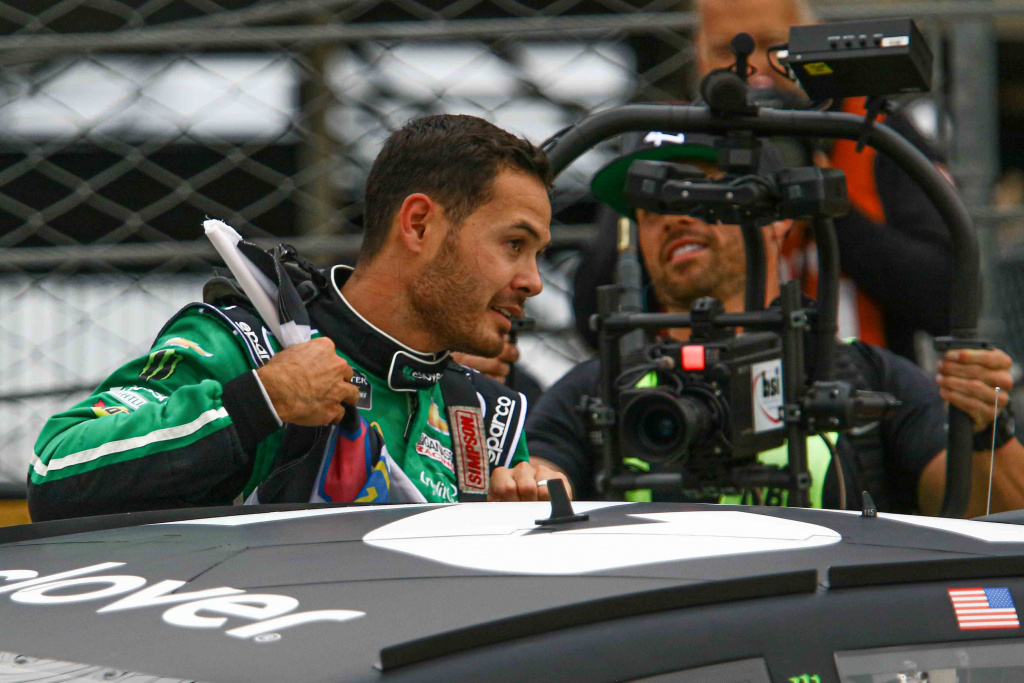 Then it seemed like Larson was snakebit from earning any Monster Energy NASCAR Cup Series checkered flag, finishing second nine times since his last victory at Richmond in 2017.

“Our car has been getting better the last couple months, so it was good to dominate a race like we did today,” Larson said. “We had bad luck early in the year, but we also made mistakes. There are still areas where I can get better, but our cars have been doing a lot better and our team as a whole has been doing a whole heck of a lot better here the last few months.”

Larson led 154 laps in total, taking the lead for the final time at Lap 328. The 27-year-old from Elk Grove, Calif., first gabbed control of the race following a pit stop after the second stage, when Truex’s team struggled and Larson’s crew got him out first. 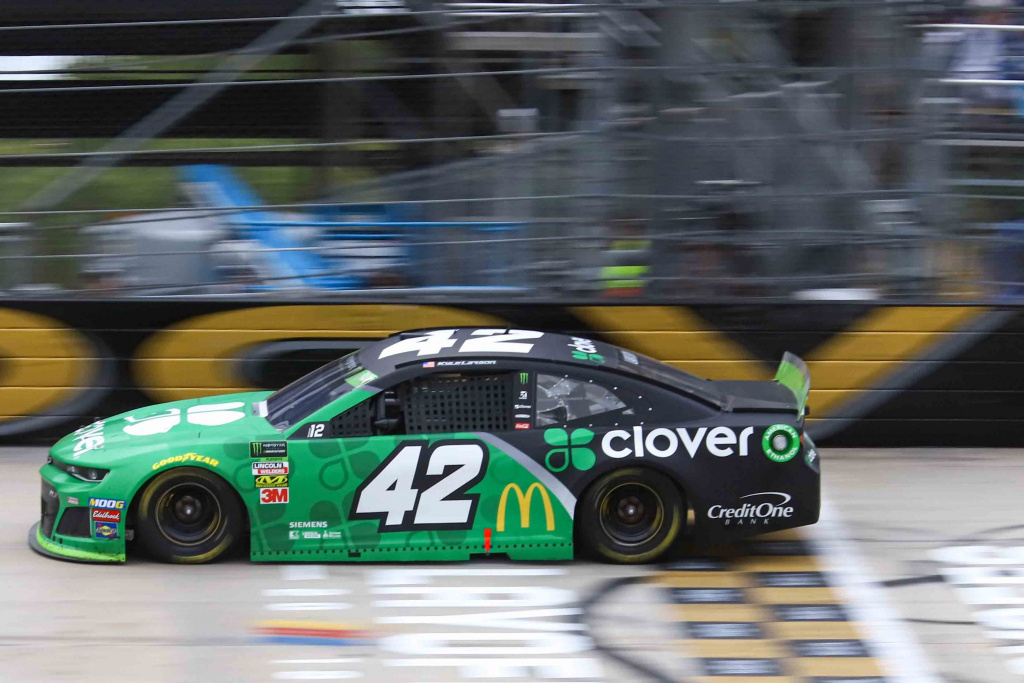 “Barring a late caution, I felt the race was going to be won on last restart,” said Chad Johnston, Larson’s crew chief. “I think that race was won on pit road.”

Hamlin, who set a Dover qualifying record on Saturday with a lap of 166.984 mph, led a race-high 218 laps and won Stage 1 before giving way midway through the race to Truex, who led 15 laps and Stage 2.

After a round of green-flag pit stops between Laps 320-330, Larson held a 6.5-second lead over Truex, who steadily narrowed the gap as the duo navigated lapped traffic, but couldn’t get close enough to challenge.

“To move on to the next round is special, but we’re not satisfied with being in the Round of Eight,” Larson said. “We want to go and make it into that final round of Homestead, where it’s been my best track.”

Several championship contenders struggled early, including Chase Elliott (engine failure), who finished last in 38th place, Ryan Blaney, who had a suspension issue and finished 35th, and Joey Logano, who suffered a broken axle before the first green flag and finished 25 laps down in 34th.

Larson’s average speed of 135.734 mph set a track record as he completed the 400 laps in 2 hours, 56 minutes and 49 seconds. Three caution periods, including two for stage breaks, took up 17 laps.