Sam Mayer is barely old enough to obtain a driver’s license, but he has enough skills behind the wheel to make NASCAR history.

Mayer, driving the No. 21 Chevrolet for GMS Racing, won by 3.166 seconds over Tanner Gray and won the “General Tire 125” NASCAR K&N Pro Series East race on Friday, becoming the youngest NASCAR champion in the organization’s history.

“I can’t thank GMS enough,” Mayer said in Sunoco Victory Lane. “They had a rocket ship here for me. To win at Dover and get the golden Monster Trophy, I’m so excited about it.” 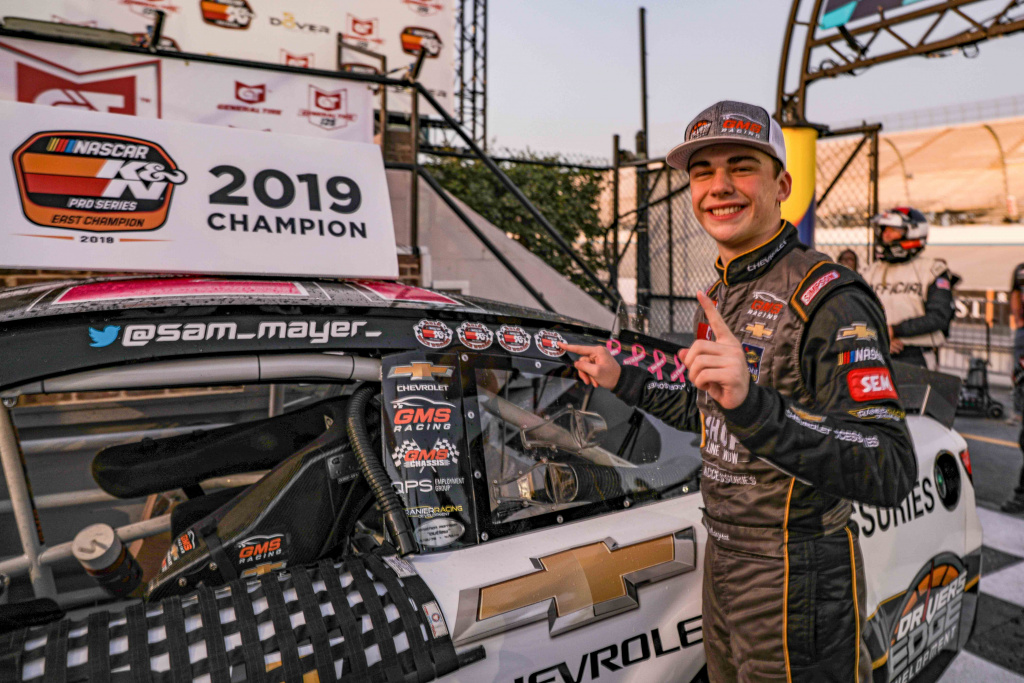 Mayer, who finished fourth in this race last season, started from the pole position after turning a lap of 154.407 mph earlier in qualifying. It was Mayer’s fourth victory of the season as he averaged a Monster Mile-record 127.407 mph while completing 125 miles around the high-banked, one-mile concrete oval in 58 minutes and 52 seconds.

The race featured full breaks at 30 and 80 laps, which allowed teams to change tires and work on their cars. On the ensuing restarts, Mayer had tight battles with Tanner Gray for the lead for a lap or two, but eventually pulled away and won by a comfortable 3.166 seconds. Mayer led 123 of the race’s 125 laps while Gray led the other two. 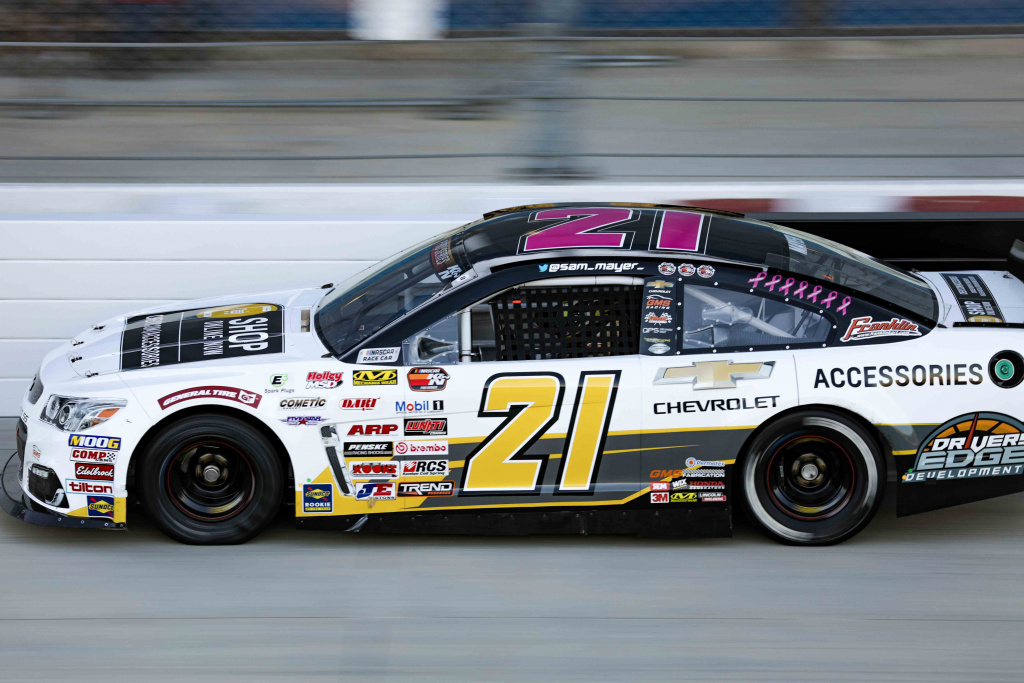 Driver Sam Mayer of the No. 21 Chevrolet for GMS driving the track during the K&N Pro Series East Friday, Oct 04, 2019, at Dover International Speedway in Dover Delaware. Photo By Robert Kaehler

Gray, driving the No. 15 Toyota for DGR-Crosley, was second, followed by Todd Gilliland, Drew Dollar and Chase Cabre. Seven drivers finished on the lead lap.

This is the third time the NASCAR K&N Pro Series East champion has won the Dover race on his title-clinching day. Andy Santerre won both in 2005 and Burton completed the double in 2017.

Mayer finished 39 points ahead of Cabre in the final standings. Gray and Spencer Davis tied for third, 53 points behind the champion.