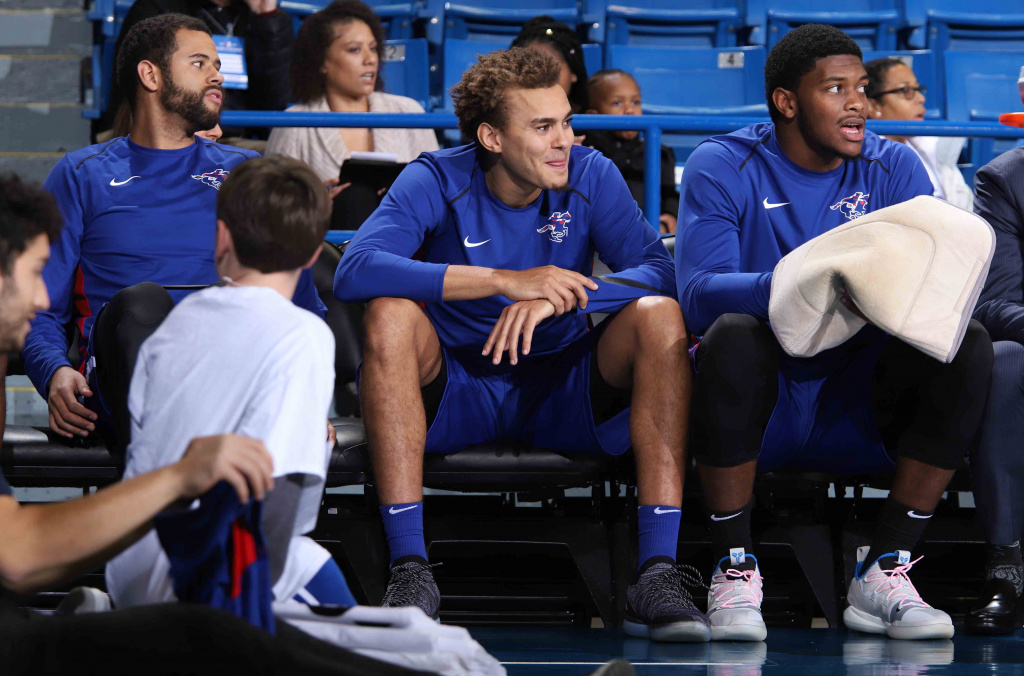 Delaware Bluecoats Forward DJ HOGG (7) “CENTER” watches the game from the bench during the first half of an NBA G-league regular season basketball game between the Delaware Blue Coats and the Wisconsin Herd (Milwaukee Bucks) Wednesday, Nov. 28, 2018, at The Bob Carpenter Sports Convocation Center in Newark, DEL. Photo By Saquan Stimpson

Munford (6-3, 190) appeared in 14 games (11 starts) last season with the Herd, tallying 18.1 points, 4.2 rebounds, and 5.4 assists in 34.0 minutes per game. He rejoined the team in January, following a stint with the Fujian Sturgeons of the Chinese Basketball Association (CBA). In 34 games with the Herd during the 2017-18 G League campaign, Munford averaged 24.4 points, 5.0 rebounds, and 5.3 assists in 36.7 minutes per game while earning Midseason All-NBA G League Team honors. Munford then signed a two-way contract with the Milwaukee Bucks in Jan. 2018 and appeared in six games at the NBA level.

Over his five G League seasons, Munford holds lifetime averages of 17.9 points, 4.2 rebounds, and 4.8 assists in 31.5 minutes per game and was named a 2016 G League All-Star. He was recently one of 12 players selected to the NBA G League Elite Team that participated in the 2019 NBA G League International Challenge presented by Antel this month in Uruguay. Munford averaged 11.0 points per game on .538 shooting from beyond the arc in four games.

The New Jersey native has represented the United States in international competition on multiple occasions, including last February as a member of the World Cup Qualifying Team that finished with a 10-2 record and successfully qualified Team USA for this past summer’s FIBA World Cup in China.

At the collegiate level, Munford played his final two seasons at the University of Rhode Island. He enrolled at Rhode Island after being named a 2011-12 NJCAA Division I All-American at Iowa Western College. As a senior for the Rams in 2013-14, Munford scored his 1,000th career point on March 1, needing only 59 total games to reach the milestone.