Every year the city of Wilmington hosts an array of summer festivals all with an emphasis on great cuisine, live music, and fun for the entire family. But for the African American residents of Wilmington, the August Quarterly festival represents much more.

“The August quarterly festival celebrates our 206 years of religious freedom. We are the oldest outdoor religious festival in the nation. Wilmington has been celebrating this for 206 years with the sponsorship of Peter Spencer who is the founder of the methodist church,” said Monty Anderson, the festival’s Event Coordinator.

Historians tell it that Peter Spencer was born into slavery in 1782, but per a will, was released from his Maryland plantation after his master’s passing. Hearing about a growing population of freed slaves in Delaware, Spencer moved north and settled in Wilmington where he became an active member of his community. In 1813 he channeled his efforts towards the spiritual community and founded The Union Church of Africans, an independent black denomination. Now a religious leader, Spencer organized his first ever church gathering in 1814, and continued to host such meetings every three months. Of the four gatherings, the meeting in August officially became known as the ‘annual conference’ of the church; an event we now recognize as the August Quarterly. 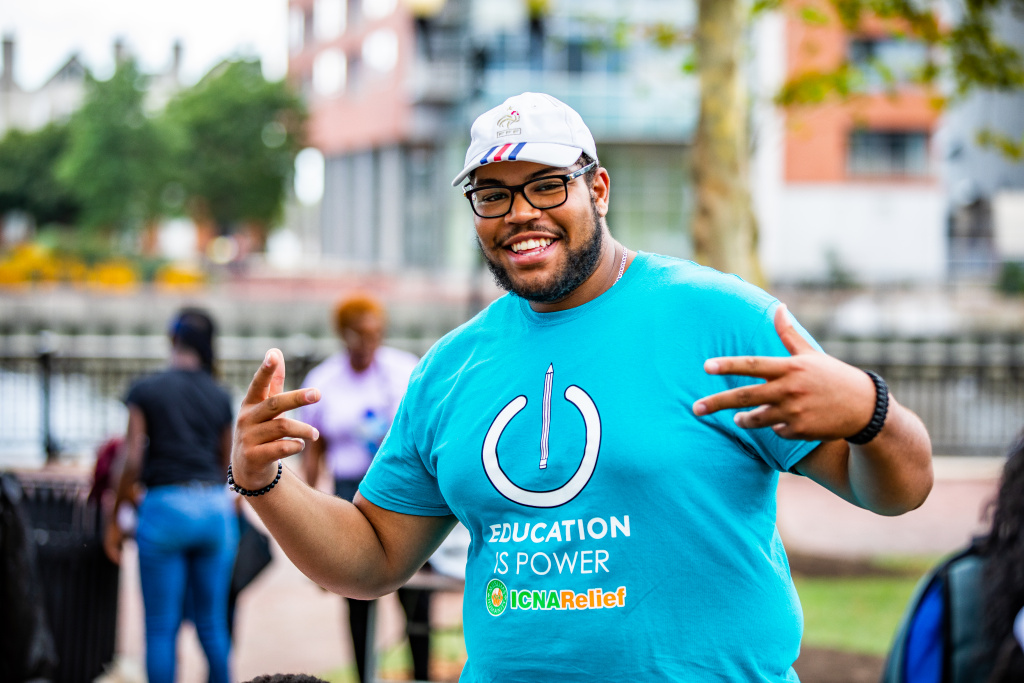 “I’ve been attending the August Quarterly every year since I was eight years old, and now as a featured guest I enjoy sharing my poetry and leading the attendees in an opening prayer,” said Dr. Jay Macklin, member of the Interdenominational Ministers Action Council (IMAC) and August Quaterly’s annual featured guest.

This year, hundreds of guests came from as far south as Alabama and as far north as New Jersey.

“It’s a big event, so we start planning a year in advance, organizing all of the vendors such as Monty’s Neighborhood Snacks who has a great pineapple upside down cake, Vern’s, Mo’ Better Chicken, and many others to meet the tastes of everyone. We also average 20 daily live performances.This year we had a kickoff service on 8th and French St. Then we had a week of revival services, and then we climaxed things with two days of gospel singing here in Tubman Garrett Riverfront Park,” said Anderson.

“I enjoy returning as a performer because it’s an uplifting event for the community that brings people of all different denominations together into one arena so that we can collectively lift up in the name of Jesus,” said Calvin Mincey, Christian producer, engineer, writer, and arranger of Contemporary style music.

As the crowd lifted their hands to the sky, it was clear that Peter Spencer’s notion of freedom of religious expression was in full effect.

“Peter was a church planter and builder who took things a step further when he implemented schooling into the churches, which was very instrumental for the education of our people. Peter Spencer going to court to fight for our freedom of religious gathering was of great significance. He helped make it so that the freed slaves could come together to celebrate and worship their God,” Macklin explained. “We recognize the historical importance of Peter Spencer, and this festival memorializes and helps us remember him as a great African-American man in history,” she continued.

When asked about the future of this festival, Anderson said, “It’s very important for our young people to carry on the rich heritage of Peter Spencer and the legacy of what he’s done; so next year we’d like to expand our talent search, as well as try to land more corporate sponsors that would be willing to support efforts like this.”

Mincey continued, “having these types of events is a great way to pass down long lasting traditions. It’s important for us to advertise because this is a huge part of Wilmington’s history.