TRIPLETS WIN 2019 BIG3 CHAMPIONSHIP AS ALL THE STARS COME OUT IN L.A. 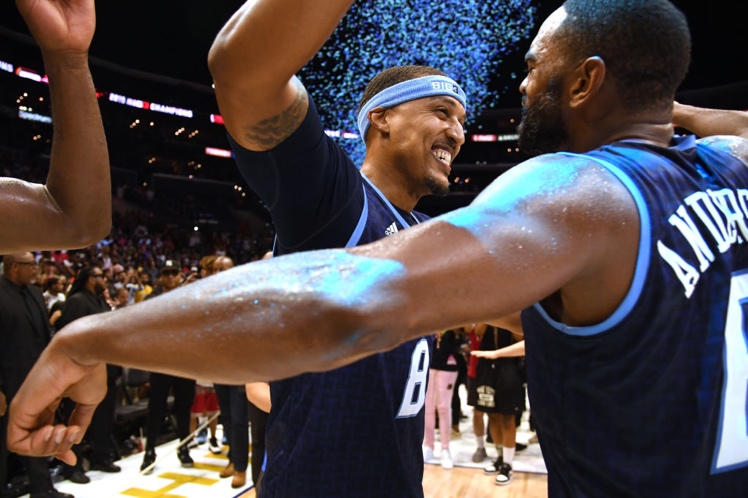 In the most anticipated game of the day, Killer 3’s and Triplets faced off for the 2019 BIG3 Championship. Coach of the Year Lisa Leslie, MVP Joe Johnson and the Triplets took on a hungry Killer 3’s team featuring Stephen Jackson, Frank Session, Charles Oakley and company.

Triplets, the number one team in the league, continued their hot streak in this one as Joe Johnson flourished throughout this game. Leading by as many as ten points, Triplets let their lead slip to Killer 3’s late when the score was 41-39. After that point, they’d go on to score nine straight including a game winning three-pointer from none-other than Joe Johnson. 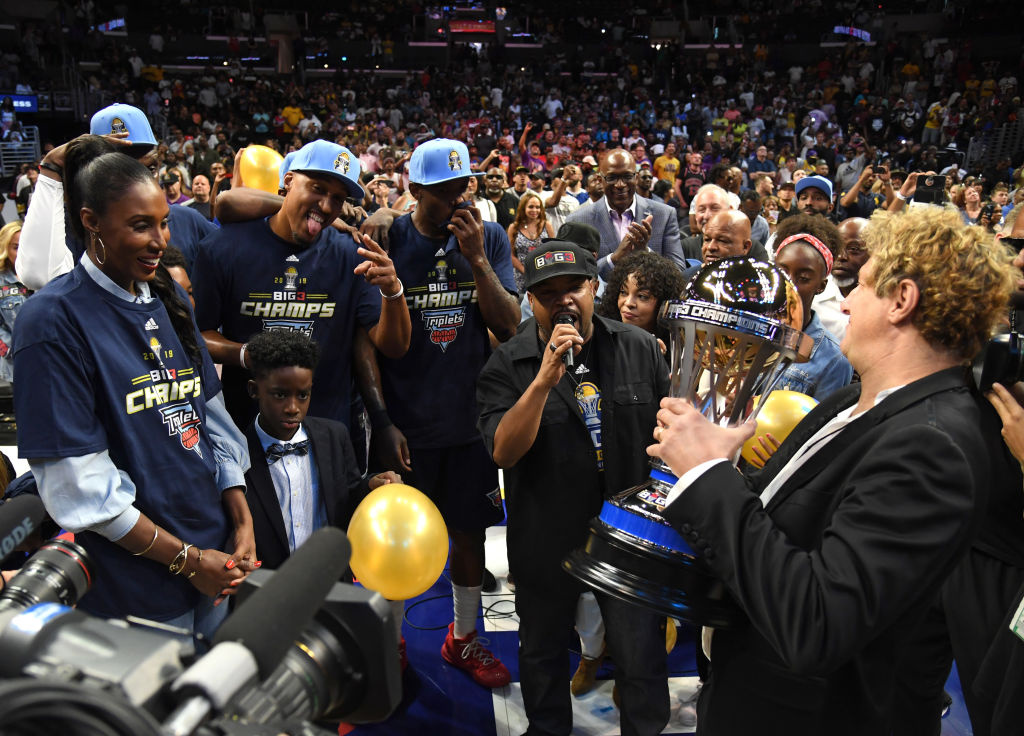 LOS ANGELES, CALIFORNIA – SEPTEMBER 01: BIG3 co-founders Ice Cube and Jeff Kwatinetz present the trophy to head coach Lisa Leslie and the Triplets after they defeated the Killer 3s to win the BIG3 Championship at Staples Center on September 01, 2019 in Los Angeles, California. (Photo by Harry How/BIG3 via Getty Images)

The first game of the day featuring 3 Headed Monsters and Power was a battle of two returning playoff teams.

Despite Jeremy Pargo’s 18 points and Corey Maggette’s retirement, Power found themselves trailing for most of the game. 3 Headed Monsters implemented a balanced offensive attack which started with Mario Chalmers hitting two four-point shots early in the game. Four 3 Headed Monsters ended the game in double figures and the newly acquired Rodney Carney was a big difference maker in the game scoring 11 points.

3 Headed Monsters held the lead and never let up. Late in the game there were a couple of moments where Power could have made a comeback. But, it was too little, too late and 3 Headed Monsters ended up taking the victory finishing 3rd in the league once again.

During halftime, Corey Maggette announced his retirement from the BIG3. A three season veteran, Maggette was recognized by the BIG3 for his work with the league and the community. 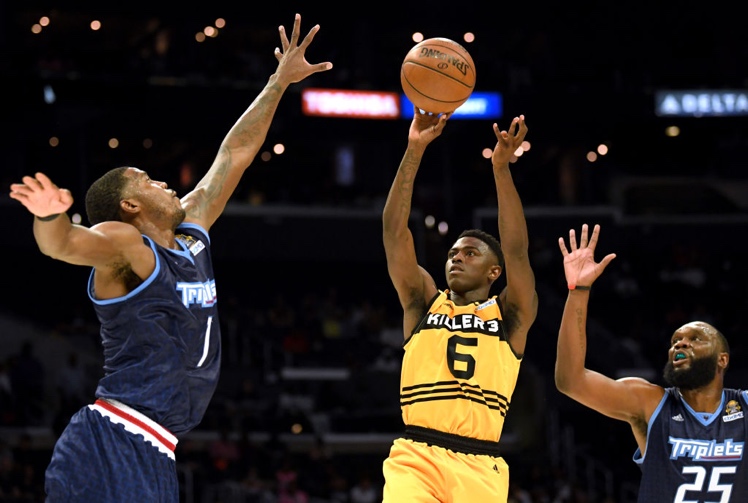