PLAYOFF SPOTS CLINCHED AT FIRST EVER BIG3 BALLOUT IN DALLAS

– Performances From T.I. and Yella Beezy Add to Electric Atmosphere – 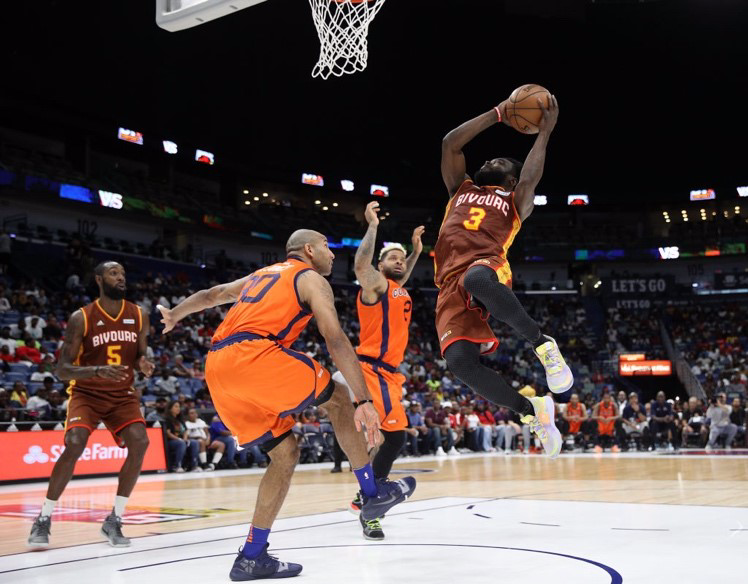 The first game of the Big3 Ballout saw Brian Scalabrine’s Ball Hogs get their first win of the season in game-wining fashion against a Bivouc team that desperately needed a win to keep its playoff hopes alive.

Despite a 27-19 halftime score in favor of Bivouac, the Ball Hogs found the grit and grind they had been looking for all season, especially in the closing moments that mattered most. The effort was led by Xavier Silas, who finished the night with 22 points and 7 rebounds.

But the play of the game belonged to DeShawn Stevenson. After Silas nearly pulled off the game-winner, Stevenson grabbed the offensive board, rolled to the corner and quickly got off the biggest three-pointer of the season for Ball Hogs. 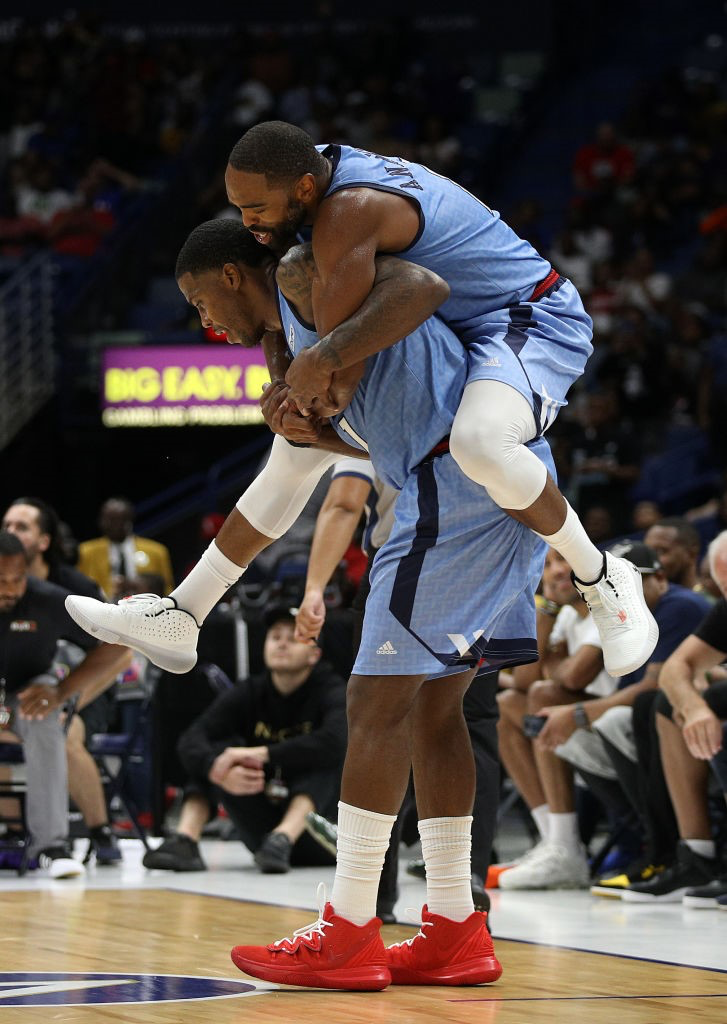 In the second game of the day, “Ice Man” George Gervin’s Ghost Ballers needed a big win over the league’s top team in order to clinch a playoff berth.

But the day belonged to “Iso” Joe Johnson and the Triplets, who finished with the top record this season at seven wins and only one loss.

After taking a 27-20 lead at the midway point, Lisa Leslie’s squad did not let up, steamrolling the Ballers with great play from Johnson, Sergerio Gipson and Jamario Moon.

With his 19 points, Johnson added to his MVP candidacy by setting a new league record for points scored in a single season with 175 in eight games played. The 7x All-Star also tied the single season assists record with 30.

With too many playoff scenarios to keep track of, 3 Headed Monsters knew they absolutely had to win to have a chance at the post season. All that stood in their way was the defending champions and second-best team in the league, Power.

The teams went back and forth for the entire game, but the Monsters used a late 14-5 run to nearly seal up the game 47-39 cushion.

After a late charge from Power, Monsters point guard Mario Chalmers drained a game-winning 3-pointer that would eventually go down as the shot to send his team to the playoffs.

Reggie Evans added to the night’s accolades for 3 Headed Monsters, as his eight rebounds marked his third straight season atop the single season list, setting a new record at 88, one more than the previous high, his tally of 87 in 2017. 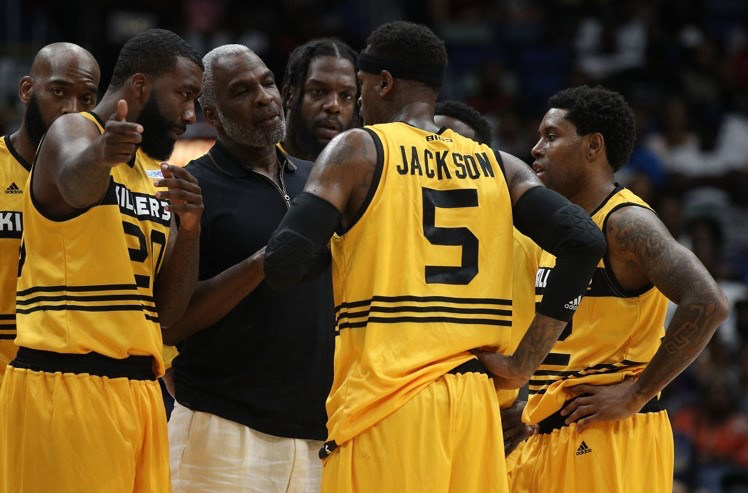 The Killer 3’s avoided a 4th loss in their last 5 games and clinched a playoff berth with a dominant win over the Enemies, who were eliminated from playoff contention.

A 15-6 game-ending run allowed Charles Oakley’s team to claim the 2nd seed in the playoffs thanks to a better overall point differential than Power.

The Killer 3’s looked to be back in top form, after racing out to a 7-0 lead and never looking back. C.J. Watson led the way with 13 points.

The squad will set their sights on their first meeting with Power since being blown out 50-28 in Week 6 of the 2018 season.

Going into the contest, Trilogy had a chance to clinch a playoff berth with a win but knew that its point differential likely wouldn’t be good enough to get into the playoffs with a loss.

Kenyon Martin’s team opened up an early lead and looked like a team up to the task at hand, but 3’s Company had other plans.

After trailing 10-5 early, Michael Cooper’s group put on a clinic, to the tune of a 45-18 run and allowing just eight points scored against them in the entire second half – the first time any Big3 team was held to single-digits in a half all season.

The win knocked the 2017 champs out of playoff contention.

While 3’s Company didn’t quite make the four-team cut for the playoffs, their 5th seed finish gives them one last game in New Orleans, where they’ll take on 6th seed Bivouac to open up the triple header.

Going into the last game of the 2019 BIG Ballout, Aliens needed a big to make the playoffs.

Despite being in what looked to be great position early to get that win, Tri-State had other plans.

Dr. J’s team finished the 1st Half on a 13-4 run to lead by 2 at the break. The frustration boiled over at the last break as Aliens head coach Tiny Archibald was hit with a pair of technical fouls and ejected.

The momentum carried in Tri-State’s favor for the rest of the game, the win marking the squad’s 3rd their last 4 games after a 1-3 start.

Amar’e Stoudemire lead the team with 17 points, including his last two which came on a game-winning tip-in. Jason Richardson wrapped up his strong season with 15 points while Nate Robinson added 10.