Do you struggle to buy produce at the supermarket? Wilmington Greenbox, a vegan company, not only conveniently sells fresh fruit and juice, but they’re mobile! The tribike consists of a bike with a cooler attached to it that the company uses to deliver healthy items to Wilmington’s residents. This service along with the kiosk started in 2016. The tribike program along with the kiosk are open from June through November 1st.

Customers can call Wilmington Green Box to order juices and have them delivered to them. Juices and fruit salads normally sell for five dollars, but are sold for four dollars when the team delivers them in the community. 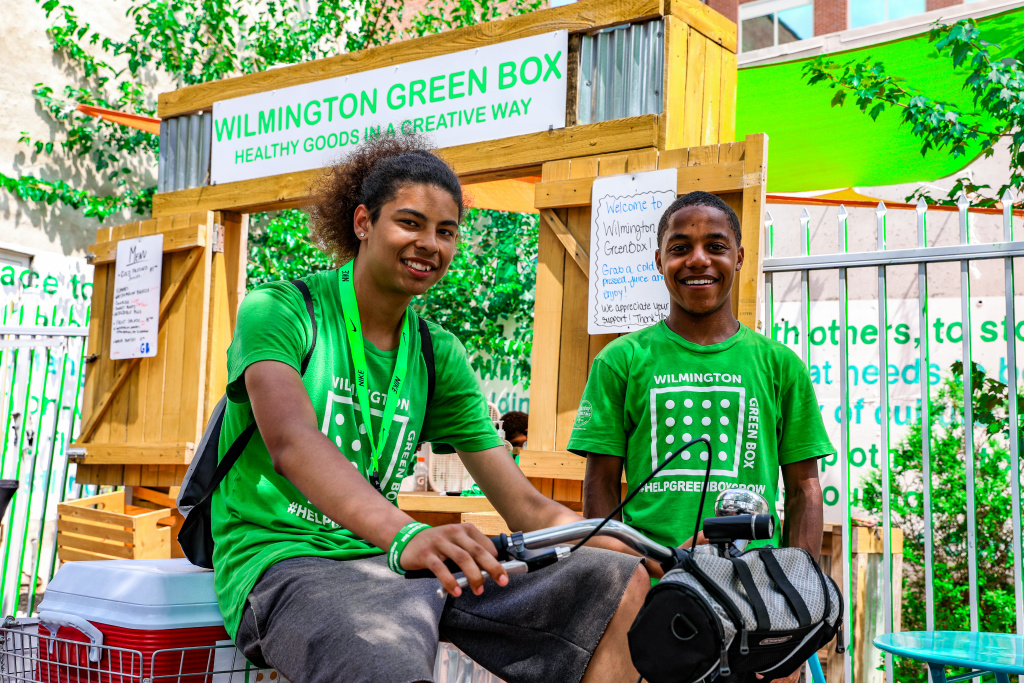 “We come up with a schedule. Where every day of the week there’s different parts of the neighborhoods that we concentrate on. We leave room for our teams to have flexibility with the goal to reach people that we know that may not have access to healthier food alternatives,” says Jason Aviles.

Not only does the tribike service help the community have access to healthy food and drinks, but helps Greenbox’s employees who are from the community maintain their own businesses.

“Our teams are in the kitchen early in the morning at seven a.m making these juices, bottling, labeling, sealing, and then selling them,” he says.  “They run all the cash, credit, and debit card transactions. They understand product knowledge, customer service, how to run a POS system. We even teach them how to go to the bank and make direct deposits,” he said. 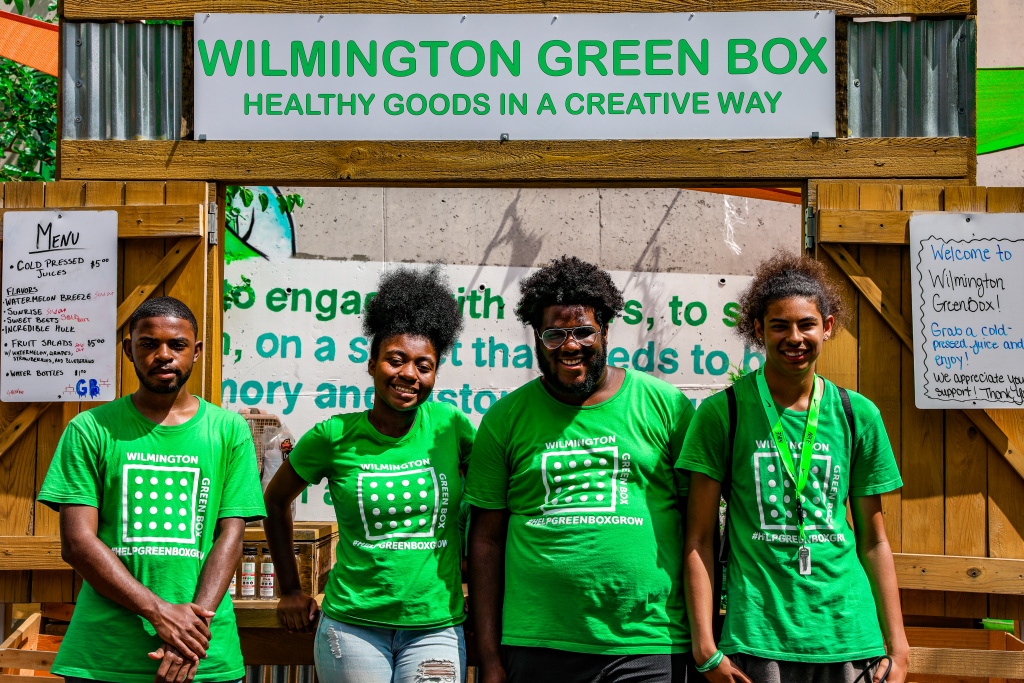 Jason defines their delivery radius as a box which includes the south side of Wilmington near Harlan Flats Apartments, on the north side to the Brandywine bridge, Walnut Street, and West Street.

“A lot of people don’t know where to begin in terms of finding access [to healthy foods]. When you live in a community and the only thing accessible to you is corner stores, chinese restaurants, fast food restaurants, liquor stores you don’t even know what you’re missing out on. You don’t know that kale exists or what you’re eating is not healthy,” he said.

Aviles says the tribike is an opportunity for them to meet people and build relationships through discussing their products and the health benefits.

Wilmington Greenbox will be opening up their restaurant and juice bar in the fall.