BIG3 BASKETBALL RETURNS TO QUEEN CITY FOR FIRST TIME SINCE 2017 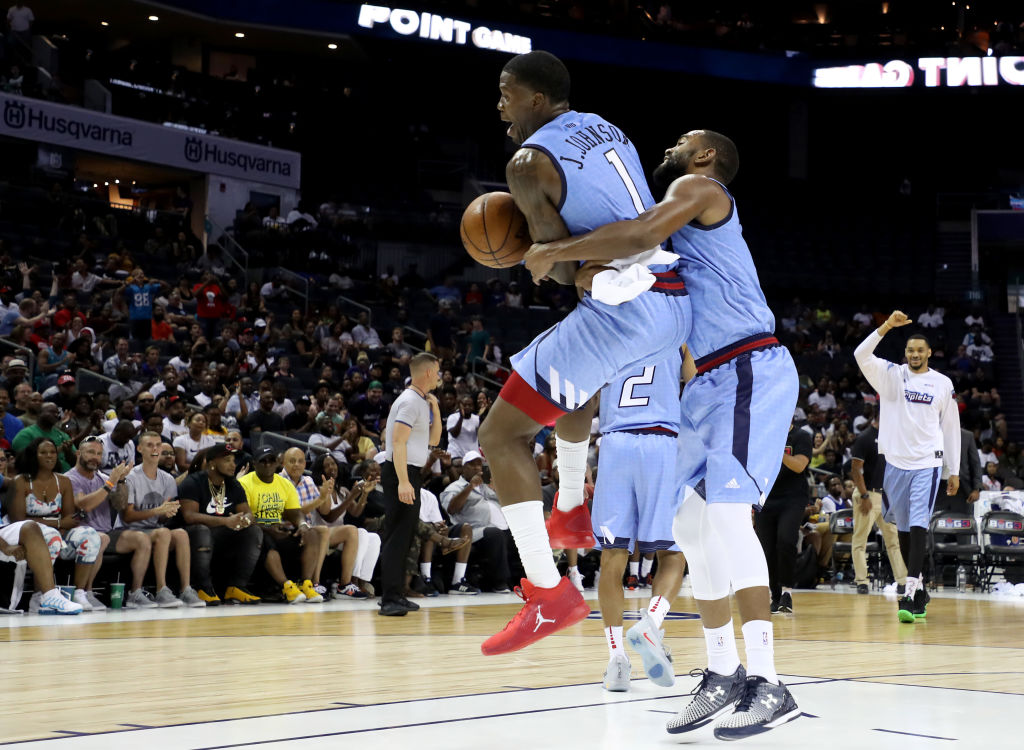 The Triplets’ (2-0) focus on ball movement and quality shooting resulted in another winning performance Saturday afternoon. Leading the way was team captain Joe Johnson, who worked through frequent double teams to put up another solid performance (20 pts, 8 reb and 5 ast). Former Bobcat and Hornet Al Jefferson helped build upon the Triplet’s inside out game with 14 points.

Johnson scored the team’s final eight points, including a major 4-pointer that put any Trilogy comeback hopes to bed.

Trilogy, despite the loss, put together a solid effort, shooting 54.8% from the field. They were led by stellar offensive play from James White, who scored 18 points and added six rebounds. DeShawn Stevenson contributed 14 points, five rebounds, three assists and two steals).

The second game of the day proved to be a tale of two halves. At the end of the first, the Ball Hogs – paced by a dominating performance from big man Will McDonald (27 pts and 11 reb) – held a 26-13 lead over Enemies. Coach Rick Barry and company eventually lost momentum when their first-year opponents, led by Craig Smith (21 pts and 4 reb), put together a 20-2 second half run.

Three-time NBA All-Star Gilbert Arenas (13 pts and three reb) scored the winning points for his new team. His late, 2-point free throw was enough to seal the deal for the squad’s impressive comeback win. Frank Robinson (8 pts and 11 reb) and Royce White (10 pts, 8 reb and 2 ast), who was ejected early into his BIG3 debut last week, added to the effort.

Killer 3s built upon its close Week 1 victory with a blowout win Saturday afternoon. The team lived up to their namesake, hitting six 3-pointers in the 18-point win. They improved to 2-0, behind 22 points from former Charlotte Bobcat Stephen Jackson (3-of-6 behind the arc, including a 4-point play), and the crafty playmaking ability of CJ Watson.

Killer 3s started to take things over just before halftime, beginning with a corner three from CJ Watson that gave them a 27-19 lead at the break. Several 3-point shots from Watson and a 4-point shot from Jackson allowed Coach Charles Oakley to get his bench involved and help close things out. Franklin Sessions would eventually seal the deal with a 3-pointer.