Wilmington Mayor Mike Purzycki today joined Delaware Governor John Carney in proclaiming Monday, March 25, 2019, as Greek Independence Day at a flag raising ceremony in Freedom Plaza outside the Louis L. Redding City/County Building, 800 North French Street. Michael Klezaras of the American Hellenic Educational Progressive Association (AHEPA) and Dr. Marina Mattheoudakis, Dean of the Greek Immersion Program at the Odyssey Charter School, along with dozens of Odyssey students, were among those in attendance at this morning’s commemoration. 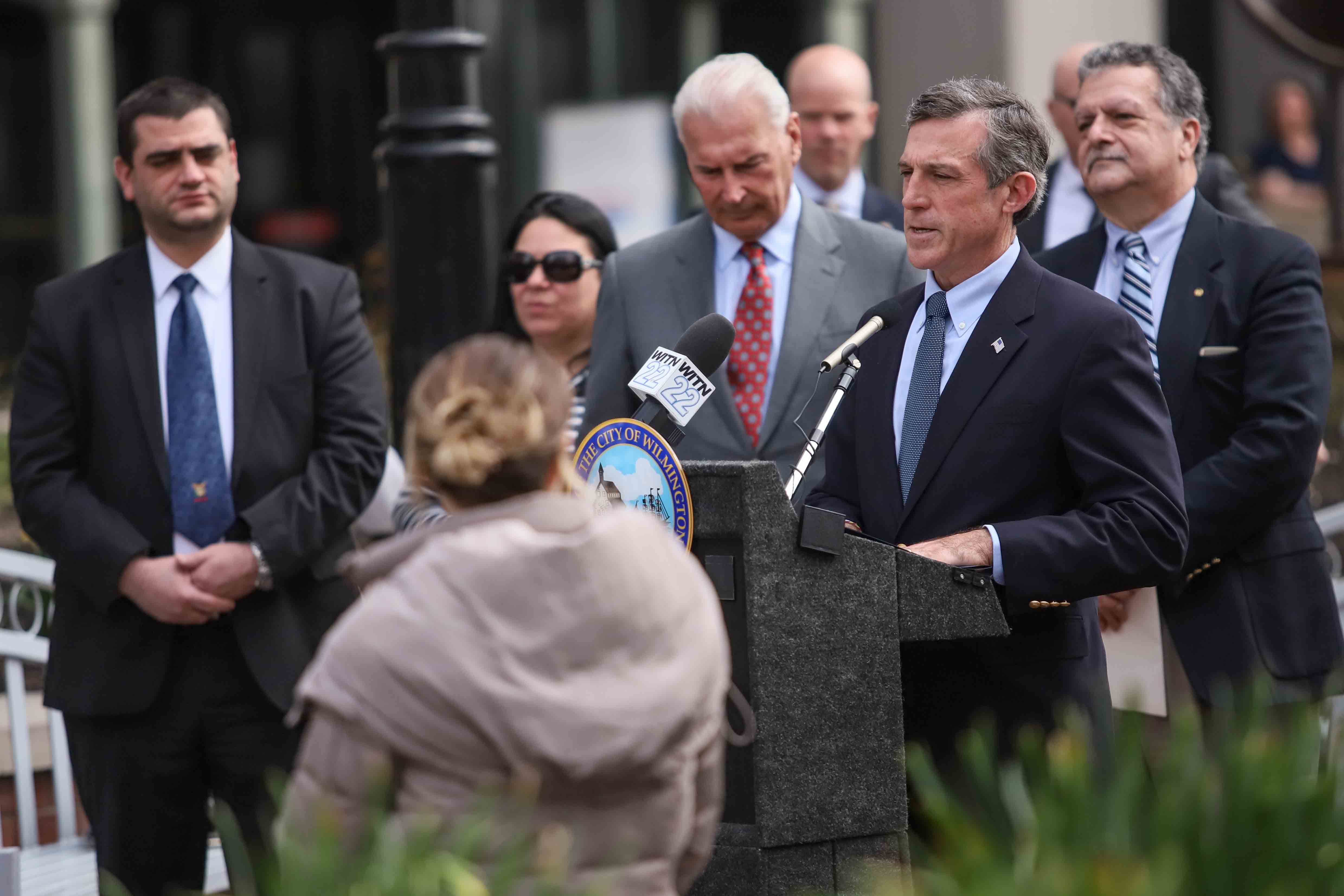 Delaware Governor John Carney gives remarks during a ceremony to celebrate Greek Independence Day Monday. March 25, 2019, at the freedom plaza between the City and State buildings. Photo By Saquan Stimpson

“We are proud to celebrate the diverse cultures and customs that strengthen communities across our state,” said Governor Carney. “Greek-Americans played a large role in the growth of Wilmington through the years, and we appreciate their many contributions, including Holy Trinity Church, Govatos Candies, and the annual Greek Festival. We are proud to honor the Greek community’s rich heritage today, and we thank Odyssey Charter School students and community members for joining this celebration.” 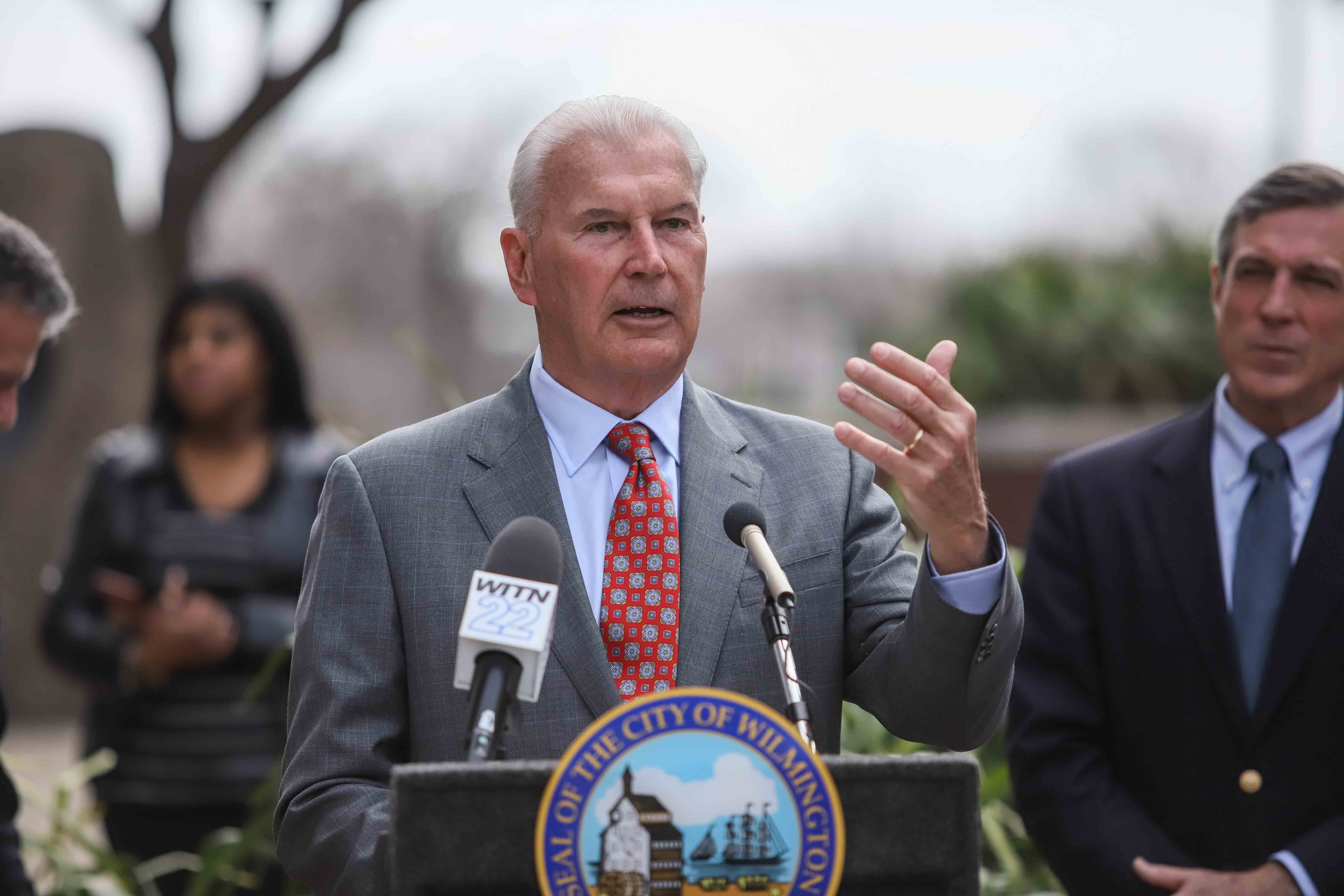 Wilmington Mayor Mike Purzycki gives remarks during a ceremony to celebrate Greek Independence Day Monday. March 25, 2019, at the freedom plaza between the City and State buildings. Photo By Saquan Stimpson

“It’s fitting that this year’s 198th Anniversary of Greek independence from the Ottoman Empire is celebrated in the First City of the First State,” said Mayor Purzycki, “so that free people everywhere can honor those who struggled to bring self-government back to the homeland of democracy.”

In issuing the City’s proclamation, Mayor Purzycki encouraged citizens of Wilmington and around the region to celebrate the Ancient Greek ideals, which continue to inspire citizens around the world, and to take on this day to honor Wilmington’s Greek families past and present “for their contributions to the culture and rich development of our City.” 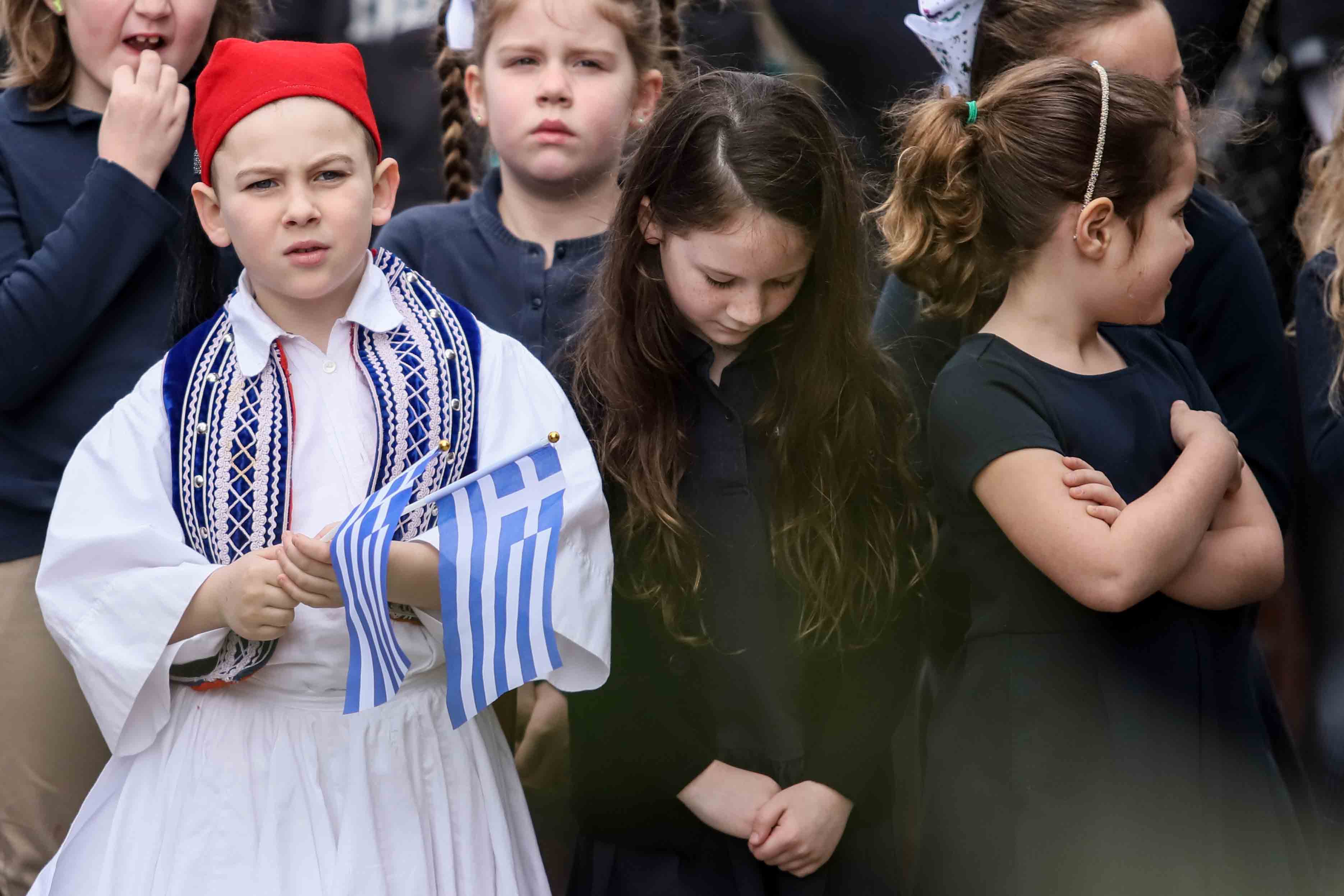 A little boy (LEFT) seen dressed in traditional Greek attire during a ceremony to celebrate Greek Independence Day Monday. March 25, 2019, at the freedom plaza between the City and State buildings. Photo By Saquan Stimpson 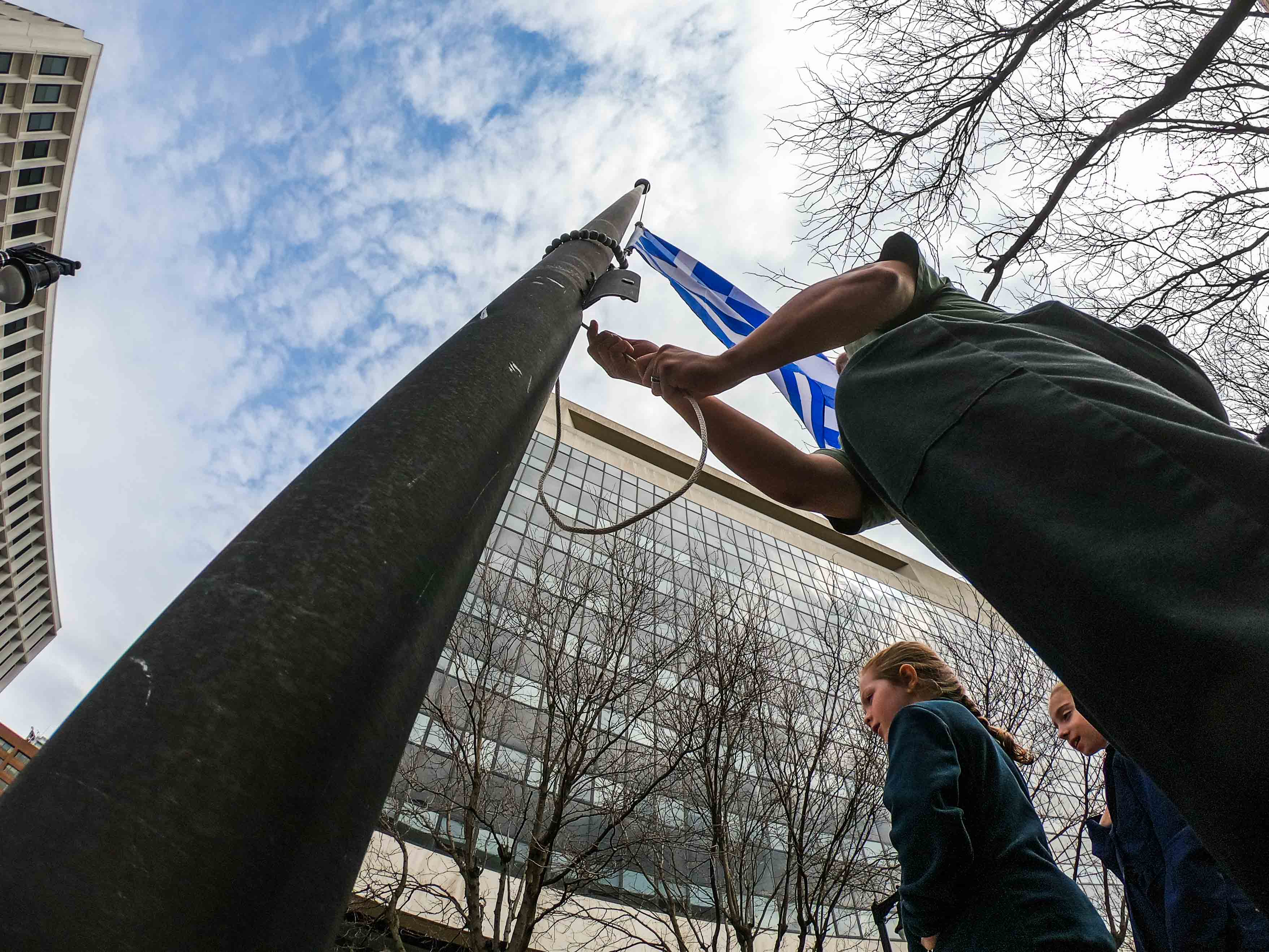 The Greek flag is hoisted into place during the singing of the Greek National Anthem. Photo By Saquan Stimpson

Odyssey Charter School
In 2006, Odyssey Charter School opened its doors as Delaware’s first mathematics content focused, 2nd language (Greek) elementary education charter school. Since then, Odyssey has provided Delaware families with a classical approach to public education. A rigorous standards-based curriculum and instruction in the Greek language is delivered in a challenging, yet nurturing, learning environment. Current enrollment is over 1000 students in grades K-8; the diverse student body includes students from five different public school districts. Odyssey Charter School was rated a Superior School by Delaware’s Department of Education in 2008, 2009, 2010 and 2011. For more information, visit: http://odysseycharterschooldel.com/