Delaware receives $1,509,471 for the Statewide Recidivism Reduction and Innovations in Reentry Grants

Dover, DE— The Delaware Criminal Justice Council (CJC) has been awarded $1.5 million in federal grant funding to build on state level-efforts to improve Delaware’s re-entry systems and reduce recidivism. The majority of funds will be administered by the Delaware Department of Correction (DOC) to prepare inmates and probationers for successful reentry. The grants are funded and administered by the U.S. Department of Justice’s Office of Justice Programs (OJP).

“We know that approximately 6,000 individuals are released from Delaware prisons each year and these grants will help us fund initiatives to improve the lives of those men and women and increase their chances for success,” said DOC Commissioner Perry Phelps. “These grants will allow us to amplify our pre-release programs by providing offenders with additional educational opportunities and job training, connecting them with community resources and changing attitudes about criminal thinking.”

In December, Governor Carney signed Executive Order 27 to improve reentry procedures for incarcerated individuals in Delaware. The Order created the Delaware Correctional Reentry Commission (DCRC) to focus on reentry reform, policies and procedures, with the goal of helping former inmates more successfully reenter their communities. “We have an obligation to make sure that Delaware offenders who have served out their sentences have a real opportunity to reenter their communities successfully, and positively contribute,” said Governor Carney. “The fact is, over 90 percent of Delaware inmates will leave prison. It’s in our best interest, as a state, to make sure that they have access to education, treatment, and job skills training that will help them succeed.” 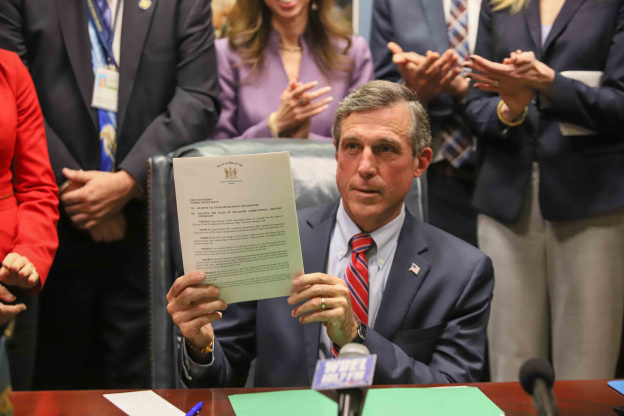 Governor John Carney signs Executive Order #27, which will focus on improving re-entry procedures for incarcerated individuals in Delaware on Dec 4, 2018, at the Governor’s Office in Wilmington, DE. Photo By Saquan Stimpson

“Delaware has been aggressive and forward-thinking in pursuing federal grants to increase our reentry efforts,” said Christian Kervick, Executive Director of the Delaware Criminal Justice Council. “It helps tremendously that our federal partners see the commitment of Governor Carney, DOC Commissioner Phelps, and five other state agencies to come together and coordinate the education, job skills, healthcare, social services and housing ex-offenders need to become productive members of our communities.”

According to the Bureau of Justice Statistics, over 2.1 million people are incarcerated in federal and state prisons, and millions of people cycle through local jails every year. Ninety-five percent of all people incarcerated in state prisons will eventually be released. Developing a comprehensive approach for reducing recidivism is challenging, requiring access to data, service delivery changes, coordination of multiple systems, and strategic planning. To address these challenges, in 2017, the U.S. Bureau of Justice Assistance competitively awarded SRR funds to five states, including Delaware, to develop comprehensive strategic plans for statewide recidivism reduction. 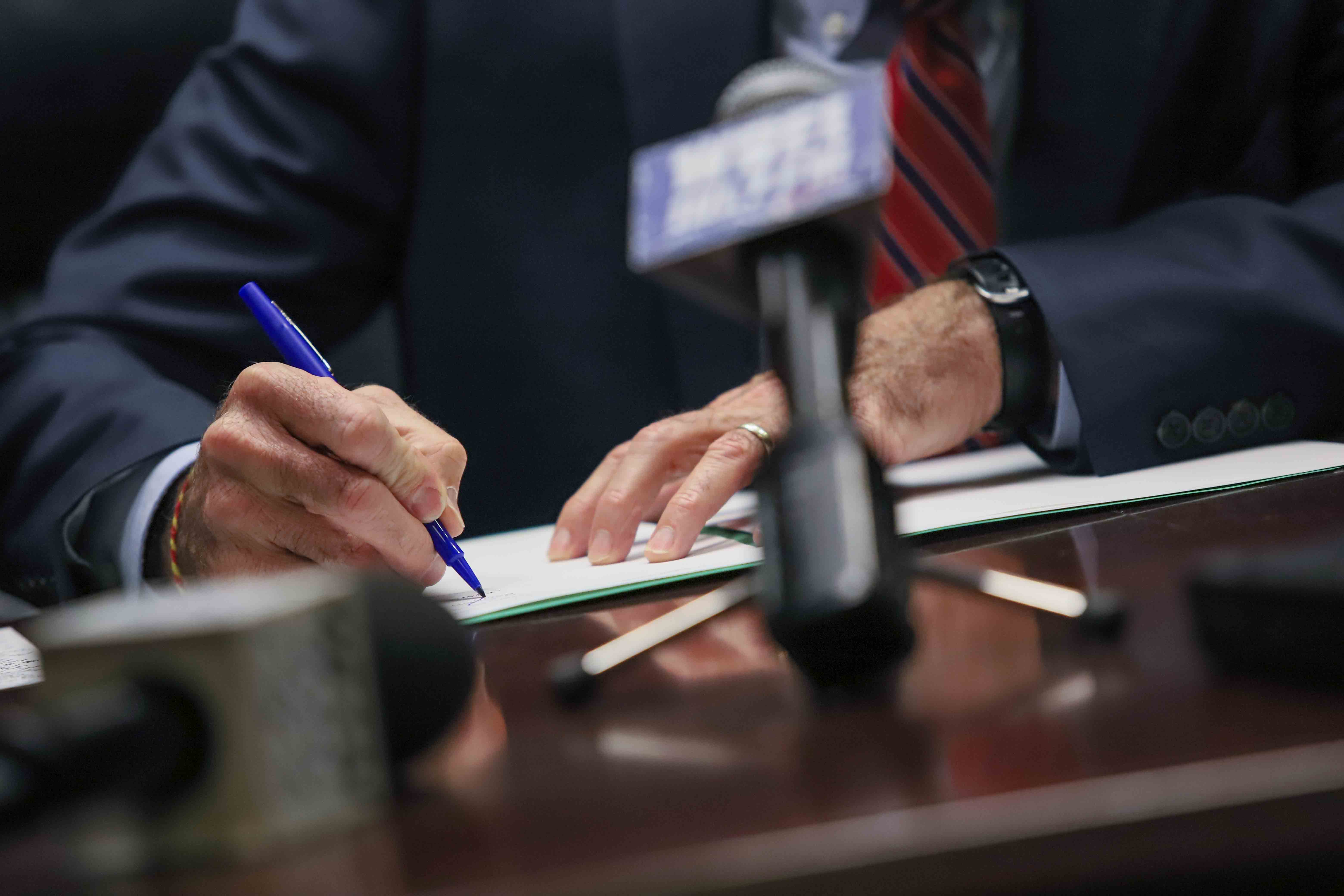 Governor John Carney signs Executive Order #27, which will focus on improving re-entry procedures for incarcerated individuals in Delaware on Dec 4, 2018, at the Governor’s Office in Wilmington, DE. Photo By Saquan Stimpson

Many of the new grant-funded interventions will be overseen by the newly-launched DCRC subcommittees, which include prisoner reentry issues such as employment, education, and collaborative case management. The newly-restructured DOC Planning, Research, & Reentry Unit will oversee implementation of the initiatives, working closely with other state agencies and community organizations. “What makes these grants exciting is that we have a statewide framework for reform, and we’re able to fund programs, interventions, and projects that directly support the direction for system reform that we’re all working towards together,” says the Chief of the Unit, Joanna Champney.

Second Chance Act grants support state, local, and tribal governments and nonprofit organizations in their work to reduce recidivism and improve outcomes for people returning to their communities from state and federal prisons, local jails, and juvenile facilities. Since 2009, more than 840 awards have been made to grantees across 49 states, which have served an estimated 164,000 people to date. To learn more about the Second Chance Act and read other information and resources related to reentry, visit NationalReentryResourceCenter.org.